National Security and Defense Council: Militants move their forces closer to the frontline

Kyiv, May 6, 2015. Ukrainian intelligence reports of pro-Russian militants amassing their forces at the frontline. They are moving military equipment from their transit bases and depots located in Krasnodon, Ilovaysk and other towns closer to the contact line. Military equipment has also been transferred from the militant-held territories in the south of the Luhansk region to the Luhansk itself. 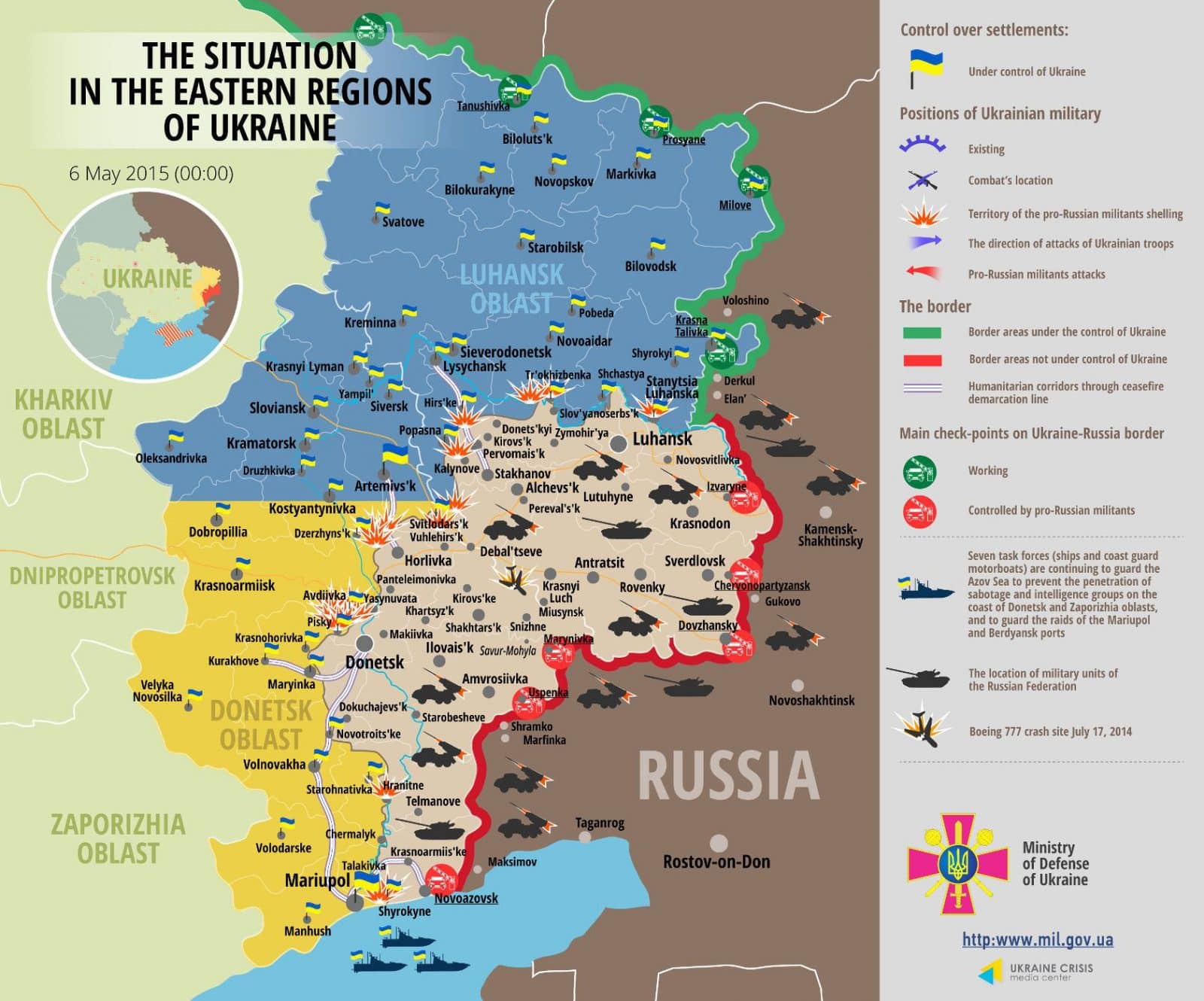 Militants have fired at the Ukrainian Armed Forces from weapons banned by Minsk agreements, including 120-mm mortars, 122-mm and 152-mm artillery and tanks. Shyrokyne remains the only major hotspot in the Mariupol sector. The enemy actively uses a wide range of weapons, particularly the 152-mm artillery, located in the area of Bezimenne village.

In the Donetsk sector, the tensest situation stands in the airport area: Avdiivka, Pisky and Opytne are under perpetual shelling. According to Andriy Lysenko, militants use heavy arms such as the large caliber artillery and mortars; militant snipers are active as well. Combat engagements continue on the outskirts of Horlivka. Over 20 mines, which were launched by the militants, exploded in the area near Mayorsk.

In the Luhansk sector, there was a series of skirmishes involving small arms.

Five Ukrainian servicemen were killed in action and 12 got wounded in the last 24 hours. The Ukrainian forces suffered most of these losses due to the road incident when an Ukrainian armored personnel carrier hit the mine laid by pro-Russian fighters in the area of Avdiivka.

Meanwhile Ukraine’s Security Service detained an insurgent who used to attack Ukrainian troops and police forces as one of the militants of the pro-Russian “Somali” faction. Ukrainian law enforcers also seized six anti-tank grenade launchers, assault rifles, grenades, explosives and ammunition during a search of a bus at one of the checkpoints in the Dnipropetrovsk region.