Kyiv, 1 December 2014 – In the anti-terrorist operation (ATO) zone intensity of shelling and of the enemy’s attacks increased while at the same time the number of militants decreased. On the roads in Rostov region of the Russian Federation there’s an increase of movement of Russian military equipment without insignia towards the Ukrainian border. Relocation of troops by military transport aircraft to Taganrog of the Rostov region (Russian Federation) is observed. The tendency for combat activity to intensify right after the arrival of the next so-called “humanitarian cargo” from Russia is observed once again. Most illustrative in this regard is the use of heavy artillery. Fiercest combat took place at the Donetsk airport. For the third day in a row militants are making unsuccessful attempts to storm this strategic object. As per the reconnaissance data Russian special operation forces are directly involved in storming of the airport. The enemy is suffering big losses, the airport remains under control of our military. ATO positions outside of Donetsk near population centers Opytne, Pisky, Georgiyivka, Maksymiljanivka and Avdiivka were shelled several times with artillery and mortars. 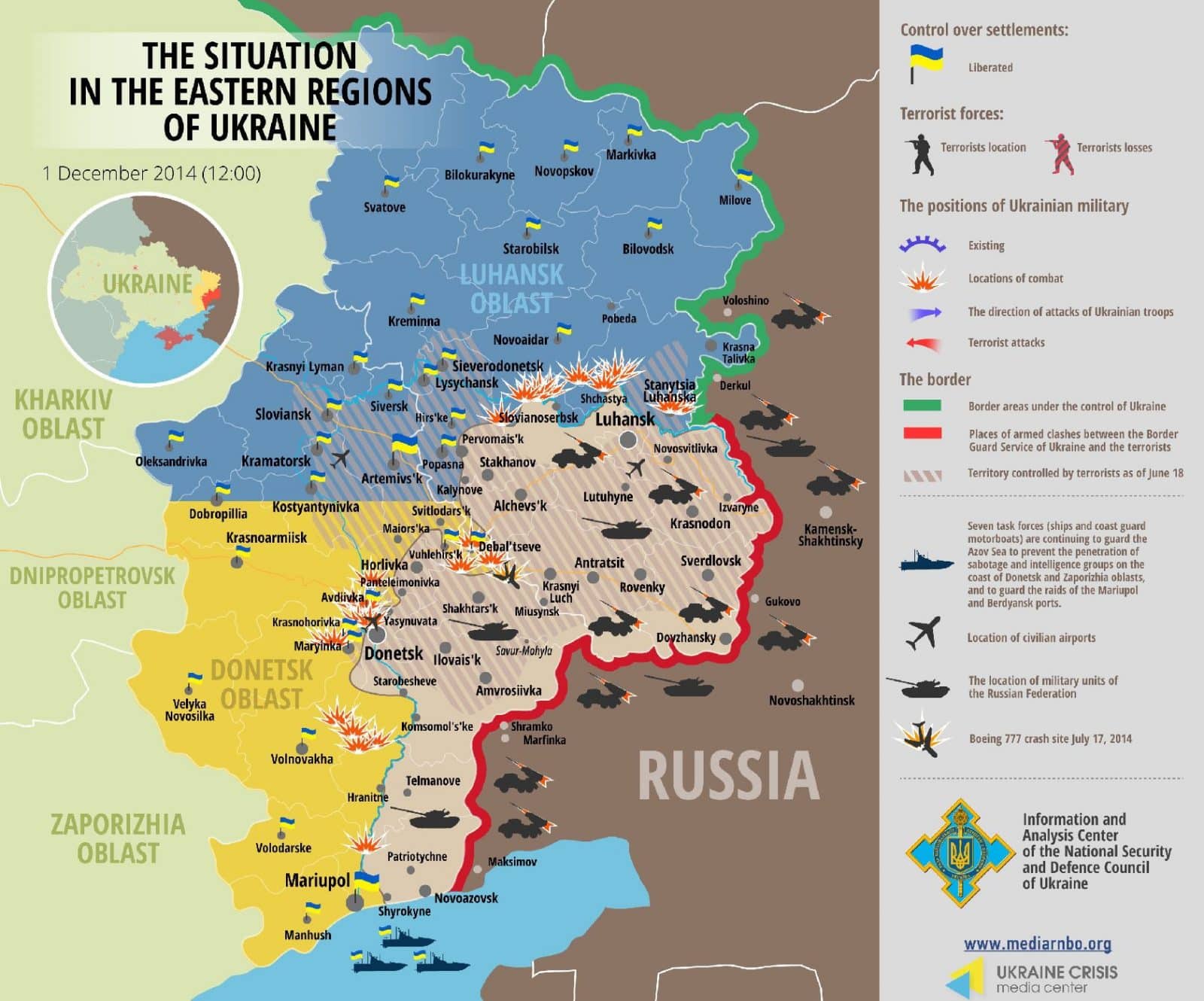 Militants increased shelling at the Luhansk direction. Ukrainian positions near Stanytsia Luhanska, Artem, Makarove, Heyivka and Shchastya were shelled with artillery and mortars. On Bakhmutka road terrorists shelled Ukrainian positions near Sokilnyky village three times with Grad afterwards made an attempt to attack these positions. The attack was repelled. Positions near Krymske village were also shelled with Grad. Militants fired at the strongholds near population centers Donetsky and Tryokhizbenka with mortars and small arms.

3 Ukrainian servicemen were killed in action within the last day, 14 got wounded.

As per the reconnaissance data more and more newly arrived mercenaries in Donbas are refusing to fight against the Ukrainian army. Considerable part of those mercenaries now coming to Donbas from Russia are aiming for quick enrichment through burglaries. These people have got no idea to fight for. Due to refusal to fight the number of internal conflicts between various gangs and the so-called leadership of the self-proclaimed “Luhansk-“ and “Donetsk people’s republic” increased.

Johannes Hahn, the European Commissioner for European Neighbourhood Policy & Enlargement Negotiations said the sanctions imposed on the Russian Federation by the European Union are working in the right way. In his words the economic situation in Russia shows that sanctions turned to be an effective tool. “I see that the sanctions are working as the economic situation in Russia is worsening. The reason is not only the decline of the oil price. Look at the ruble fall, the outflow of investment, inflation accelerating, deficit of certain goods and food products. It is very much visible for example in Moscow. At some point it will cause a proper reaction,” he stated.