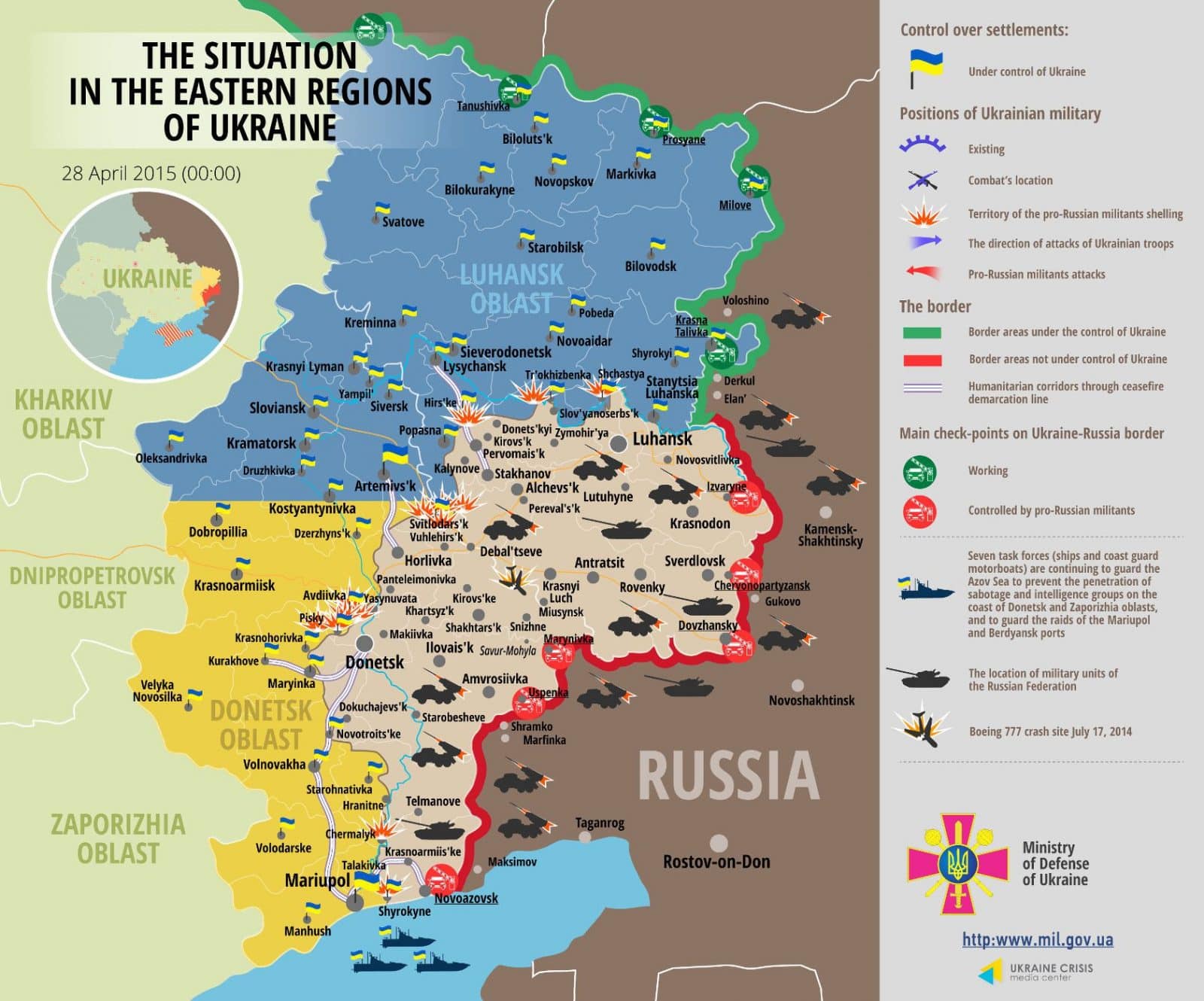 In the Donetsk sector, Ukrainian positions near Avdiivka remained the epicenter of fighting. Military situation was turbulent in the area of the Donetsk airport and villages around Svitlodarsk. Pro-Russian militants were active near Shyrokyne and Chermalyk in the Mariupol sector as well as near Zolote, Sokilnyky and Shchastya in the Luhansk sector.

One Ukrainian serviceman was killed in action and 14 more got wounded in the last 24 hours.

Over 4,000 servicemen who were wounded on the frontline received medical treatment in Ukrainian military hospitals. Over 460 servicemen are currently placed in health resort centers, while around 2,000 soldiers are staying in hospitals.

“DPR” insurgents are about to close more than 50% of mines on militant-held territories due to the militants’ inability to maintain their daily functioning.