Kyiv, June 2, 2015. In the Mariupol sector, fierce fighting in Shyrokyne lasted for the whole day. The enemy was firing from a variety of weapons, including 120-mm mortars, 122-mm artillery and tanks. Enemy snipers were active as well. 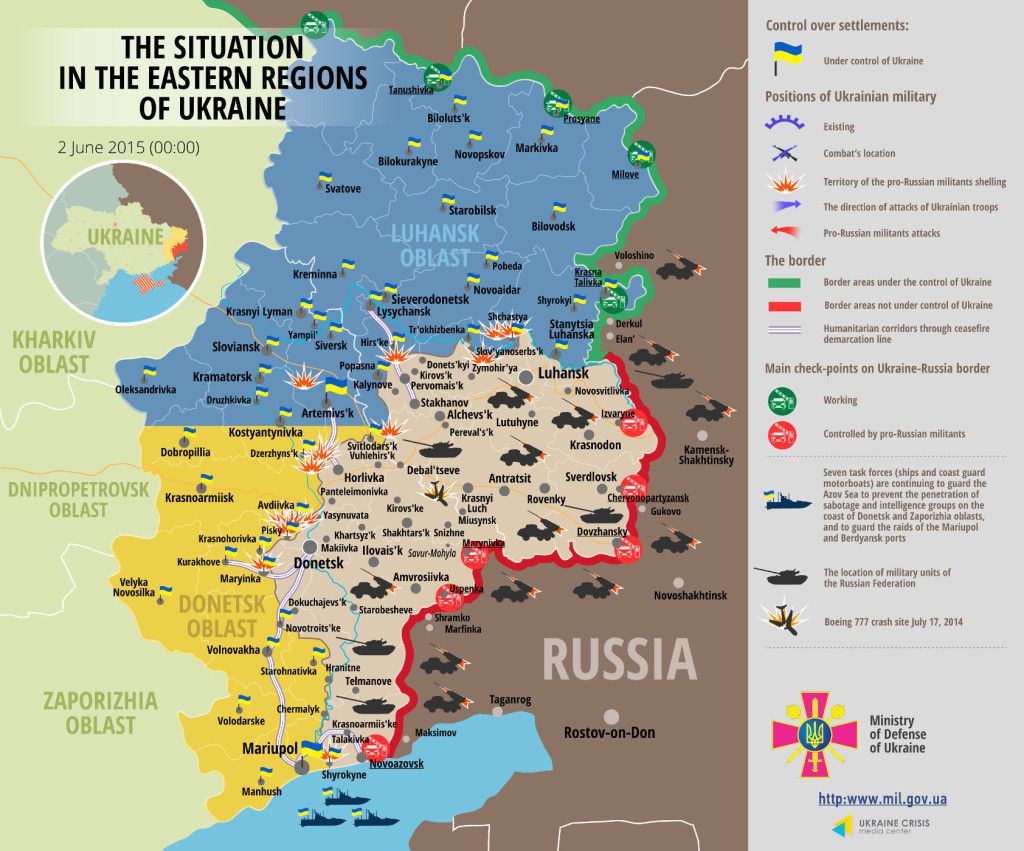 Most tense situation remains in the Donetsk sector: militants have fired along the frontline, stretching from Maryinka to Avdiivka, using heavy weapons prohibited by Minsk agreements at least at three different counts. Militants focused their fire from small arms on the eastern outskirts of Dzerzhynsk – Kirove, Leninske and Novhorodske.

In the Luhansk sector, ceasefire was generally holding. Several skirmishes with small arms occurred over the last day. No cases of heavy weapons were observed.

Ukrainian Armed Forces did not incur any lethal casualties; eight servicemen were wounded in action in the last 24 hours.