Kyiv, June 5, 2015. Extremely fierce fighting along the frontline have occurred over the last day, while pro-Russian mostly used heavy weaponry, such as Grad missile systems, 120-mm mortars and 152-mm artillery against the Ukrainian troops. 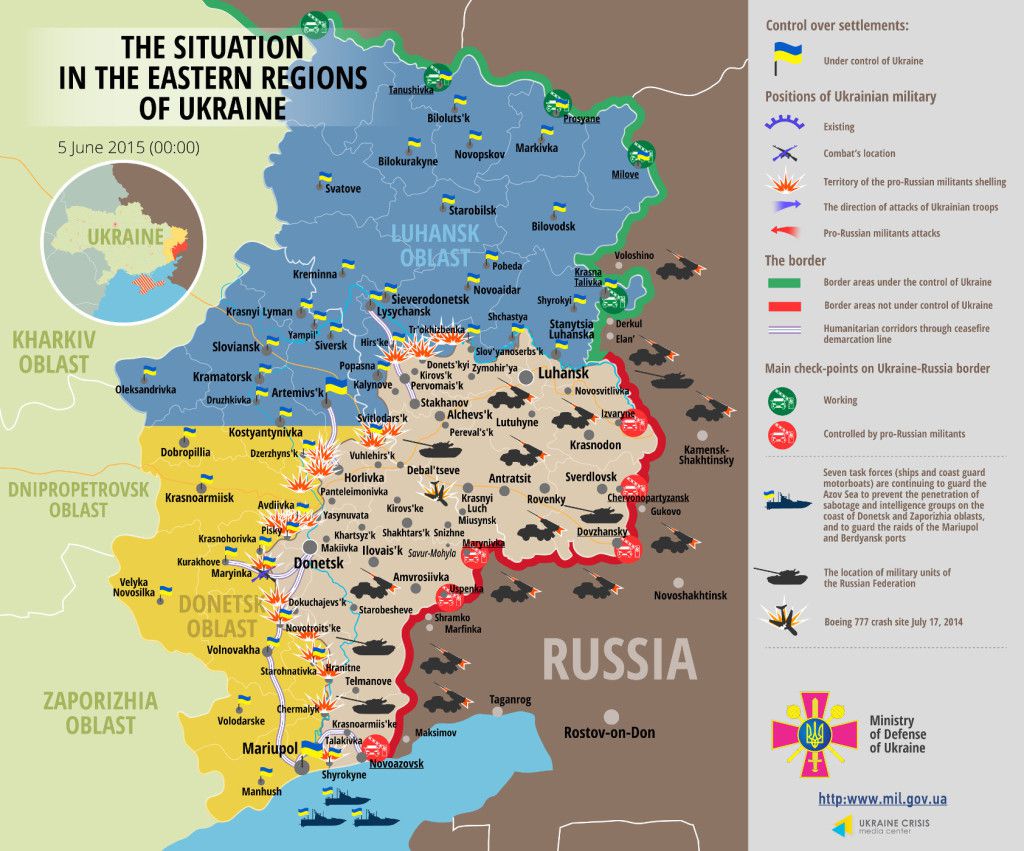 In the Mariupol sector, military action took place in Shyrokyne and Hranitne villages.

Most tense situation stands in the Donetsk sector: militants have been actively using heavy weapons in the airport area, Maryinka and on the southern edges of Hranitne. Militants also fired from the 152-mm artillery near Horlivka and Svitodarsk as well.

In the Luhansk sector, militants were active by Zolote to Krymske as well as mortared Novotoshkivske

Militants shelled not only Ukrainian military positions but peaceful towns in eastern Ukraine too. On June 4, Avdiivka was shelled from enemy mortars and tanks, while Hranitne came under fire “Grad” multiple rocket launchers. Evacuation of civilians from Maryinka and Krasnohorivka to safe areas of Donetsk region was announced due to threat to their life.

Ukraine’s Security Service detained an “LPR” subversive who was trying to blast the railway bridge in Kharkiv region. He was assigned with a mission to blast the train carrying military equipment to the Ukrainian troops in the ATO zone. The operatives seized a TM-62 anti-tank mine.

Three more wounded Ukrainian servicemen have been departed for medical treatment to Lithuania. Meanwhile, five our servicemen returned back from Lithuania after a medical rehabilitation course. Lithuania is ready to host around 50 more Ukrainian soldiers over the year.