National Security and Defense Council: Evacuation is underway for residents of frontline towns

Kyiv, 4 February 2015 – On 3 February, Ukraine’s Emergency Service evacuated 188 people, including 8 children, from the towns of Debaltseve and Svitlodarsk in Donetsk region. Those who stayed in Avdiivka could not be evacuated due to constant shelling yesterday. On 2 February, Ukrainian Railways provided free transportation for 235 internally displaced persons who left the Anti-Terrorist Operation (ATO) zone. 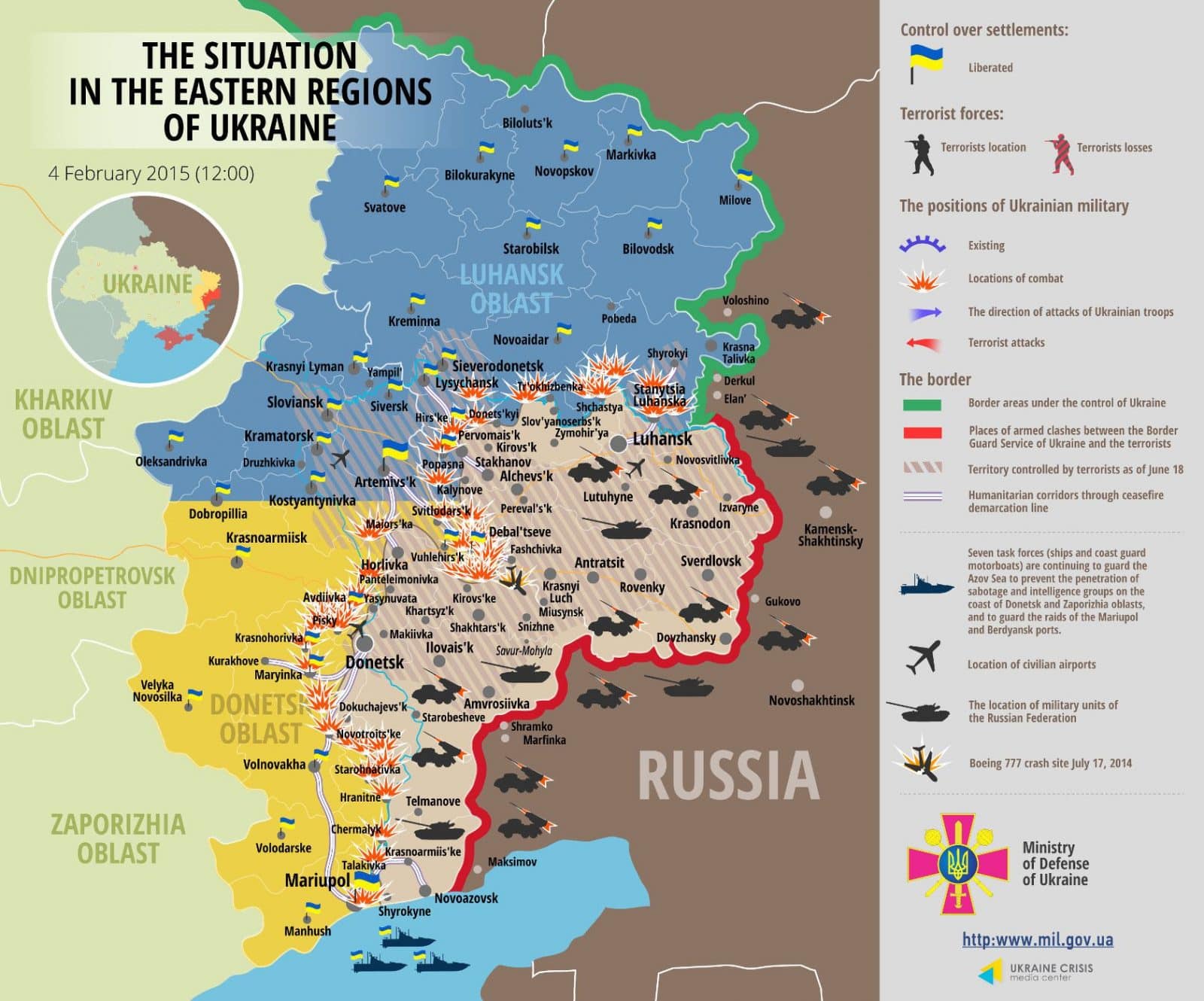 Ivica Dačić, the OSCE Chairperson-in-Office called for a localized 3-day ceasefire around Debaltseve to evacuate civilians from the area where fierce fighting between the Ukrainian Armed Forces and pro-Russian militants raged for more than two weeks. He addressed the special representative to the Trilateral Contact Group Heidi Tagliavini, asking to raise this issue within the Trilateral Contact Group. The truce should also be used for the immediate resumption of consultations in order to secure a sustainable cease-fire and the full implementation of the Minsk agreements, which remains as the basis for a peaceful settlement of the crisis.

Russian-backed militants conducted a large-scale offensive at the Ukrainian positions near Debaltseve and Severodonetsk, as well as near the city of Shchastya and Stanytsia Luhanska. Militants are amassing ammunition, weapons, military equipment and manpower to resume firing on the areas around Debaltseve and Volnovakha. Militants suffered losses in manpower and military equipment in the last 24 hours. According to the North (Pivnich) Operations Command, an enemy’s tank was destroyed in the area of Smile, and their APC eliminated near Zhovte. Militants try to conduct active subversive-reconnaissance activities along the disengagement line as well as at the infrastructural facilities and on supply routes used by the ATO forces. Our military spotted an enemy’s UAV, flying at high altitude, in the Telmanovsky district of Donetsk region yesterday. Four Ukrainian servicemen were killed in action and 25 were wounded in the last 24 hours.

Avdiivka and Debaltseve are cut off from heating, water and power supply due to incessant fighting. Terrorists shelled the village of Artema in Luhansk region, damaging the “Northern Caucasus (Pivnichny Kavkaz) – Center” gas pipeline.