National Security and Defense Council: Another “humanitarian” convoy from Russia crossed into Ukraine

Kyiv, 12 December 2014 – Yesterday no cases of heavy military equipment, artillery or Grad multiple rocket launcher systems in use were observed in Eastern Ukraine. One Ukrainian serviceman was injured having triggered a trip wire in the area of Pisky town. Illegal armed groups are holding organizational and mobilization measures to create the unified command in control of the defined gangs and to form the brigades according to the Russian standards. The brigades are being mainly staffed with the so-called “volunteers” from the Russian Federation. 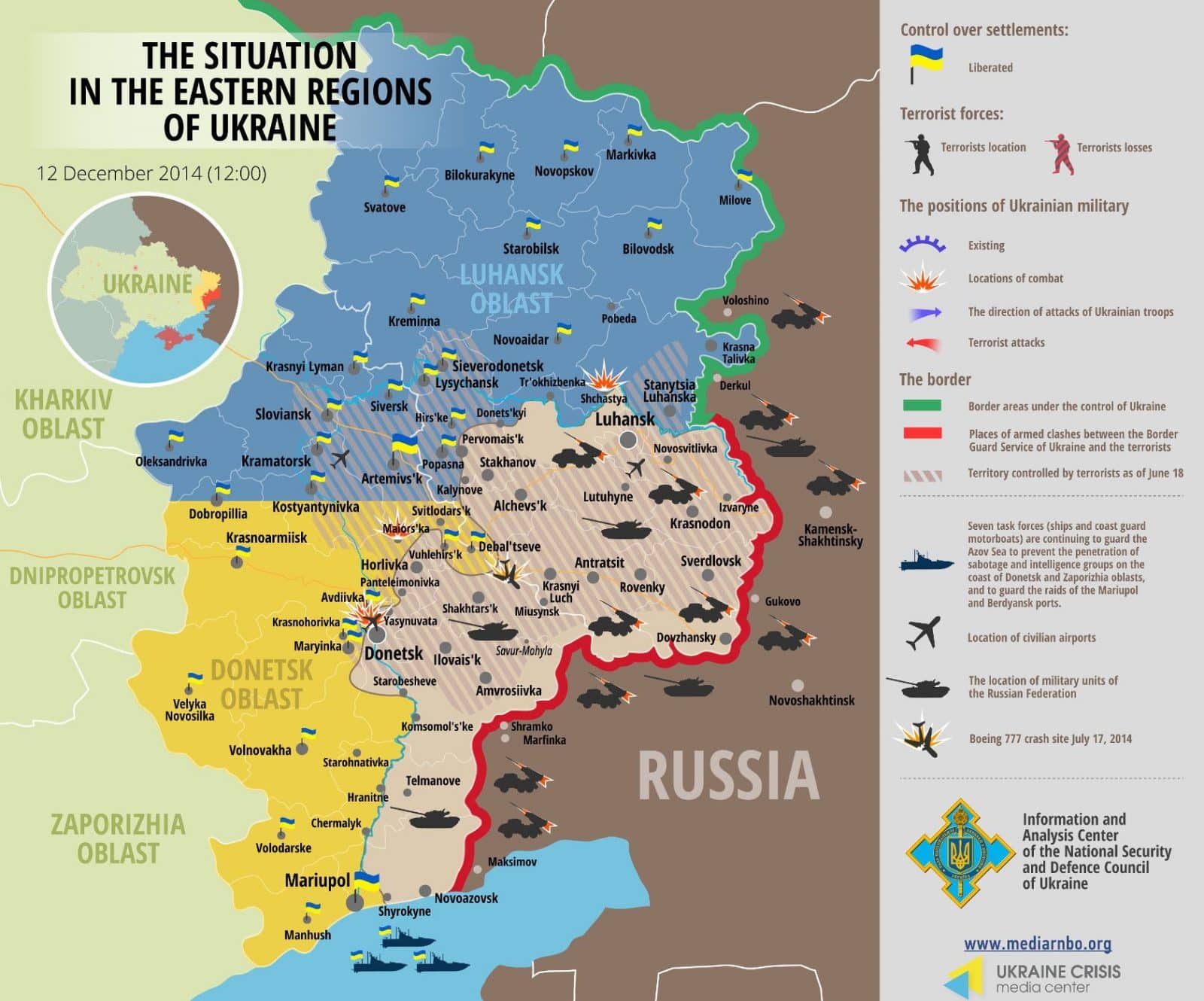 This morning at around 9 am 141 vehicles of the 9th so-called “humanitarian convoy” crossed into Ukraine from the Russian Federation via border crossing points Izvaryne and Uspenka. Neither Ukrainian border guards nor customs officers were let conduct checks on the cargo, no supporting documents foreseen by respective procedures were made available.

Within the last day militants violated the “silence regime” 6 times in total. Small arms fire was spotted in the area of Mayorske village in the outskirts of Horlivka, near Pisky town and in the area of Shchastya. Militants provoked Ukrainian servicemen at the Donetsk airport twice by firing from under barrel grenade launchers.