Kyiv, April 3, 2015. Areas outside of Horlivka have been the hotspot of the conflict yesterday. Ukrainian troops successfully fought off the attack of a group of 10 militants in the area of Mayorsk around midday. Our troops did not incur any casualties. 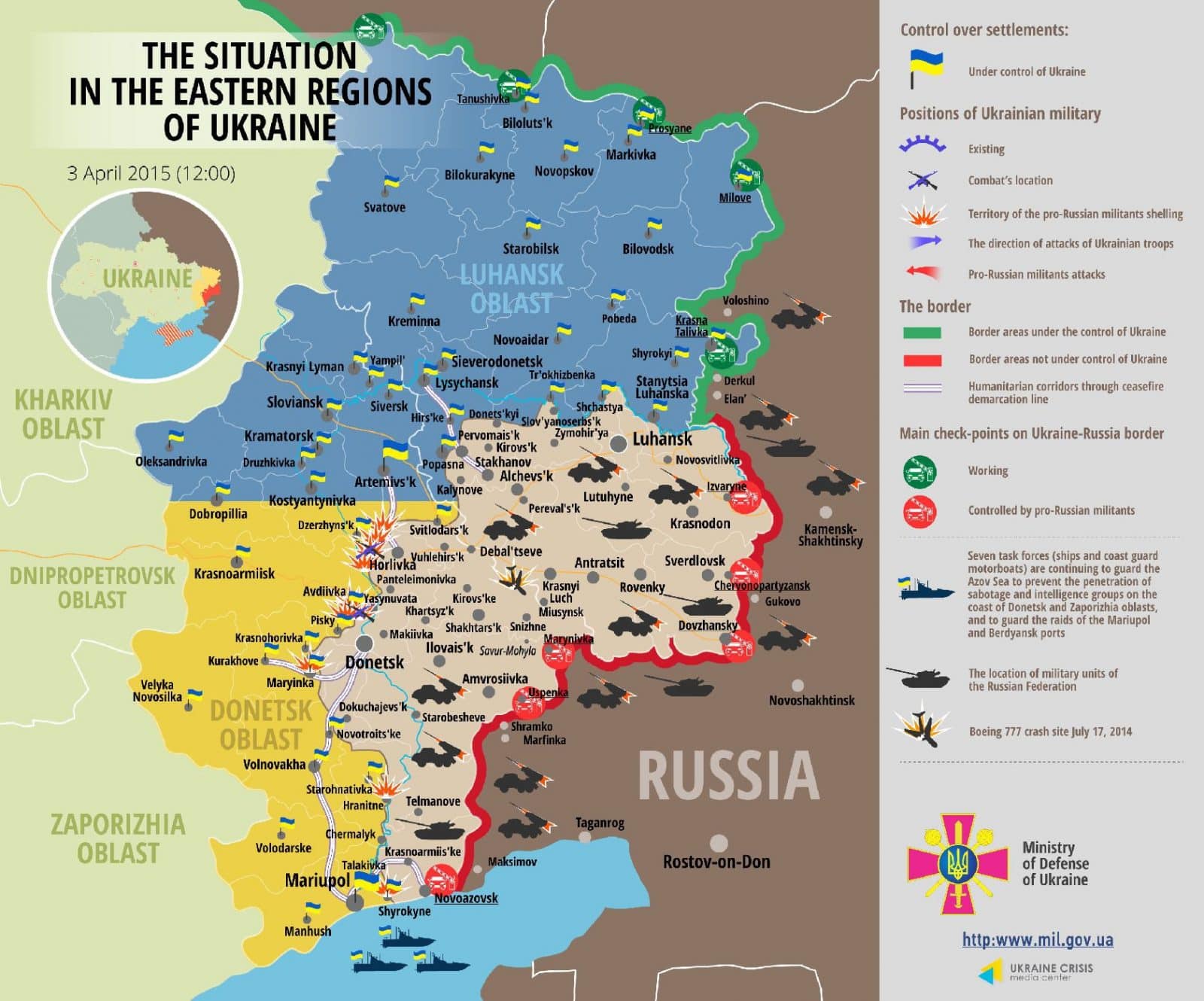 Ukrainian Armed Forces did not suffer any lethal casualties in the last 24 hours; three servicemen were wounded.

Meanwhile, the Donetsk police investigate the murder of the officer from the Sokil police force that occurred when he was trying to detain Russia-backed subversives in Mariupol. Ukrainian police detained a bomb maker and seized around 10kg of ammonium nitrate explosive in the local private house rented by militants.

Ukrainian bank employees from the Khmelnytsky region donated medical equipment and drugs to the local military hospital as well as one of the Special Forces unit.

On the other hand, pro-Russian militants mostly steal the humanitarian aid for the residents of Donbas. Also, militants in the Donetsk region have intensified their searches for the locals with pro-Ukrainian views.

The President of Ukraine Petro Poroshenko awarded posthumously Lieutenant Colonel Yuriy Kovalenko with the Golden Star of the Hero of Ukraine. The President visited Captain Dmytro Merzlikin and awarded him with the third-class Order of Bohdan Khmelnytsky.