Kyiv, March 4, 2015. Russian 17th so-called “humanitarian convoy” has invaded Ukraine: 166 trucks illegally crossed the Russia-Ukraine border through “Donetsk” and “Matveev Kurgan”. Most of the vehicles were transporting non-humanitarian cargo. The trucks moved in blatant violation of the international law as representatives of the International Committee of the Red Cross did not inspect the cargo. Russian TV covered movement of the convoy. 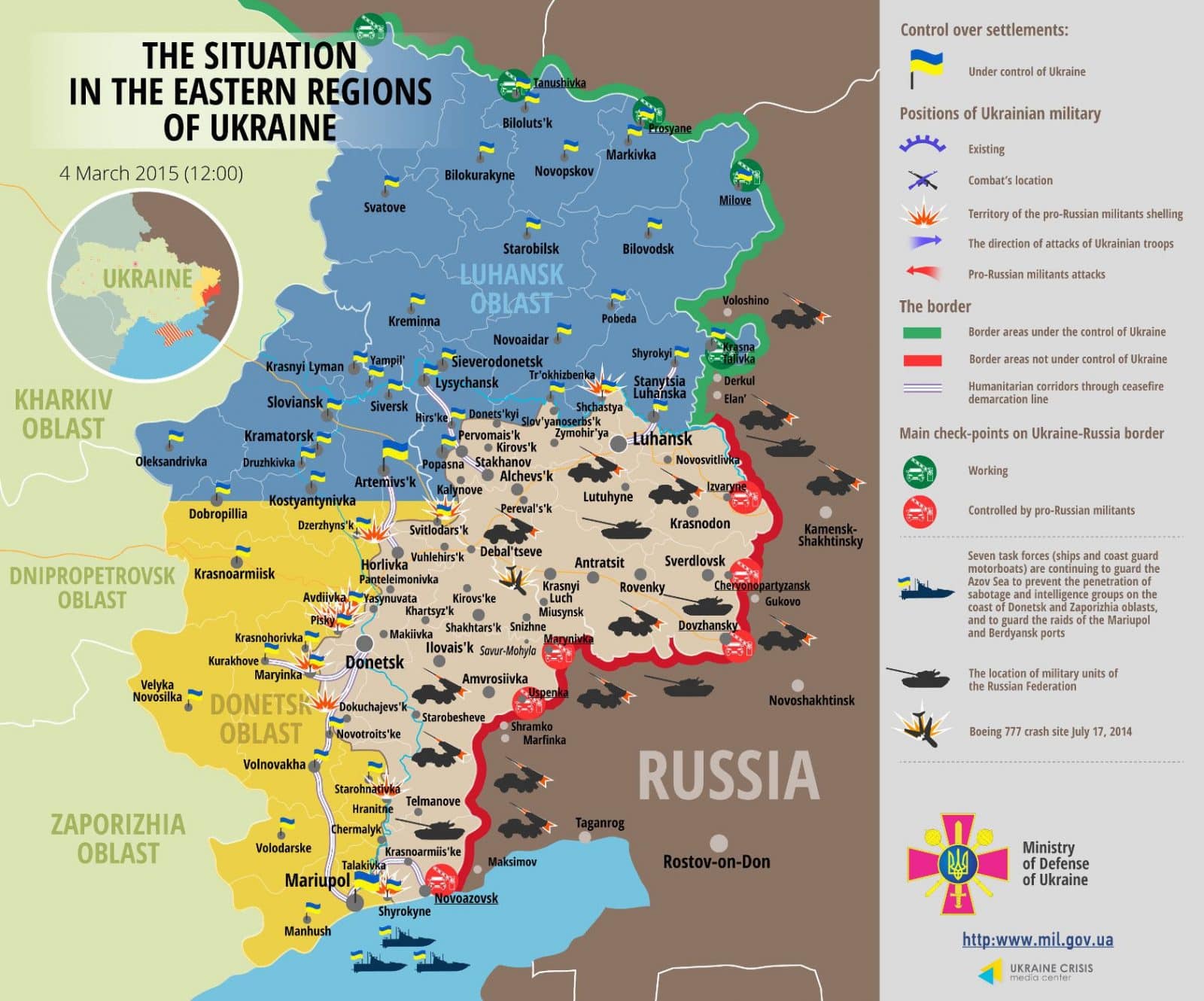 Although ceasefire is generally adhered to, there are isolated incidents of armed provocations. The enemy has focused its activities at the Donetsk direction. Opytne, Pisky and Berezove came under militants’ fire. They also shelled Avdiivka from the artillery and mortared Vodyane. Moreover, insurgents fired at Shchastya from grenade launchers and small arms. Militant sniper was active near Lebedynske, which is close to Mariupol.

Ukrainian Armed Forces continue reinforcing defense lines, and are getting ready to the second stage of artillery systems. One Ukrainian serviceman was killed in action and one got wounded in the last 24 hours.