Kyiv, February 22, 2015. Ukrainian authorities have managed to free 139 Ukrainian servicemen, who have been taken hostage by the pro-Russian militants in exchange for 59 insurgents on February 21. One more Ukrainian serviceman will be released from captivity within the next few days. 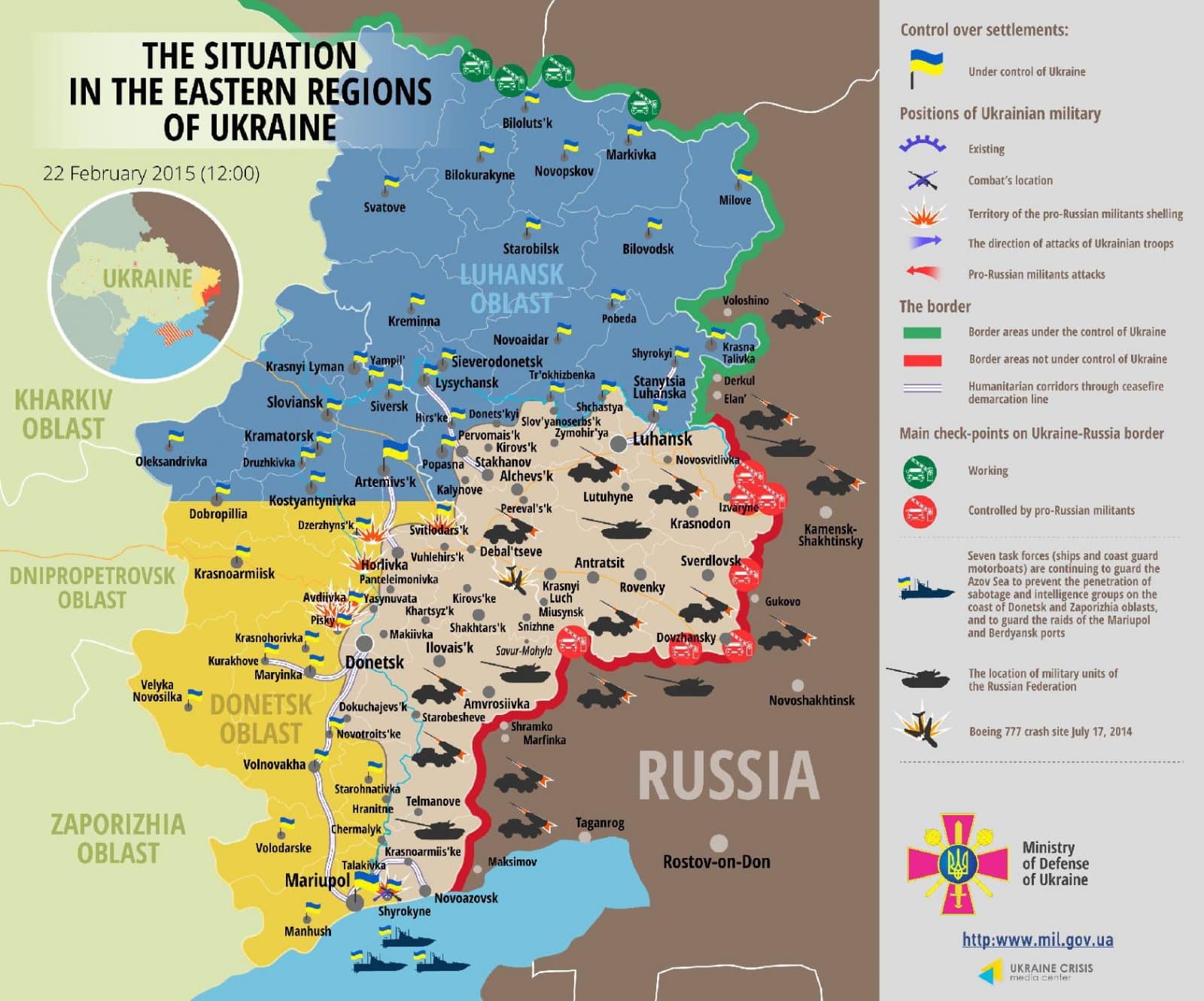 The intensity of military action in the Anti-Terrorist Operation zone has decreased in the last 24 hours. Russia-backed militants did not attack positions of the Ukrainian Armed Forces from 10 pm, February 21, to 7 am, February 22. Nevertheless, the militants continue to use heavy arms instigating armed provocations against the Ukrainian military. Thus they have attacked Ukrainian positions 44 times on February 21.

The planned withdrawal of the heavy arms had been scheduled to start today in accordance with Minsk agreements. The comprehensive implementation of the peace plan has been agreed with the representatives of the so-called “Donetsk People’s Republic” and “Luhansk People’s Republic”.

Pro-Russian mercenaries shelled Ukrainian positions with multiple rocket launch systems, mortars and the artillery near Pisky, Opytne, Vodyane and Tonenke. Innocent people fall victim as a result of these provocations. On February 21, militants shelled Avdiivka, killing three civilians. Also, one Ukrainian serviceman was killed and three others got wounded in the last 24 hours.

Russia continues to supply its proxies in breach of the Minsk agreements. Ukrainian intelligence reported that 60 units of military equipment have arrived to Amvrosiivka station in the Donetsk region. Two more convoys of the Russian military equipment crossed the Ukrainian-Russian border through the “Izvaryne” checkpoint, going toward Krasnodon and Luhansk.

Ukrainian soldiers spotted 14 UAVs in Mariupol, Donetsk and Luhansk sectors. One enemy UAV has been taken taken down in the area of Starobilsk.

OSCE international observers and representatives of the International Committee of the Red Cross arrived to Debaltseve. The latter delivered 5 trucks with food and medical aid to the city. Pro-Russian mercenaries refused from the Ukrainian humanitarian aid.