There were 78 attacks on the Ukrainian positions in Donbas on Thursday, March 2, which resulted in wounding eight Ukrainian soldiers in action, while one was killed in action, according to the press center of the Anti-Terrorist Operation headquarters. 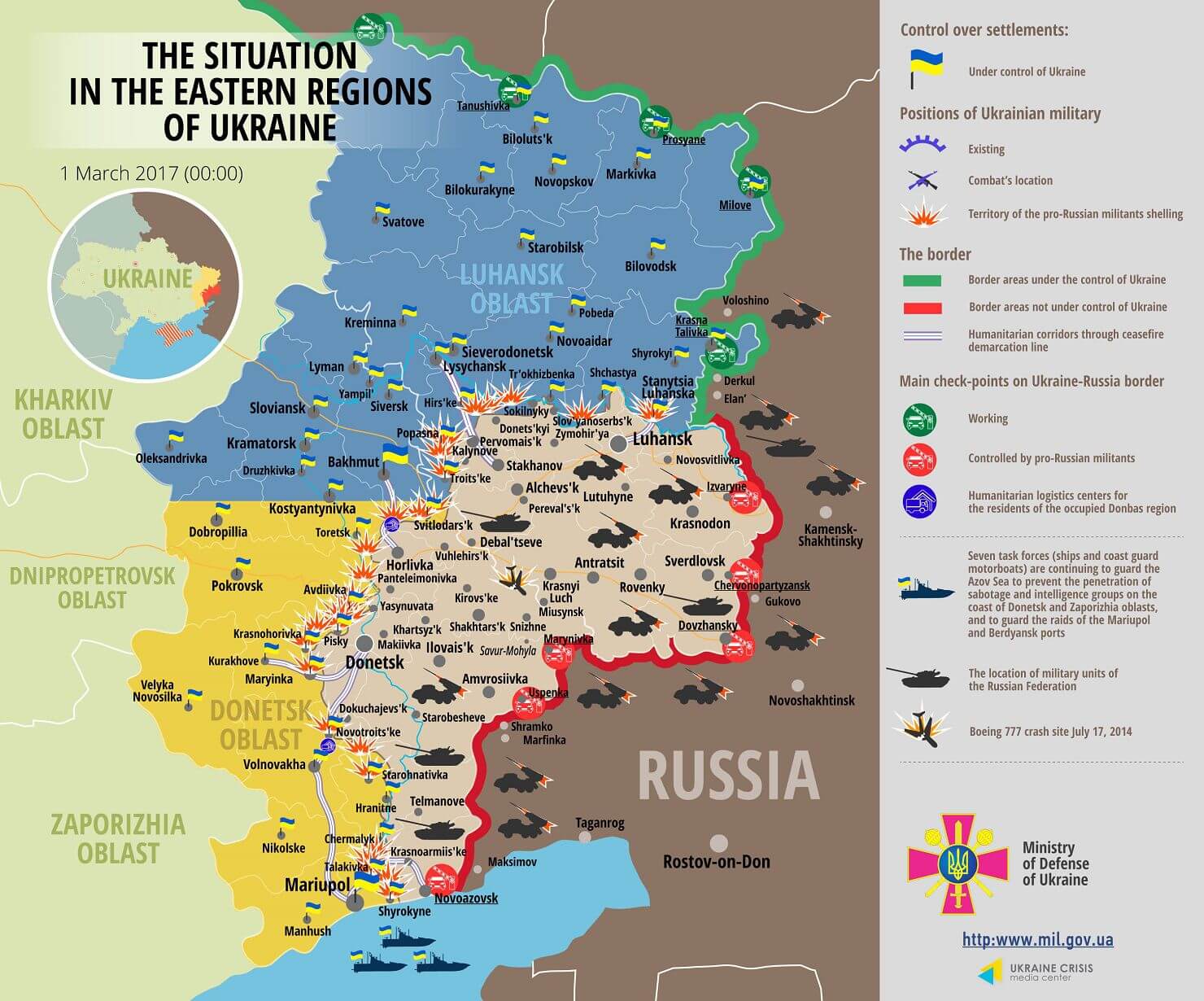 The occupiers continued using weapons banned under the Minsk peace agreements. In particular, they resorted to the use of a Grad launcher, which lobbed 20 rockets into the Ukrainian-held village of Vodiane in the Mariupol sector.

They also used mortars to shell the villages of Hnutove and Vodiane, while grenade launchers and small arms were used to fire on the villages of Shyrokyne, Starohnativka, Lebedynske, Talakivka, and the town of Maryinka.

Shyrokyne, Lebedynske and Maryinka were also under sniper fire. What is more, Shyrokyne, Novohryhorivka and Hnutove were attacked by enemy infantry fighting vehicles.

Russian`s hybrid military forces also used banned heavy weapons in the Luhansk sector. In particular, they launched attacks on the village of Novozvanivka with the use of 152mm artillery systems. The villages of Novo-Oleksandrivka, Novozvanivka, Katerynivka, Krymske, and Malynove were under mortar fire.

Ukrainian troops stationed in the Donetsk sector were attacked by a main battle tank. The occupation forces also used 120mm and 82mm mortars to shell the town of Avdiyivka and Butivka coal mine. Grenade launchers were used to shell the villages of Opytne, Pisky, Kamyanka, and Luhanske. The latter was also attacked by an infantry fighting vehicle. Small arms were used to fire on the village of Nevelske.

Kamyanka and Novhorodske were also under sniper fire. Anti-aircraft weapons were used to shell Troyitske and Avdiyivka.

The occupation forces were reported to have pulled banned artillery systems closer to the contact line in Donbas.