Combined Russian-separatist forces attacked Ukrainian army positions in eastern Ukraine 47 times in the past 24 hours, including 26 barrages in the Mariupol sector, 13 in the Luhansk sector, and eight in the Donetsk sector, according to the press service of the Anti-Terrorist Operation (ATO) Headquarters. 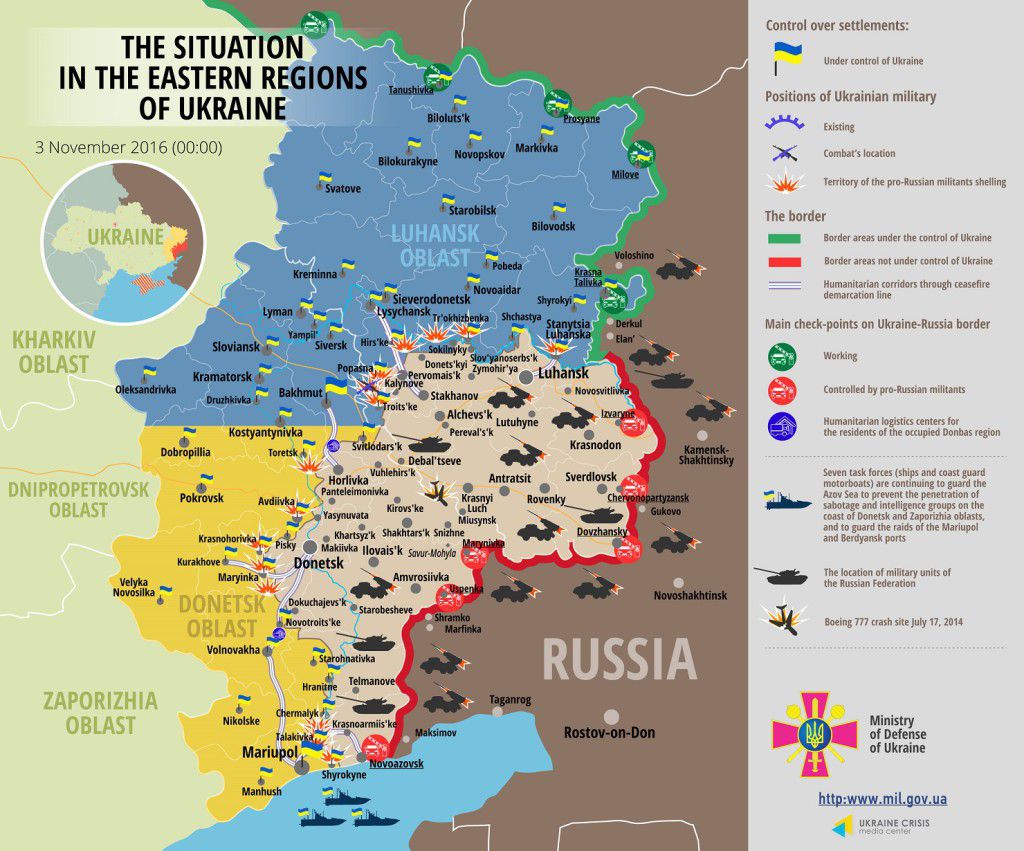 In the Mariupol sector, the militants used grenade launchers in the village of Pavlopil, as well as infantry fighting vehicles, armored personnel carriers, grenade launchers and small arms near the town of Maryinka. They also fired 82mm and 120mm mortars on the Ukrainian fortified positions near the town of Krasnohorivka, and the villages of Shyrokyne, Taramchuk, Hnutove and Talakivka. In these areas of defense, the enemy increased the intensity of attacks with grenade launchers, heavy machine guns and small arms.

In the Donetsk sector, the occupiers opened fire from machine guns and grenade launchers on the defenders of the village of Novhorodske, as well as fired from guns of infantry fighting vehicles and small arms in the village of Troyitske. In the town of Avdiyivka, the militants once again used 82mm and 120mm mortars.

Ukraine`s Defense Ministry said on Wednesday that Russia`s hybrid military forces doubled attacks in October from September, having simultaneously increased the area of their barrages.