Russian troops and militants in Donbas attacked Ukrainian positions 40 times in the past day, the press center of the Anti-Terrorist Operation (ATO) Headquarters reported on Sunday morning. 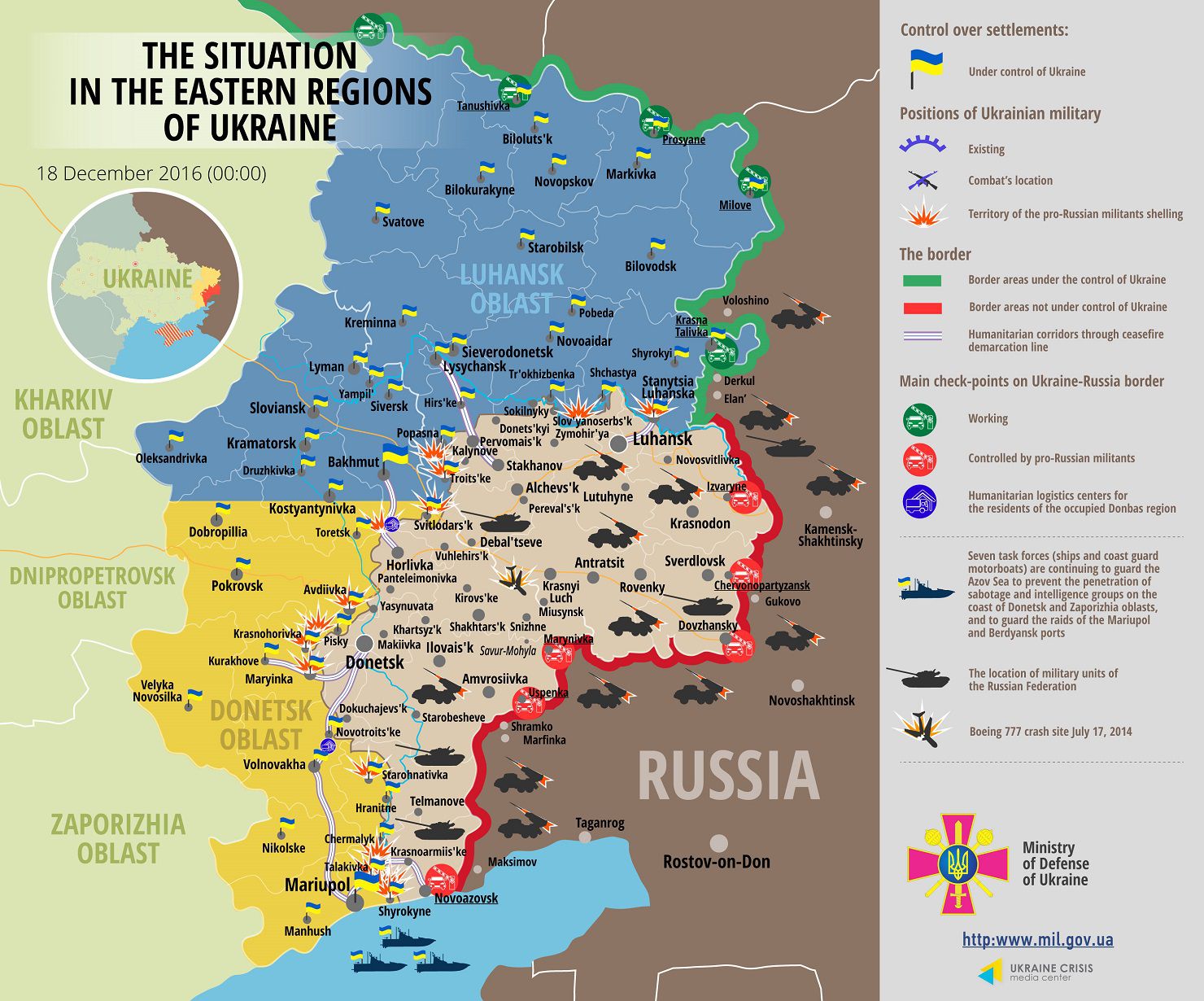 ”In the past 24 hours, the town of Krasnohorivka, and the villages of Pavlopil, Lebedynske and Shyrokyne in the Mariupol sector came under mortar fire,” the ATO HQ said.

Vodiane was attacked with the use of banned 152mm and 122mm artillery systems.

In the Lugansk sector, the Russian occupation force fired mortars and grenade launchers on the villages of Troyitske and Stanytsia Luhanska. The village of Novozvanivka came under fire from anti-tank systems, grenade launchers and heavy machine guns.

In the Donetsk sector, the village of Nevelske was shelled with the use of banned 122mm artillery systems. Mortars, grenade launchers, guns of infantry fighting vehicles, heavy machine guns and small arms were used to attack the villages of Luhanske and Mayorsk, and the town of Avdiyivka.