Russian troops attacked 3 times in the Donetsk sector, all of them in various places, involving use of heavy armor. Adversaries violated the ceasefire at the Svitlodarsk bulge and in Avdiivka. Every attack lasted 30 to 45 minutes. The enemy launched over 50 mortar shells at our positions. 21 insurgents’ attack took place in the Mariupol sector, and seven involved use of heavy arms. Ukrainian troops registered militants’ mortar attacks only in two points – Krasnohorivka and Vodiane. Over 80 mortar shells were launched at our positions. In total, Russian proxies are violating the ceasefire along the entire frontline. Ukrainian troops responded with fire in all the areas. 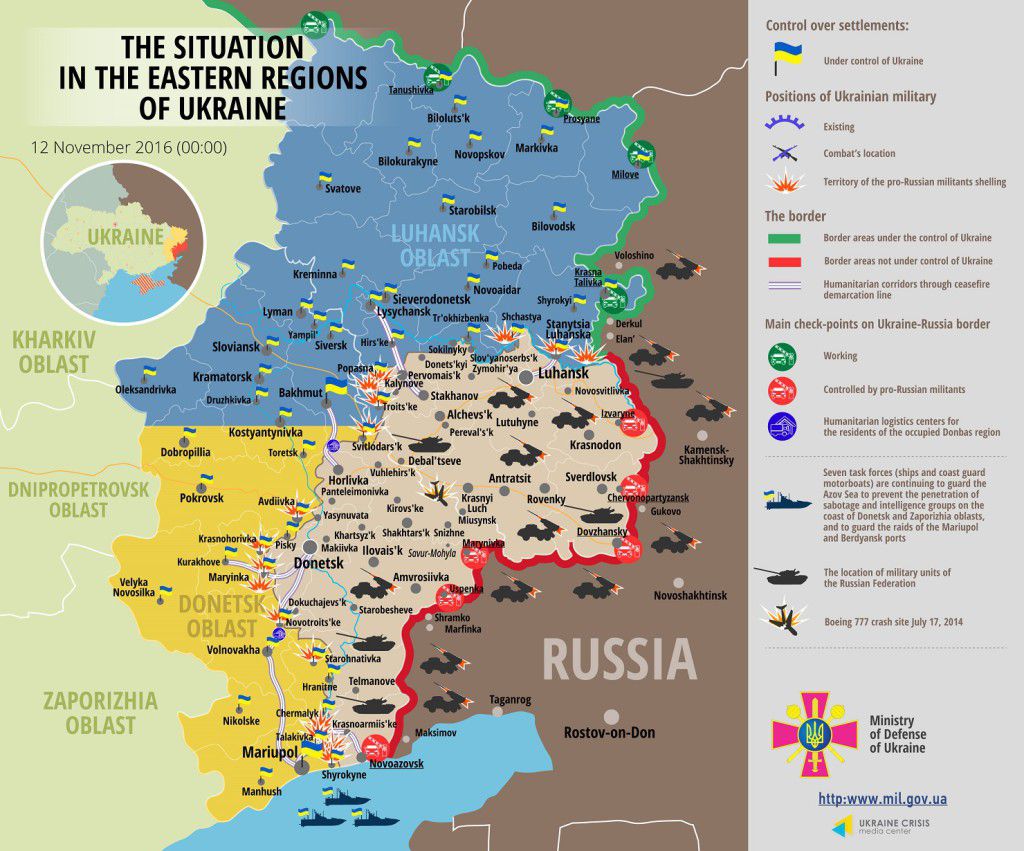 Two Ukrainian soldiers were killed and two others were wounded in fighting in eastern Ukraine in the past 24 hours, according to Ukrainian Defense Ministry spokesman for Anti-Terrorist Operation issues Andriy Lysenko.

”Two were killed in action (KIA) and two were wounded in action (WIA),” he said at a briefing in Kyiv on Saturday.

Another batch of reinforcement arrived for militants from Russia. “Two tanks were delivered through Sverdlovsk towards Krasnodon, and seven tanks with fuel arrived at Rovenky. 10 tanks and two Gvozdika self-propelled artillery mounts moved through Savur-Molyla area toward Torez. This equipment underwent repairs on the Russian territory,