Two schools damaged in Donbas in an Russian attack

Violence in the Mariupol sector decreased, although ceasefire was violated in the “usual hotspots”, the hottest spot of the Donetsk sector is Avdiivka, armistice held around Luhansk city.

Two school buildings were damaged in Mariinka in the Mariupol sector as a result of Russian militants’ attacks, informed the spokesman of the Ministry of Defense of Ukraine on ATO related issues Colonel Oleksandr Motuzyanyk at a press briefing. 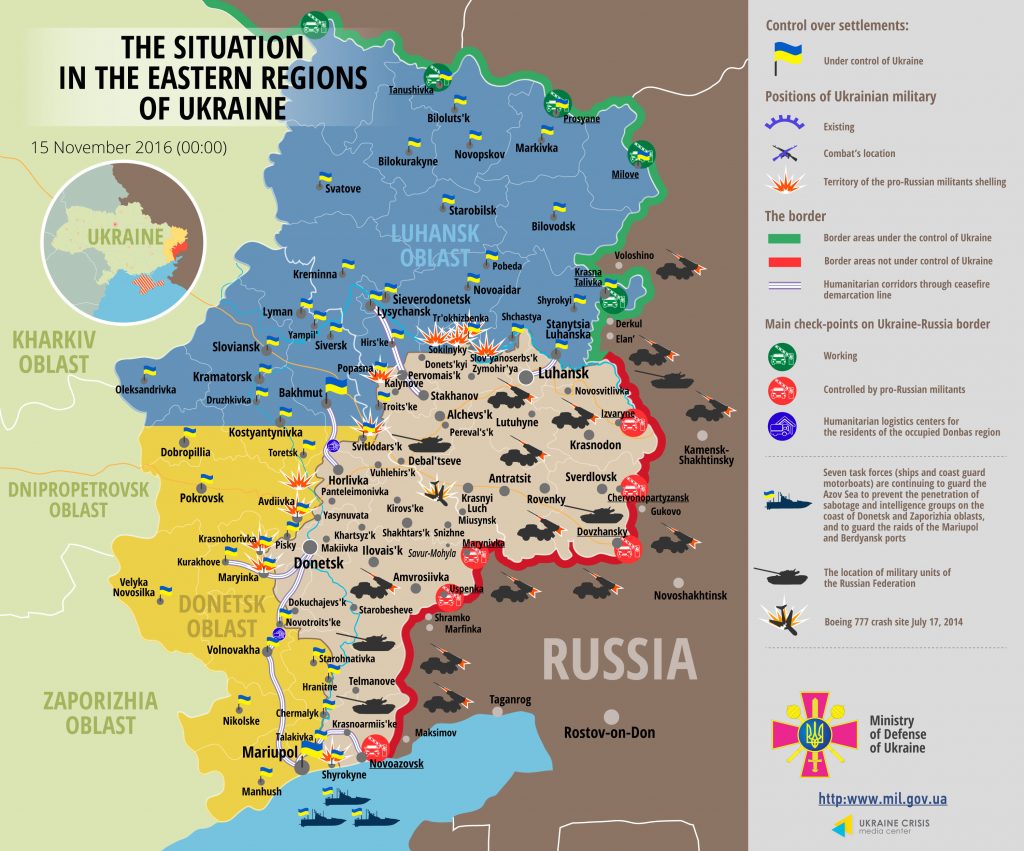 At one of the schools 42 windows were broken and cut at. In total, the number of militants’ attacks in the Mariupol sector decreased. Adversary violated the ceasefire in three areas – Krasnohorivka, Mariinka and Shyrokyne. Despite certain de-escalation, occupants used heavy arms – mortar launchers and 152 mm cannons. In total, militants made eight attacks in the Mariupol sector, and six of them involved use of heavy weapons.

In total, nine militants’ attacks took place in the Donetsk sector yesterday, and four of them involved use of heavy armor.
In the Donetsk sector combat activity started with the morning mortar attack in Luhanske. Over 20 shells were launched at Ukrainian positions within an hour. In the afternoon Russia-backed militants used 122 mm cannons toward Novobakhmutivka in Yasynuvata area.