The Anti-Terrorist Operation (ATO) Headquarters has reported that Ukrainian troops were attacked in all sectors in Donbas, eastern Ukraine, in the past day; the total number of reported barrages was 36. 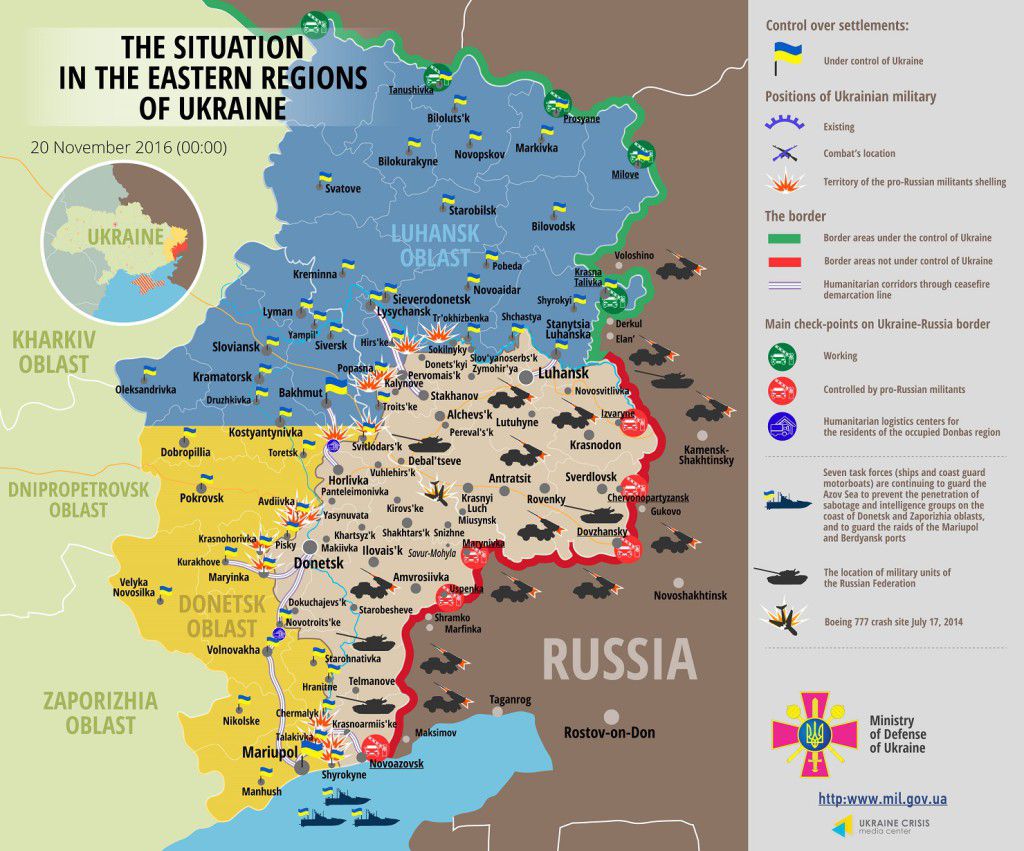 ATO forces stationed near the Ukrainian-controlled strategic port city of Mariupol were attacked with the use of mortars, grenade launchers and small arms. In particular, Russia`s hybrid military force shelled the villages of Shyrokyne, Talakivka, Vodiane, and Pavlopil and the towns of Krasnohorivka and Maryinka. What is more, 152mm artillery systems and a main battle tank were engaged to attack the village of Shyrokyne, which is some 25 km from Mariupol.

In the Luhansk sector Russia-backed militants instigated a number of provocations in Popasna and Novyi Aidar areas, opening fire from small arms and grenade launchers. They started using heavy armor at 10 p.m. “The enemy was shooting from 82-mm and 120-mm mortars near Novozvanivka and Krymske, launching 20 mortar shells,” elaborated Col. Motuzyanyk.

The vicinity of Donetsk airport including Avdiivka, Opytne and Butovka coal mine positions, as well as Luhanske settlement vicinities at the Svitlodarsk bulge remain the flashpoints in the Donetsk sector. “Militants are aiming their fire at Ukrainian positions near Butovka and Opytne, launching 235 mortar shells. Each mortar attack was accompanied by small weapons fire,” said the spokesman. Another armed provocation was registered near Zaitseve.