Russian troops launched 52 attacks on Ukrainian territory in Donbas over the past day, according to the press service of the Anti-Terrorist Operation (ATO) Headquarters. 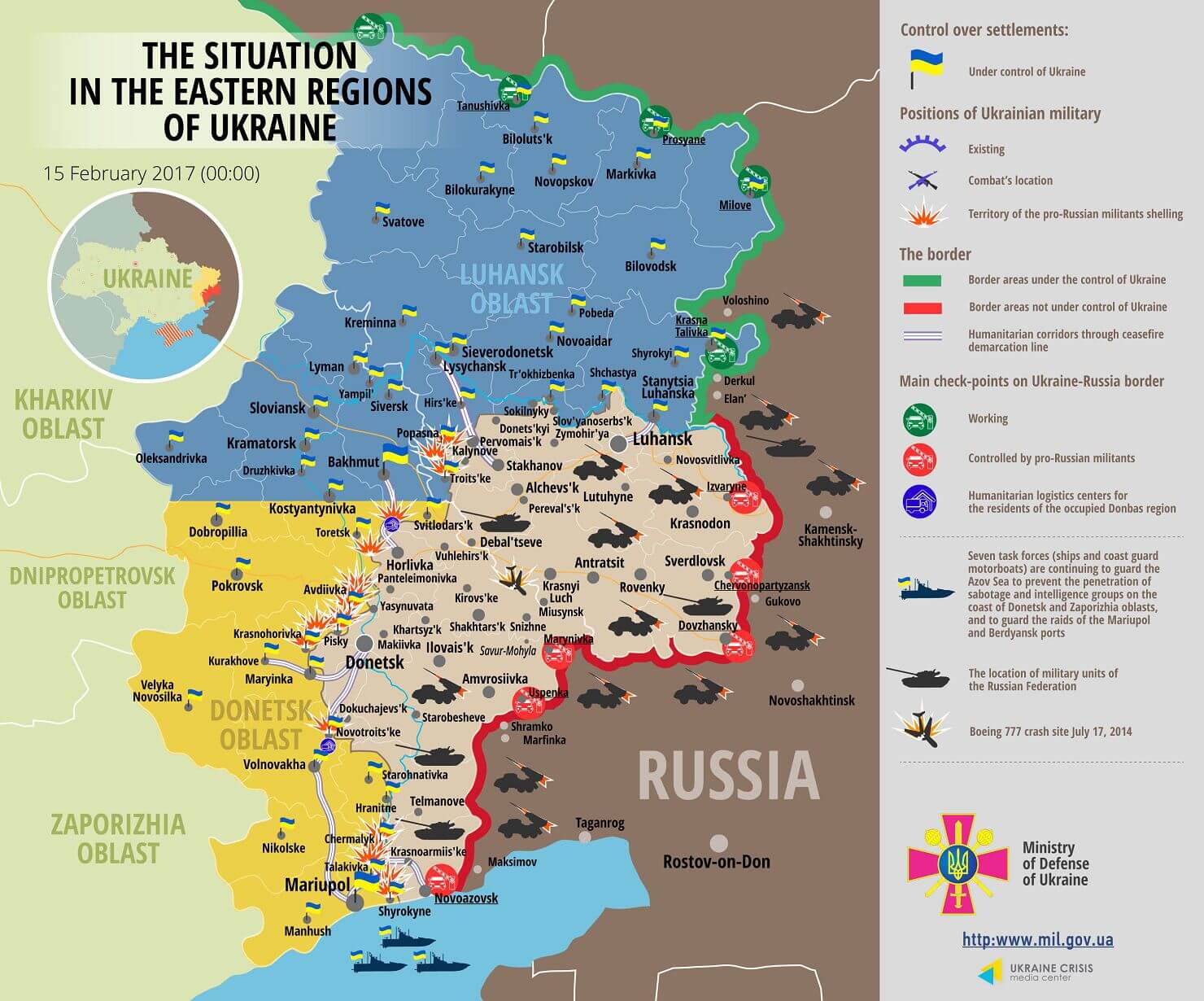 In the Luhansk sctor, Russian troops attacked Ukrainian positions near Popasna. They used heavy machine guns and small arms to fire at Novooleksandrivka (65km west of Luhansk) and Novozvanivka (70km west of Luhansk).

See also: U.S. President expects Russia to return Crimea to Ukraine but Kremlin states that this is impossible and Crimea won’t be returned