On February 25, the Anti-Terrorist Operation forces recorded 49 enemy attacks, according to the ATO Headquarters.Avdiivka’s industrial zone as well as the area between Chermalyk and Shyrokyne in Mariupol sector stand as hotspots. 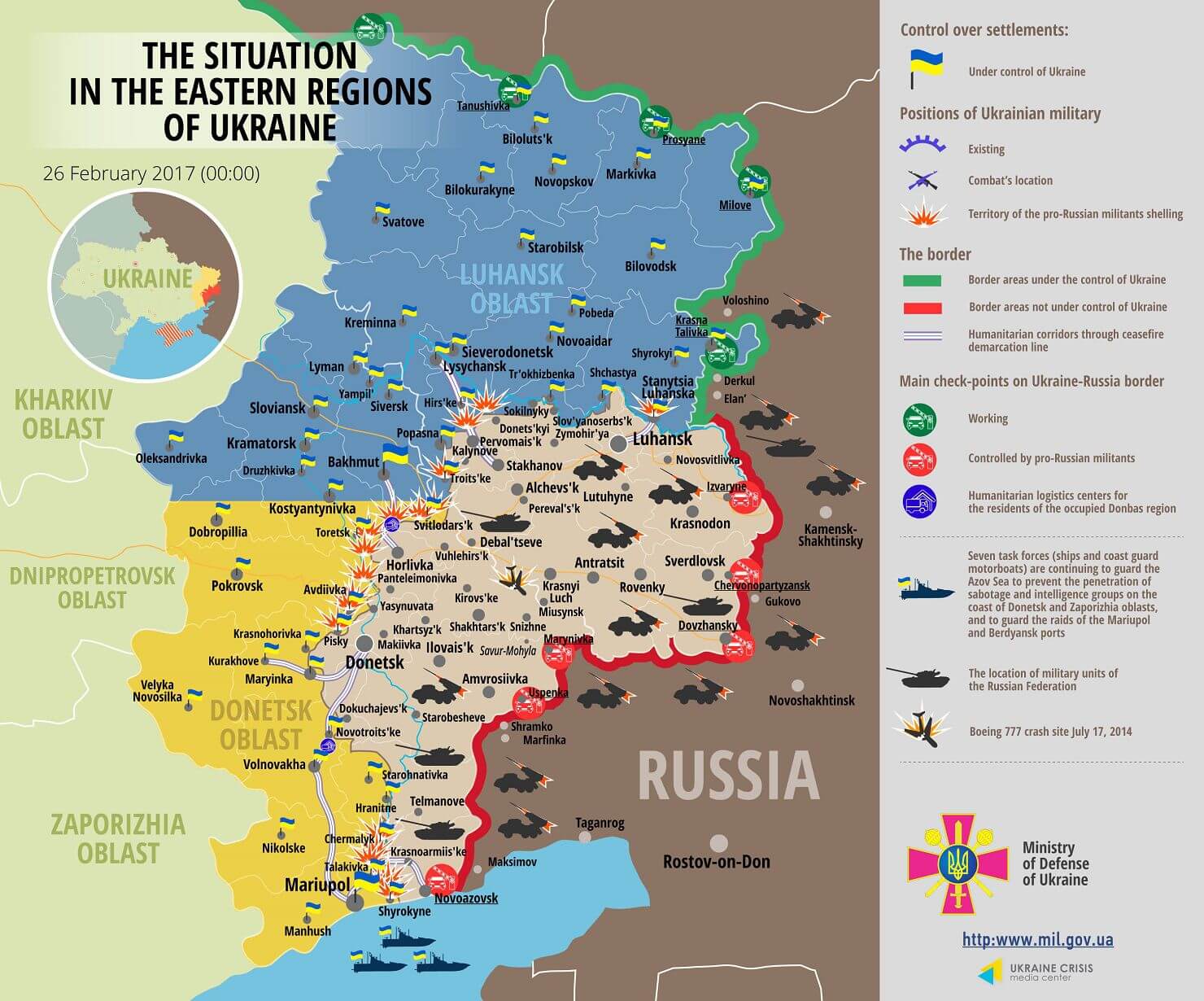 The enemy opened fire in the area of Avdiivka. Along with heavy weapons, mortars and tanks in particularly, militants were also using light weapons. In Kamyanka – Avdiivka’s left flank, the adversary was active only in the morning. They fired 20 mortar mines and five tank shells. Russian troops fired from tanks upon Ukrainian positions in Pisky. Sporadic attacks upon Ukrainian positions took place at the Svitlodarsk bulge, in Zaitseve, Kirove and Verkhnyotoretske. Heavy weapons were not used in this area. There were 23 militant attacks in total in the Donetsk sector over the last day, 10 of them included the use of heavy weapons.

In turn, on the Luhansk line, the occupiers fired 120 mm mortars on Troitske, Novotoshkovske and small arms – on Stanytsia Luhanska. Ukrainian troops registered a total of five attacks upon their positions in the Luhansk sector over the last day.