Combined Russian-separatist forces attacked Ukrainian army positions in eastern Ukraine 39 times in the past 24 hours, according to the press service of the Anti-Terrorist Operation (ATO) Headquarters.

In the Mariupol sector, the enemy fired on the Ukrainian positions near the town of Maryinka, and the villages of Shyrokyne, Talakivka and Vodiane. The village of Talakivka came under fire from 120mm mortars two times, and a sniper was active in Shyrokyne, according to the report. 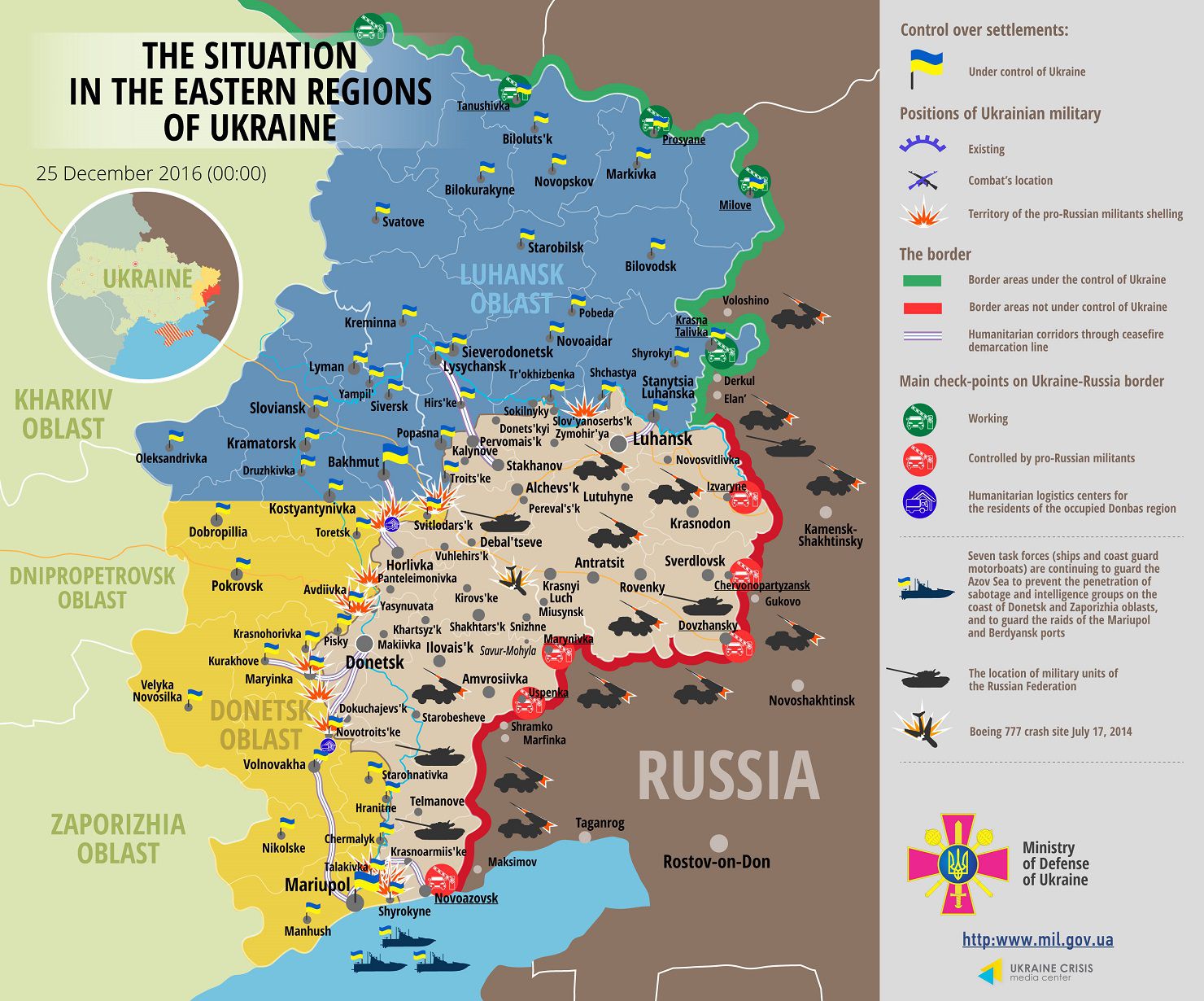 In the Donetsk sector, the occupiers fired on the Ukrainian positions near the villages of Luhanske, Mayorsk and Avdiyivka. Luhanske came under fire from 82mm mortars.

In the Luhansk sector, Russia`s hybrid military force fired heavy machine guns and small arms on the villages of Troitske and Zhovte, according to the report.

As UNIAN earlier reported, OSCE Special Representative in the Trilateral Contact Group (TCG) on Donbas conflict settlement Martin Sajdik announced that the TCG and Russian-controlled militants had declared their commitment to a sustainable ceasefire in Donbas from midnight on December 24.

In the evening of December 24, the ATO Headquarters reported that Russian occupying forces continued violating the ”silence regime”, with 23 provocative shelling of the ATO positions having been reported.