Combined Russian-separatist forces attacked Ukrainian army positions in eastern Ukraine 35 times in the past 24 hours, according to the press service of the Anti-Terrorist Operation (ATO) Headquarters. 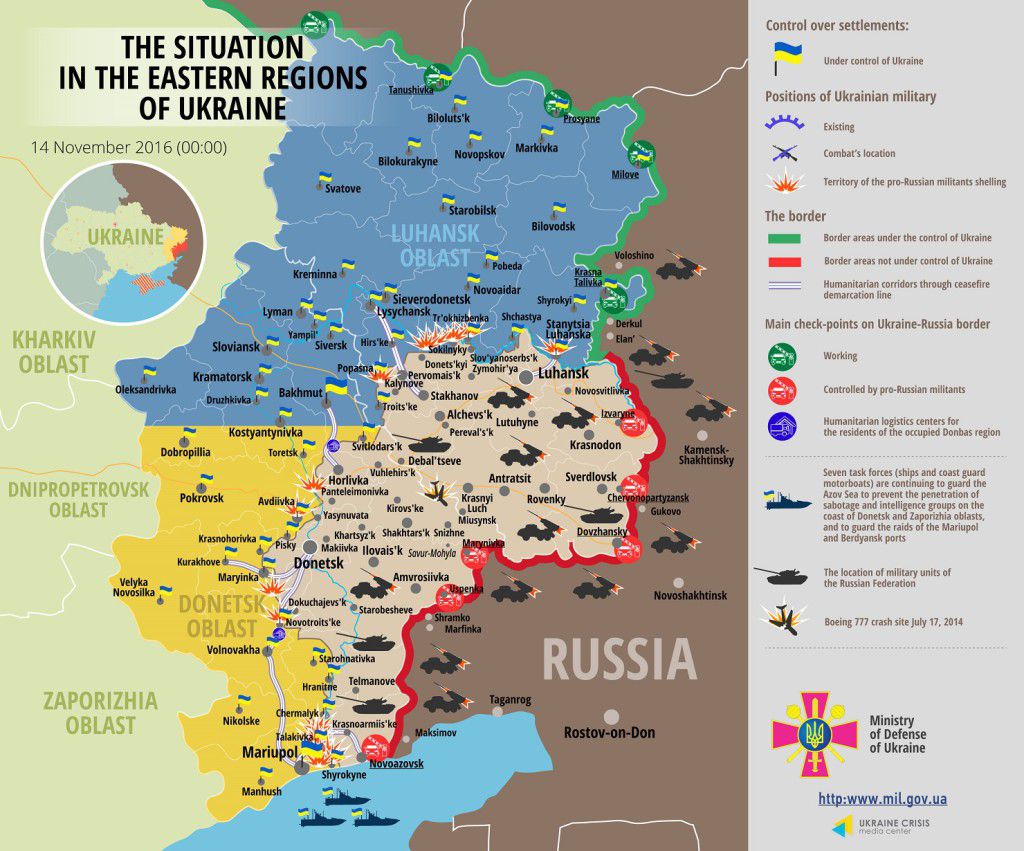 In the Mariupol sector, the occupiers fired mortars, grenade launchers and heavy machine guns on the Ukrainian positions near the villages of Shyrokyne, Hnutove, Vodiane, Novotroyitske, Talakivka, and Pavlopil.

In the Donetsk sector, the enemy used banned 120mm mortars to attack Ukrainian troops stationed near the town of Avdiyivka.