Russia`s hybrid military forces attacked Ukrainian army positions in Donbas 69 times in the past 24 hours, according to the press service of the Anti-Terrorist Operation (ATO) Headquarters. 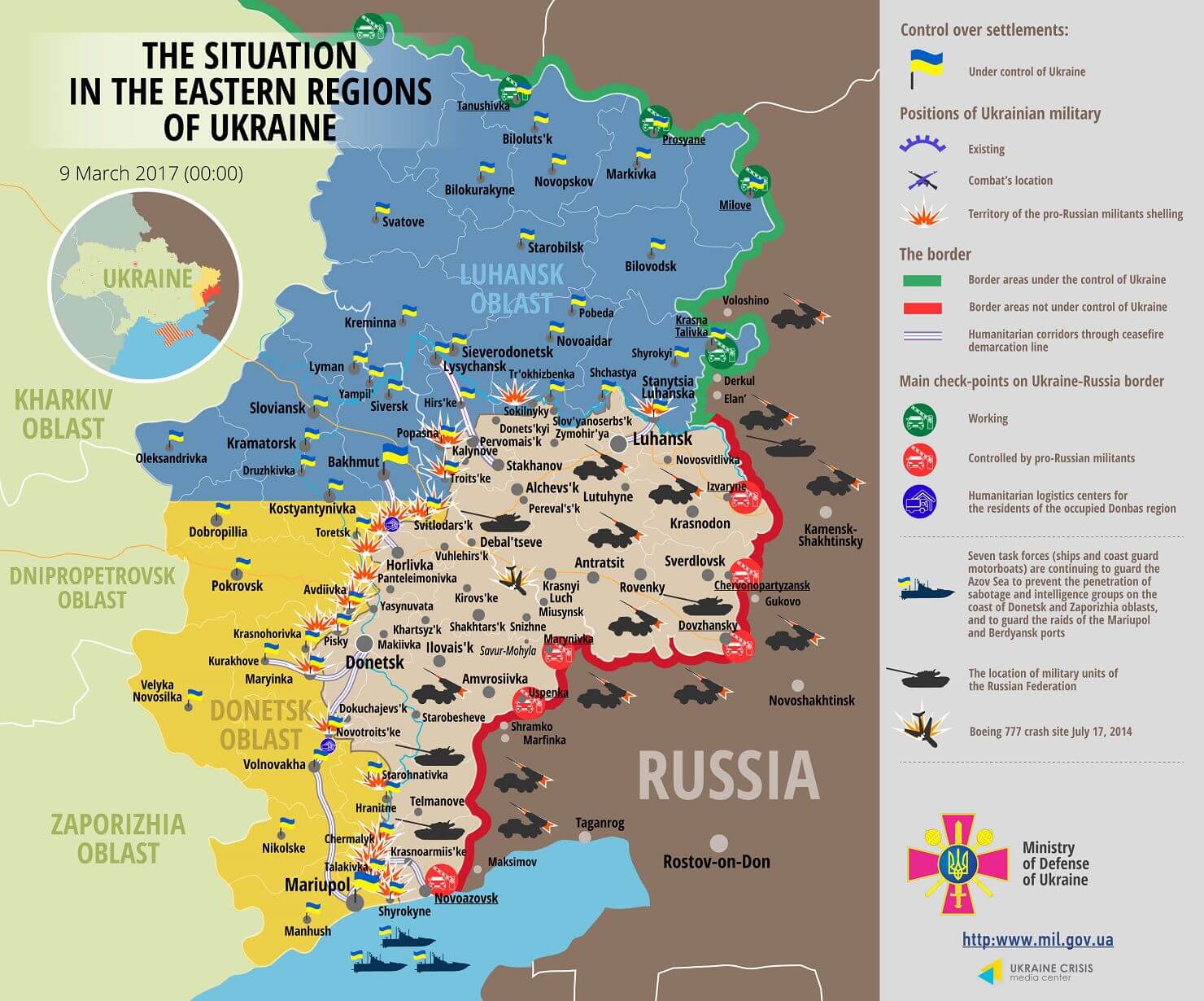 In the Donetsk sector, the invaders repeatedly used banned 122mm artillery systems to shell the village of Zaitseve.

In the Luhansk sector, the occupiers used banned 120mm mortars to shell the town of Popasna, and the villages of Novo-Oleksandrivka and Troyitske, as well as small arms were fired on the villages of Krymske and Stanytsia Luhanska.

”Being on duty at the forefront yesterday, our servicemen spotted an enemy sniper group. One sniper was killed,” the report said.

Ukraine reports 108 attacks on its positions in Donbas on March, 8. 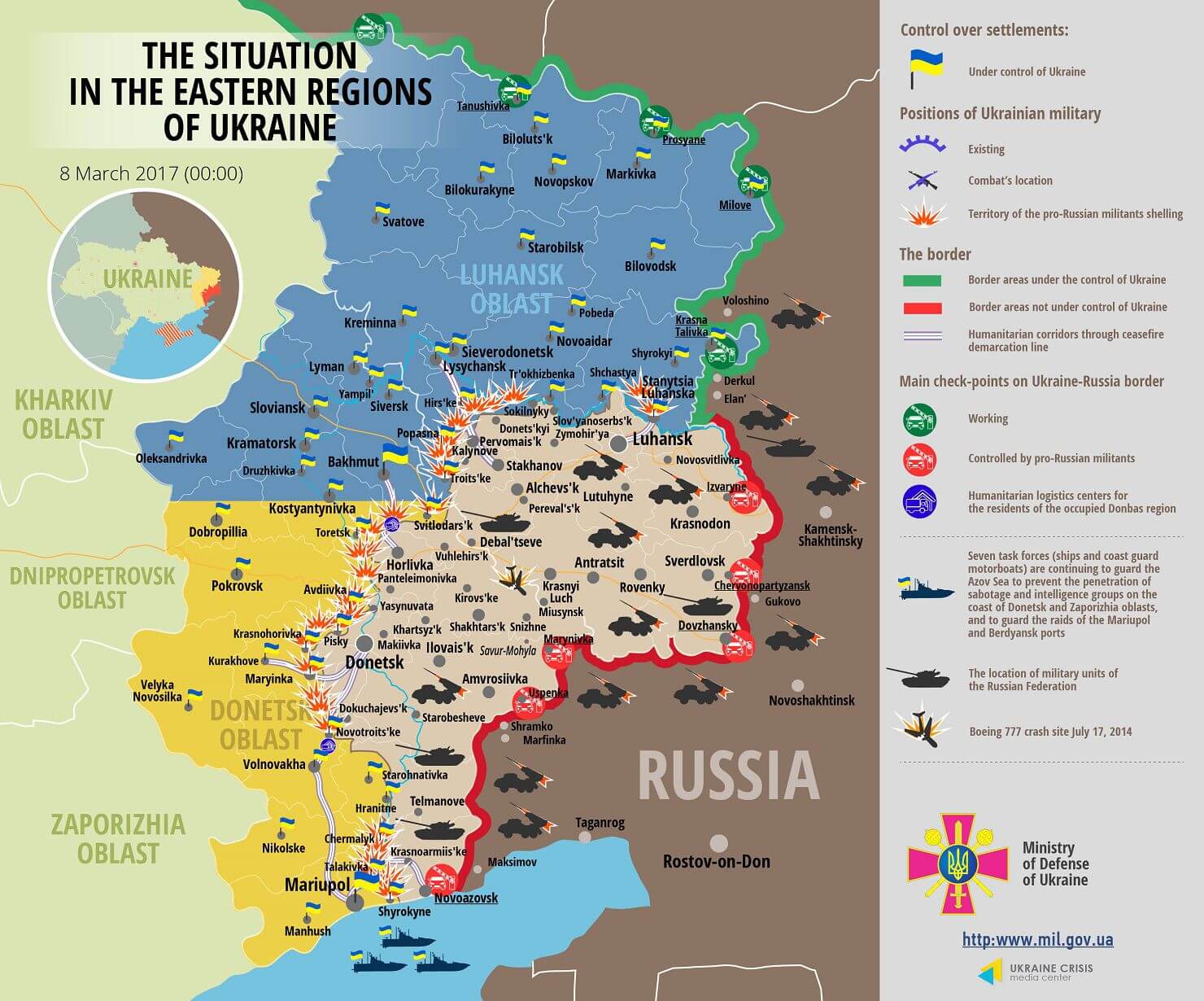 ”On the Donetsk line, the occupiers fired from 122-mm artillery at our positions in the area of Zaitseve. Mortars of various calibers were shot at Severne, Butivka mine, Luhanske, Avdiyivka, Zaitseve, and Verkhnetoretske.  Luhanske, Kamenka, Troitske, and Peski were shelled from grenade launchers and shot at from small arms. Pisky was fired on from an enemy infantry fighting vehicle. A sniper was active near Novoselovka,” the report reads.

On the Luhansk line, the positions of the Ukrainian forces in Krymske were fired on from 122mm artillery. The enemy mortared Malinove, Orekhove, Novo-oleksandrivka, Krymskem, and Novotoshkovske. ATGMs were fired on Novotoshkovske. The invaders shot small arms on Novo-oleksandrivka and Novozvanivka. A sniper was active outside the village of Luhanske.