Main events in the Mariupol sector took place in the evening of January 1. The enemy massively used mortar launchers in Pavlopil – Shyrokyne frontline area. Over 70 mortar shells were launched at Ukrainian positions. Militants were firing from light weapons almost all day long. Moreover, two hostile attacks took place in Mariinka and Novotroitske yesterday. In total, 26 militants’ attacks happened in the Mariupol sector in the last 24 hours, and 11 incidents involved use of heavy arms. 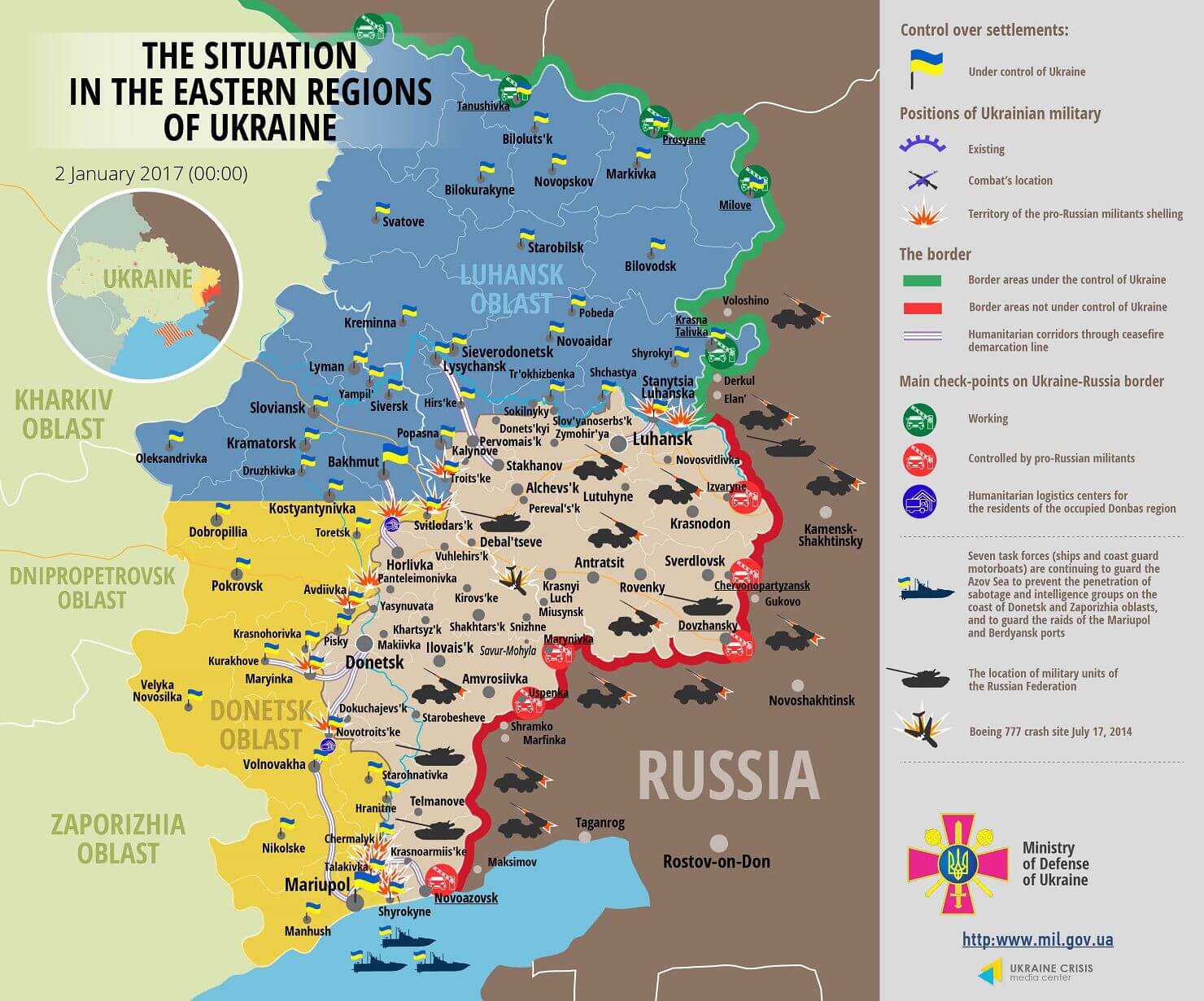 Ukrainian Armed Forces incurred no losses in combat yesterday, and four troops were injured. Hostilities in the Luhansk sector were instigated on the New Year night only, before the dawn. Militants shelled Ukrainian positions three times in Stanytsia Luhanska and the adjacent village of Syze. No heavy arms were used. The attacks were quite quick, not longer than 15 minutes each.

The day in the Donetsk sector started with intense militants’ attacks at the Svitlodarsk bulge. Just after the midnight on New Year they opened fire first from light weapons and then from mortar launchers. 19 shells were launched at Ukrainian positions. Later the enemy started instigatin provocations in Troitske, Zaitseve, Verkhniotoretske and Avdiivka, all of them ended before 2 a.m.

Following this, the enemies were active only after 6 p.m. when they shelled Ukrainian troops three more times. Each attack lasted around 25-30 minutes. In total, nine Russian militants’ attacks took place in the Donetsk sector yesterday, and heavy arms were used once. Two flights of hostile unmanned aerial vehicles were observed in the last 24 hours.