Russian militants attacked Ukraine positions in all sectors in December 29

Combined Russian-separatist forces attacked Ukrainian army positions in eastern Ukraine 25 times from 00:00 to 17:00 on Thursday, December 29, according to the Anti-Terrorist Operation (ATO) Headquarters. 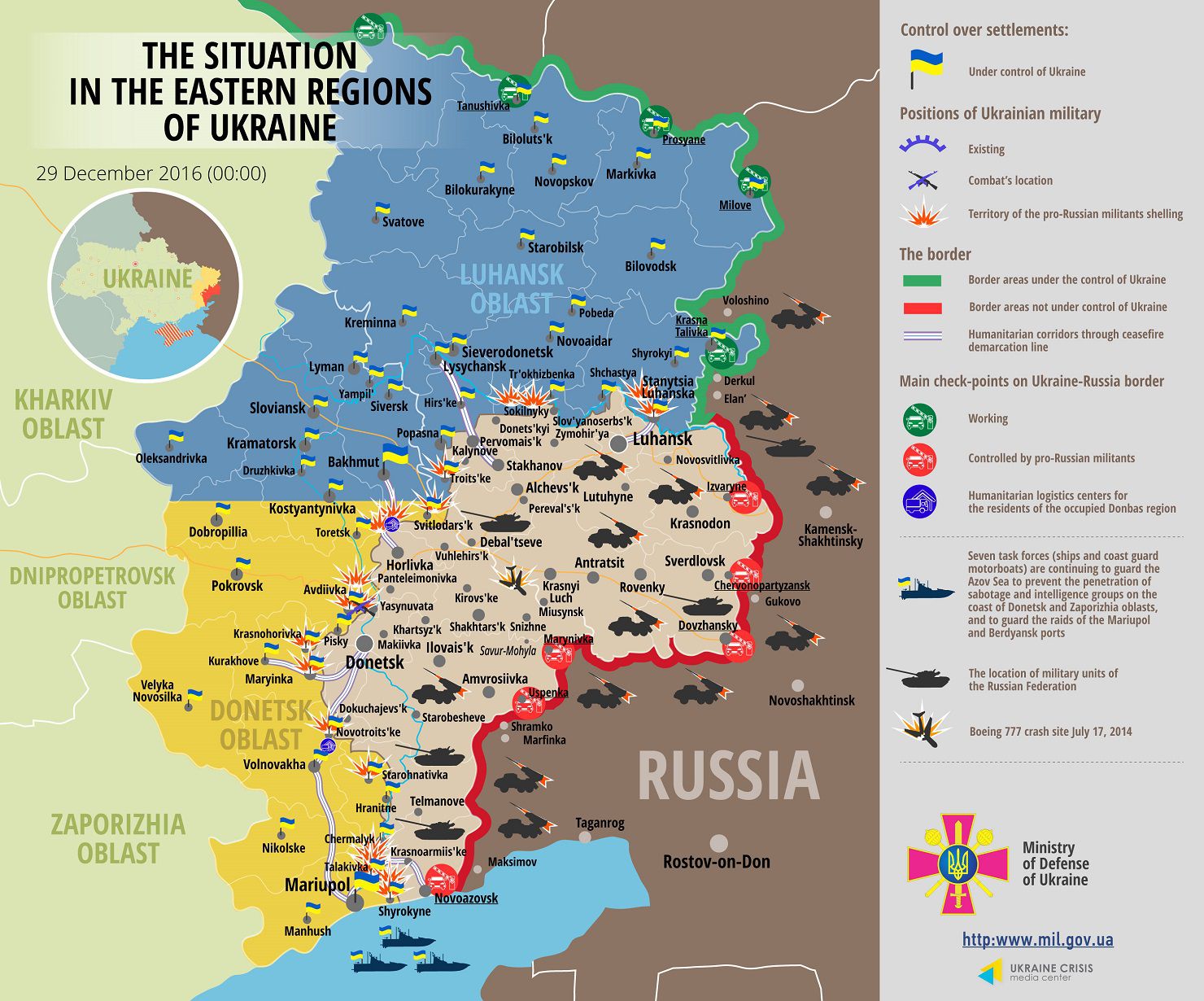 In the Mariupol sector, the militants fired mortars on the town of Krasnohorivka, as well as rocket-propelled grenades and small arms near the villages of Shyrokyne, Talakivka, Pavlopil, Hnutove and Vodiane. In addition, a sniper was active near Hnutove, the ATO HQ said in an evening update.

In the Donetsk sector, the occupiers used the same types of weapons on the Ukrainian positions near the town of Avdiyivka, and the villages of Luhanske, Troyitske, Zaitseve, Verkhniotoretske and Kruta Balka.

In the Luhansk sector, Russia`s hybrid military force opened fire from mortars and rocket-propelled grenades on the villages of Malynove and Balka Krutenka.