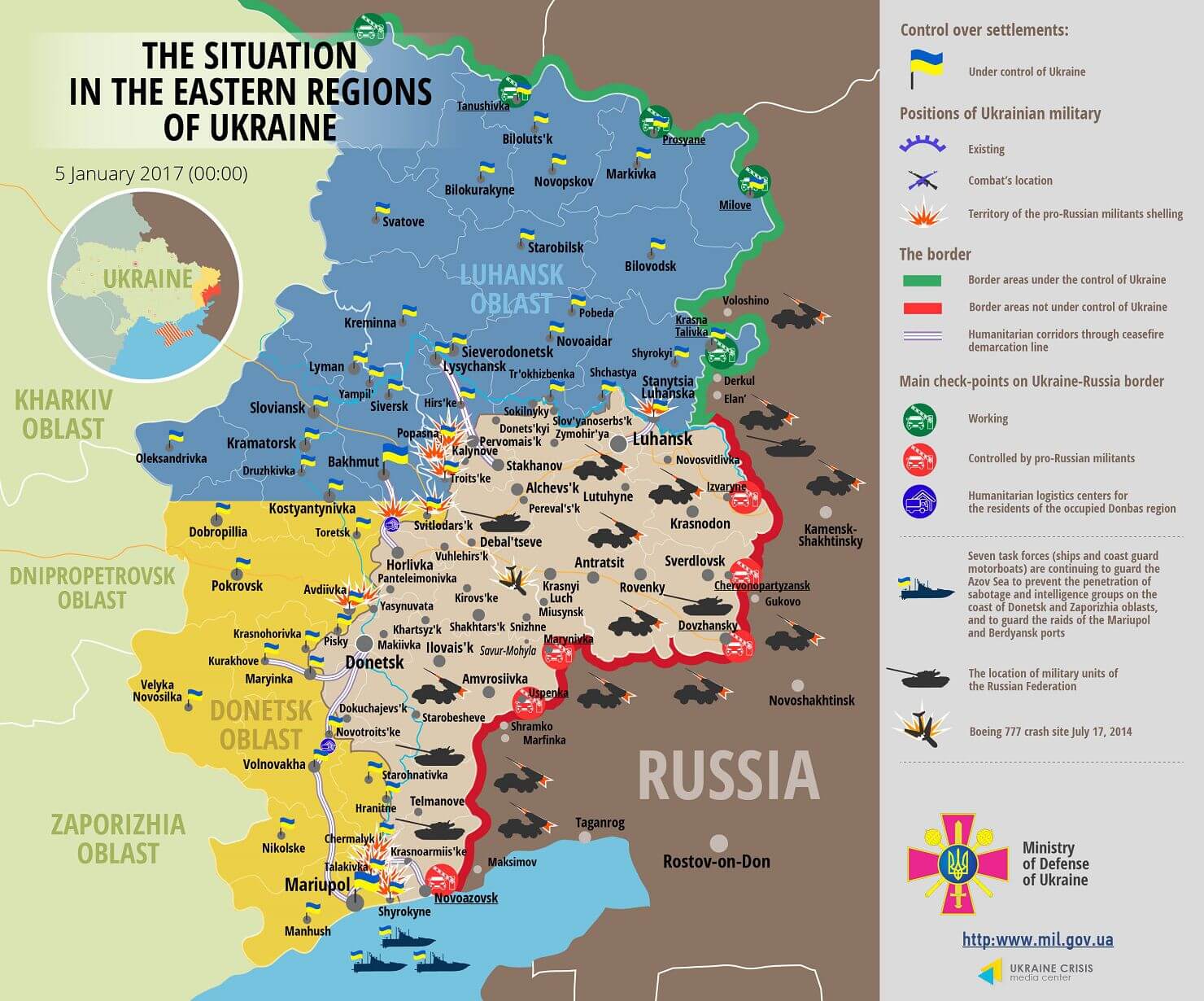 Law enforcement officers found a weapons cache in Novoluhanske (Bakhmut district, Donetsk region) yesterday. Ten anti-tank mines, nine TNT blocks and a F-1 grenade were seized from the cache. Owner of the cache is being identified at present.

Ukrainian military engineers put up additional banners near Vynohradne in the Mariupol sector warning against the danger of planted mines. These measures are taken by the Ministry of Defense jointly with the OSCE Projects Coordinator’s Office.

See also: Presidential Administration of Ukraine rejected the billionaire and Yalta European Strategy founder’s offer to give up Crimea and Donbas