Combined Russian-separatist forces attacked Ukrainian army positions in eastern Ukraine 48 times in the past 24 hours, according to the press service of the Anti-Terrorist Operation (ATO) Headquarters. 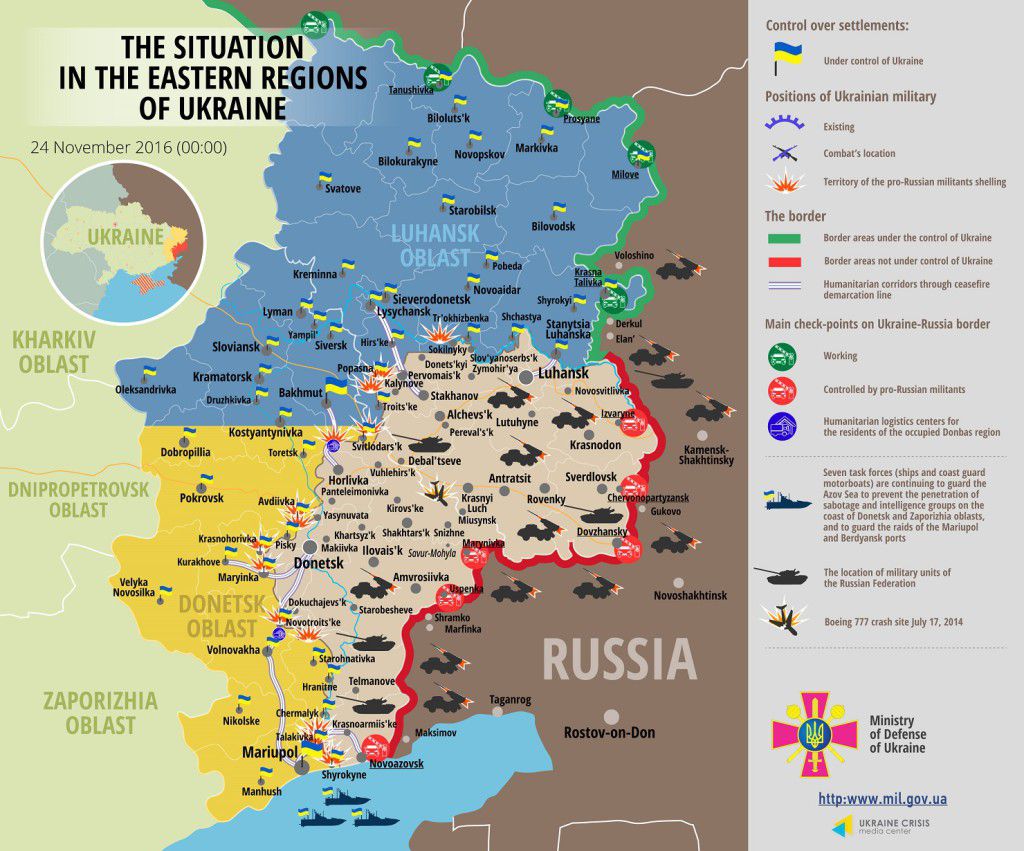 In the Donetsk sector, the militants fired 120mm and 82mm mortars, infantry fighting vehicles (IFVs), rocket-propelled grenades and small arms on the Ukrainian positions near the town of Avdiyivka, and the villages of Zaitseve and Luhanske.

In the Luhansk sector, Russia`s hybrid military force used the same types of weapons toward the villages of Novozvanivka, Novo-Oleksandrivka, Krymske and Troyitske. A sniper was also working in Novo-Oleksandrivka.

At the same time, it is reported that the Mariupol sector remains the epicenter of fighting in Donbas.

In the village of Vodiane, Russian-backed mercenaries drew the Ukrainian military into a three-hour battle, resulting in one Ukrainian soldier being killed.

The enemy concentrates its main strike force near the village of Sakhanka. The militants usually roll artillery systems to prepared positions, engage, and retreat back into the rear.

The marine reconnaissance suggests that all these actions are made under command of Russian military personnel, while the orders are executed by men in black uniforms, under the red banners with a panther. They also attack the Ukrainians with unknown arms: lighting-explosive shells that burrow into the ground and then shoot like fireworks. The Ukrainian military are unaware of the certain type of these shells, seeing them used for the first time.