Combined Russian-separatist forces attacked Ukrainian army positions in eastern Ukraine 37 times in the past 24 hours, according to the press service of the Anti-Terrorist Operation (ATO) Headquarters. 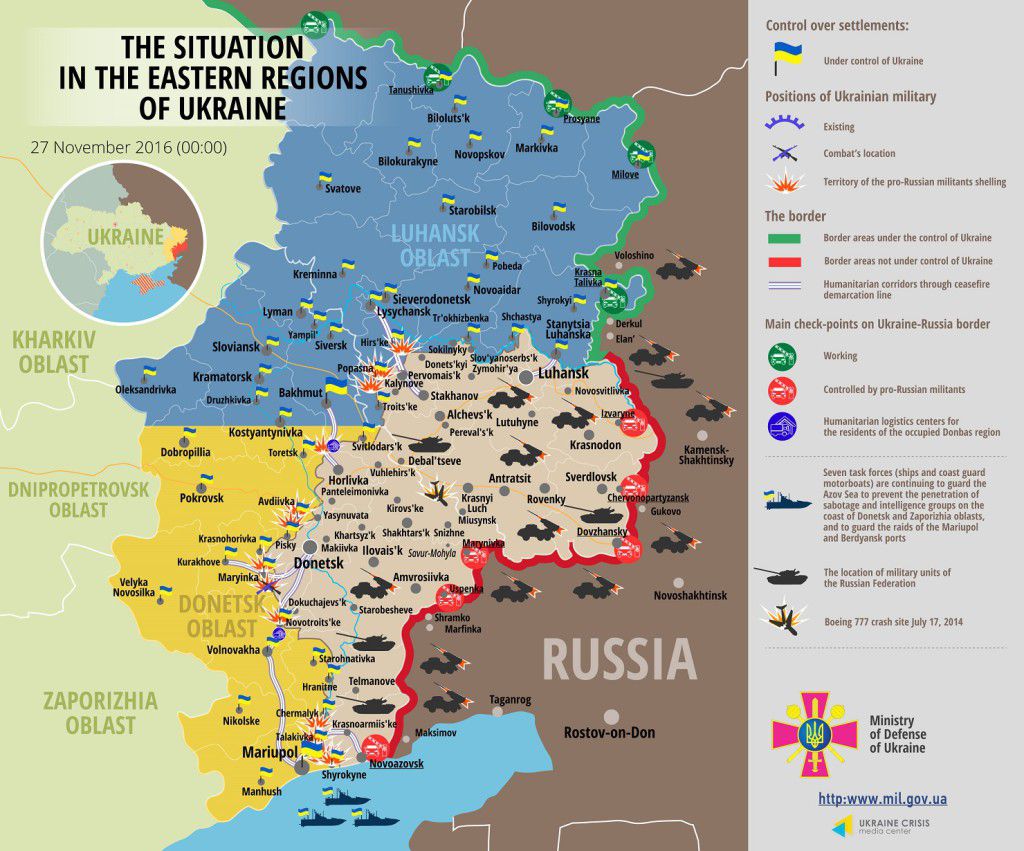 In the Mariupol sector, the militants fired 152mm artillery systems on the village of Shyrokyne, as well as mortars, infantry fighting vehicles, rocket-propelled grenades and small arms on the town of Maryinka, and the villages of Talakivka, Pavlopil, Novotroyitske, Shyrokyne, Lebedynske, Hnutove, Stepne and Vodiane.

In the Donetsk sector, Russia`s hybrid military force opened fire from 122mm artillery systems on the town of Avdiyivka, as well as infantry fighting vehicles, mortars, rocket-propelled grenades and small arms on the village of Luhanske.