”Full ceasefire” in Donbas: 4 soldiers wounded amid 37 shellings on Ukraine on April 1

Russia`s hybrid military forces on Saturday, April 1, continued provocations in Donbas and mounted 37 attacks on Ukrainian positions despite recent agreements reached by the Trilateral Contact Group in Minsk on a ceasefire along the entire contact line from 00:00 local time on the same day, according to the press center of the Ukrainian Anti-Terrorist Operation (ATO) Headquarters. 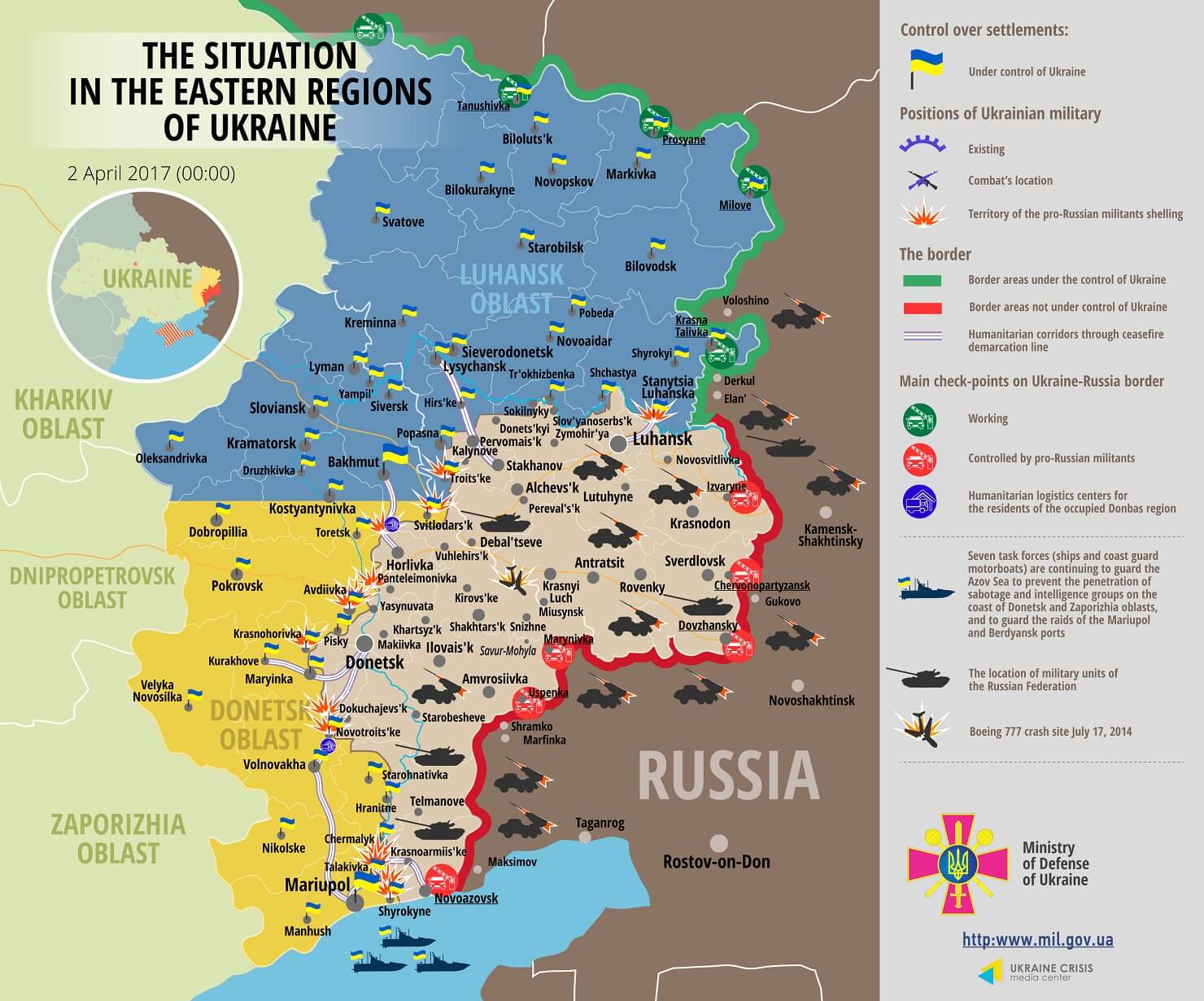 ”Despite armed provocations by the enemy, Ukrainian servicemen have strictly been adhering to the ceasefire regime and have not fired back. Four Ukrainian defenders were wounded in action (WIA),” the ATO HQ said.

The Mariupol sector saw most of the attacks on the Ukrainian positions.

The Luhansk sector saw least shelling, the ATO HQ said. Positions near the village of Stanytsia Luhanska were under sniper fire.