Civilian areas in Donbas, the east of Ukraine, came under militant fire twice in the last day, according to the press service of the Anti-Terrorist Operation (ATO) Headquarters.

”Militants attacked civilian areas twice. The village of Maiorsk was shelled with the use of small arms, while mortars, anti-aircraft guns and heavy machine guns were used to attack the village of Krymske,” it wrote on Facebook on Thursday.

In total, combined Russian-separatist forces attacked Ukrainian army positions in eastern Ukraine 18 times in the past 24 hours, using banned weapons in all directions. 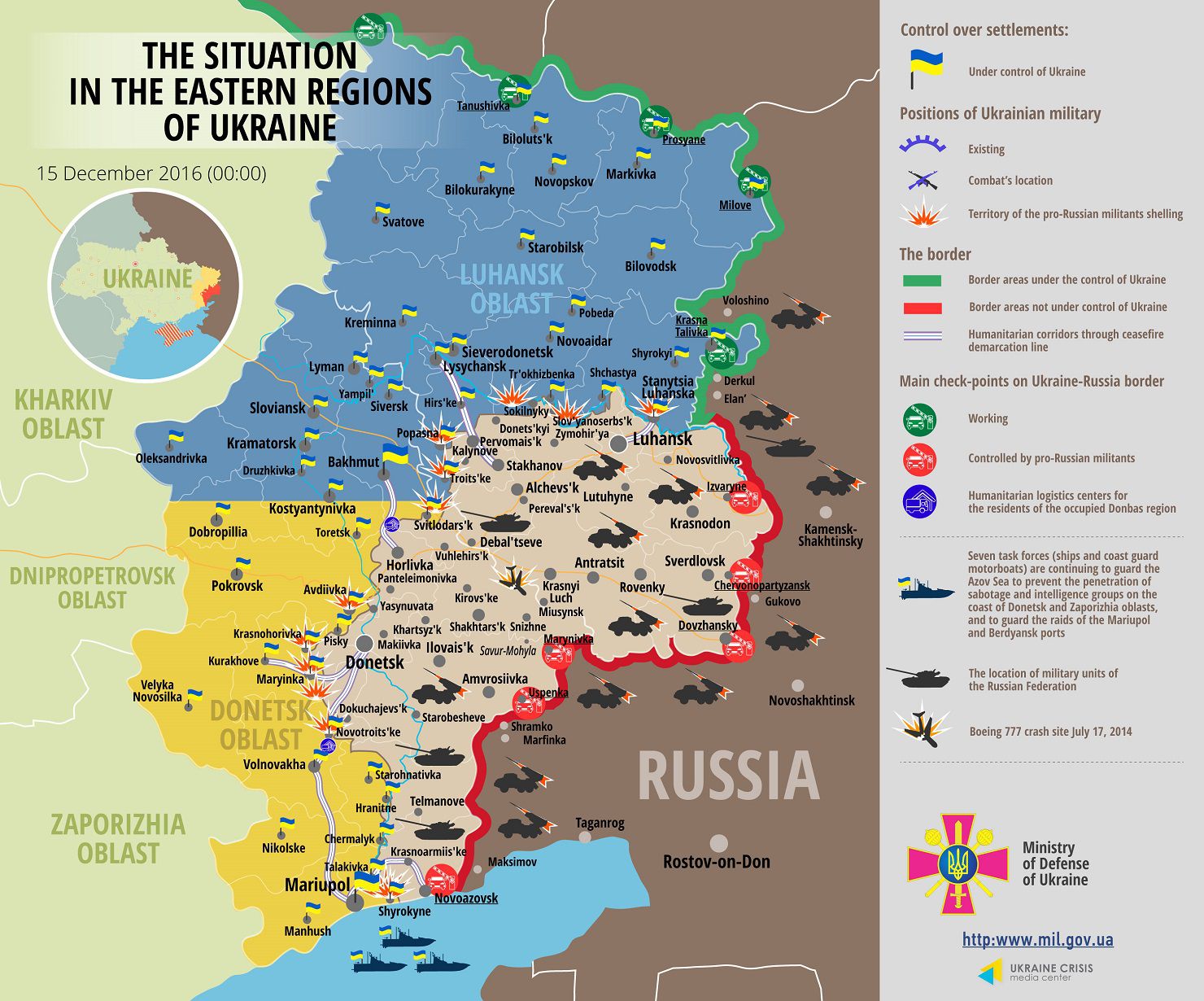 In the Mariupol sector, the occupiers fired mortars of various calibers on the Ukrainian positions near the town of Krasnohorivka and the villages of Lebedynske and Shyrokyne. The villages of Novotroyitske and Vodiane were shelled with the use of grenade launchers of various systems and heavy machine guns. In addition, a sniper was active in Krasnohorivka and Novotroyitske.

In the Luhansk sector, the militants fired mortars on the villages of Krymske and Troyitske. They also used rocket-propelled grenades of different systems to attack the town of Popasna and the villages of Lopaskyne and Stanytsia Luhanska.

In the Donetsk sector, Russia`s hybrid military force fired mortars, rocket-propelled grenades and heavy machine guns on the town of Avdiyivka. In addition to heavy machine guns, a sniper was working in the village of Luhanske.