The Russian-occupation forces opened fire on the positions of the Ukrainian troops in Donbas 38 times over the past 24 hours, the press center of the Anti-Terrorist Operation Headquarters reported.

25 ceasefire violations were recorded in the direction of the Ukraine-held strategic port city of Mariupol. 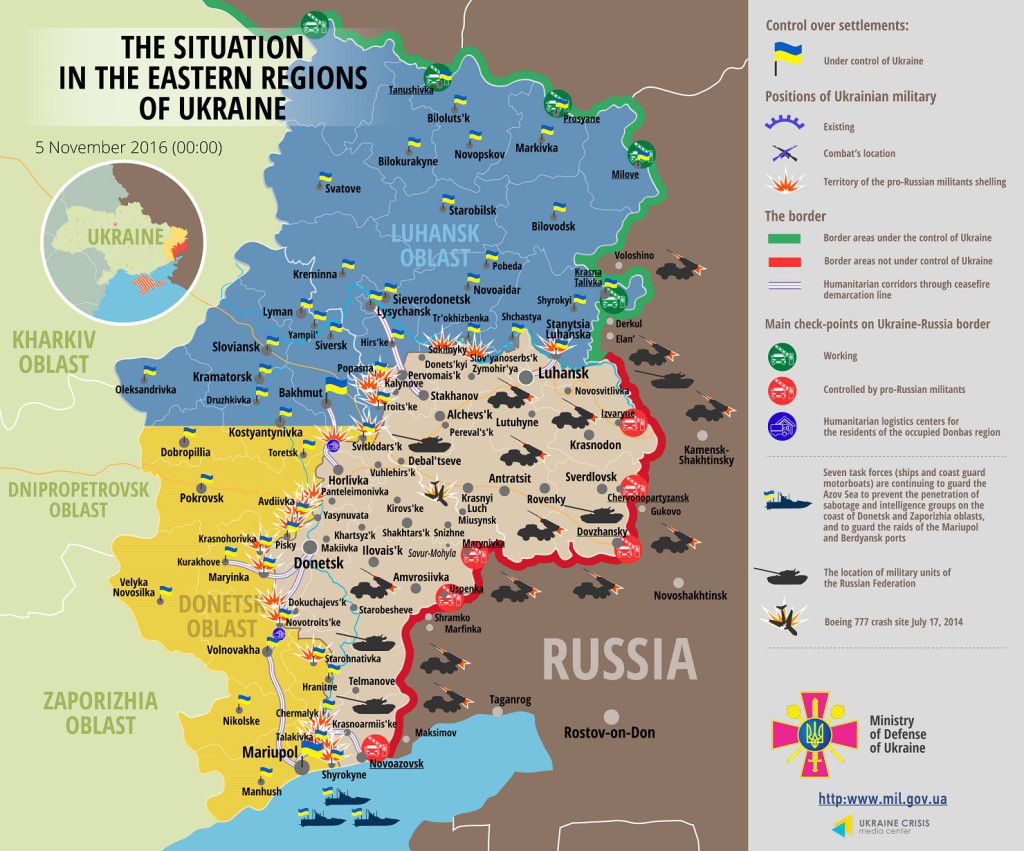 ”In Pavlopillia and Novotroitsk the militants used small arms and grenade launchers against the ATO forces. Near Krasnohorivka they fired from 82mm mortars. In the areas of Taramchuk, Vodiane, Talakivka – they were shooting from 120mm mortars, while the fortifications of the Armed Forces of Ukraine in Hnutove were fired upon from machine guns and shelled from mortars of both calibers. In Starohnativka, the ceasefire was violated as the militants fired from an infantry fighting vehicle, while in Shyrokine small arms, rocket-propelled grenades, mortars and cannon artillery of 120 and 152 calibers were used,” the report says.

In the direction of Donetsk, eight cases of militants firing at the Ukrainian forces were recorded.

”Defenders of Opytne were fired upon from small arms, in Luhanske – from weapons installed on infantry fighting vehicles, and in the direction of Troitske, Verhniotoretske and Kamenka the occupants used small arms, machine guns and grenade launchers. The enemy also used different types of weapons, specifically, 82mm mortars, in Zaitseve and Avdiyivka,” the Headquarters said.

In the direction of Luhansk, five provocations against the ATO forces were recorded.

”Toward Novo-oleksandrivka, Russian occupation troops used anti-tank missiles, in Lopaskine and Krymske – grenade launchers of various systems. Fortified positions of Ukrainian troops in Troitske were shelled from 82mm mortars and in Novozvanivka – from 120mm mortars,” reads the report.