Russia`s hybrid military force continues using banned 152mm artillery systems to shell Ukrainian troops in the Donetsk and Luhansk regions with the total number of enemy attacks in the war-torn areas in Donbas being 47 instances in the past 24 hours, according to the Ukrainian Anti-Terrorist Operation (ATO) headquarters. 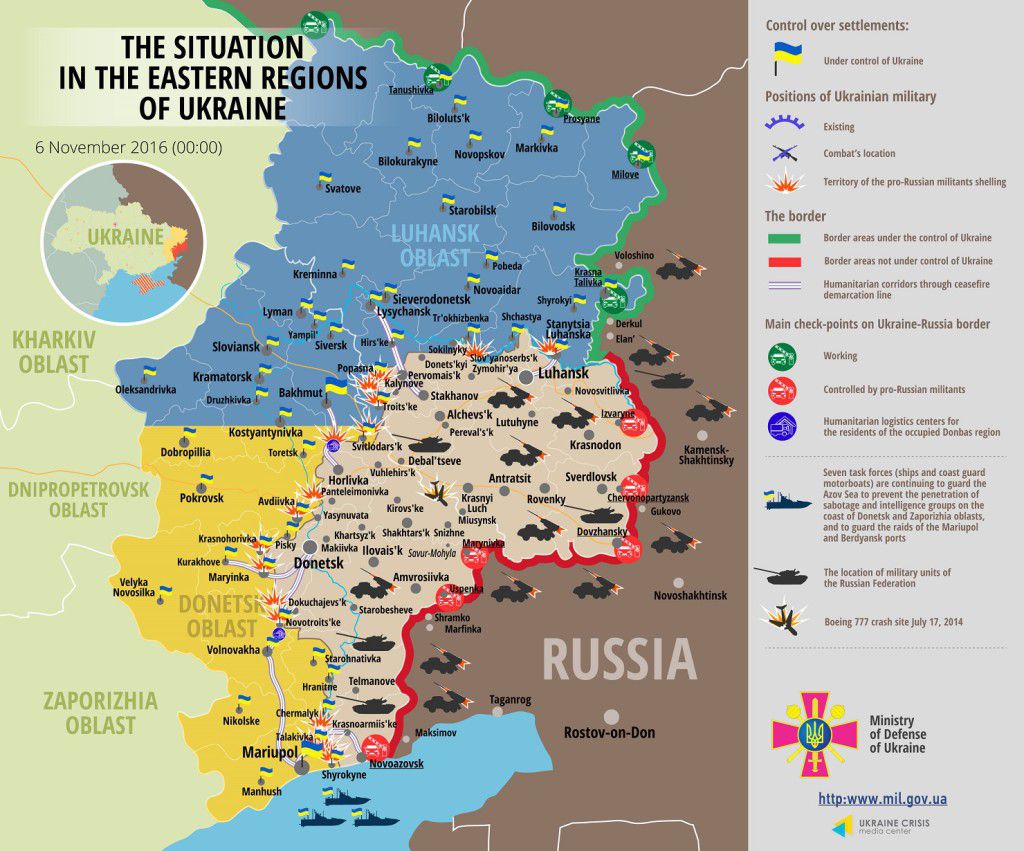 Twenty-four attacks on Ukrainian troops were reported in the Mariupol sector in Donetsk region alone, the ATO HQ said in its update as of 06:00 a.m. on November 6. Russian-backed militants used grenade launchers, machine guns, and small arms to fire on ATO forces in the villages of Lebedynske and Novotroyitske. The villages of Pavlopil and Shyrokyne were attacked with the use of infantry fighting vehicles, 82mm mortars, machine guns, and grenade launchers. The towns of Maryinka and Krasnohorivka and the villages of Talakivka and Vodiane came under 120mm mortar fire. The enemy intensified barrages in this sector, additionally engaging grenade launchers, large-caliber machine guns, and sniper fire. Ukrainian troops stationed in the village of Taramcuk were attacked with the use of mortars as well as 120mm and 152mm artillery systems.

The ATO HQ reported 11 attacks in the Donetsk sector in the past day. In particular, the enemy used 82mm mortars to shell the village of Verkhniotoretske, while grenade launchers and small arms were engaged to fire on the village of Zaitseve. Infantry fighting vehicles, 82mm and 120mm mortars were used to attack the town of Avdiyivka and the village of Luhanske.

Twelve attacks on the Ukrainian forces were reported in the Luhansk sector. Grenade launchers, machine guns and small arms were used to shell the villages of Novo-Oleksandrivka, Kondrashovka, and Lopaskyne. The village of Novozvanivka came under 152mm artillery fire. The enemy used not only artillery systems, but also anti-tank missile systems, and 82mm and 120mm mortars to shell the village of Troyitske, which is close to the border with Russia.