In the Mariupol sector, the enemy fired mortars of various calibers, rocket-propelled grenades and small arms on the villages of Shyrokyne, Taramchuk, Vodiane and Talakivka, and the towns of Krasnohorivka and Maryinka. 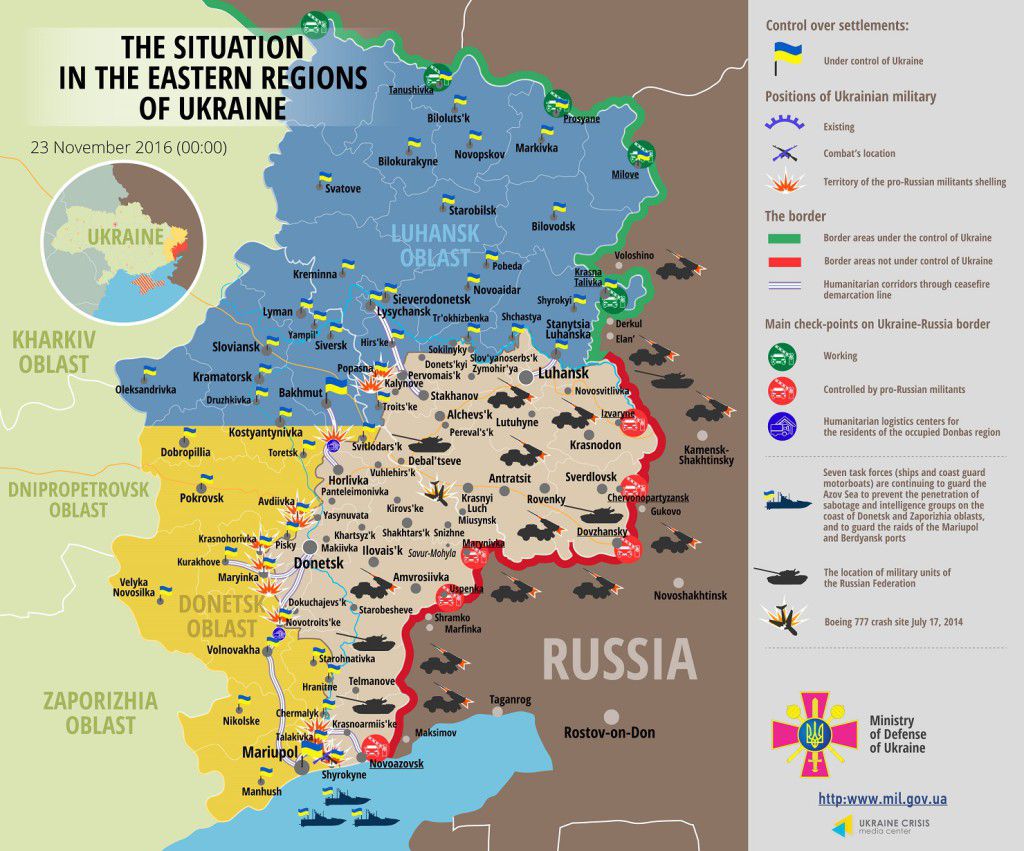 In the Donetsk sector hostilities took place in three flashpoints – Zaitseve, Avdiivka and Butivka coal mine position. The first attack took place at the sunrise in the Avdiivka industrial area, and was the most intense, as it continued for over 100 minutes.

Hostilities in the Luhansk sector took place only in Popasna area between 3 and 7 p.m. yesterday. “The last militants’ attack involved use of mortar launchers, when they simultaneously launched 26 shells of various caliber at Ukrainian positions within five minutes.