Russian troops attacked Ukrainian forces in all directions in Donbas last day, used artillery and tanks in the Mariupol sector

Combined Russian-separatist forces launched 50 mortar shells and 14 artillery and tank shells at Ukrainian positions in the past 24 hours, according to the press service of the Anti-Terrorist Operation (ATO) Headquarters. 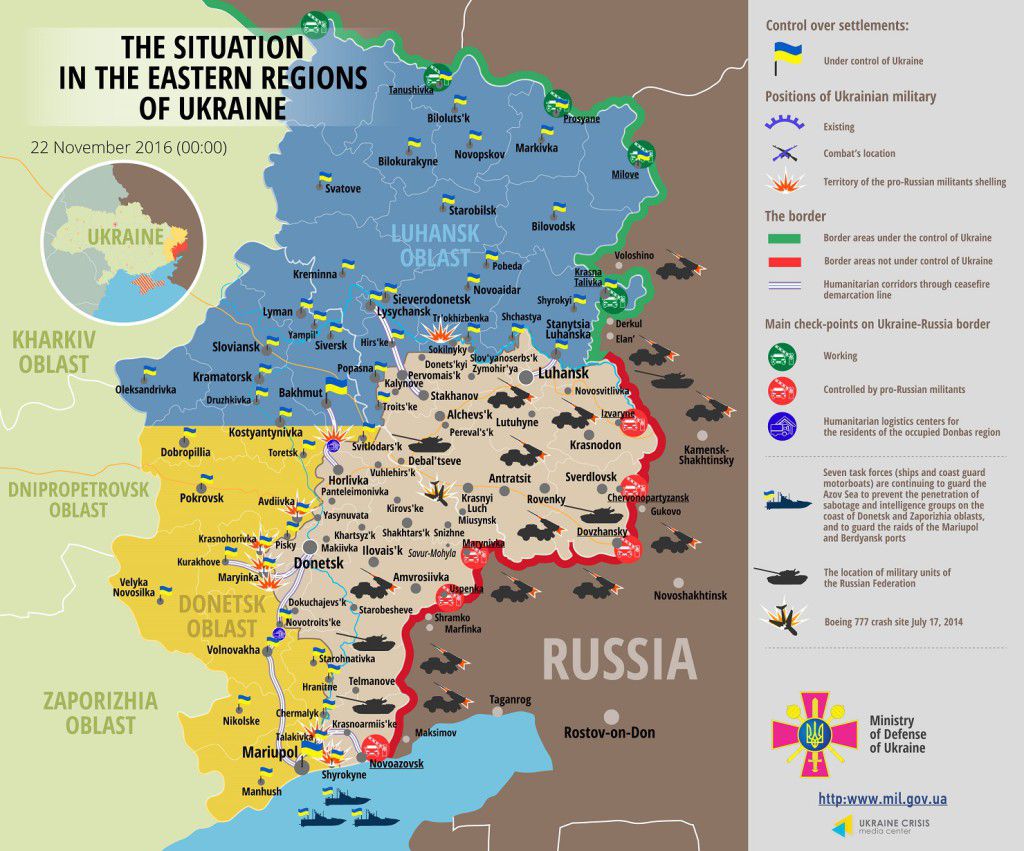 In the Mariupol sector, Russia`s hybrid military force opened fire on the villages of Shyrokyne, Hnutove and Slavne, using mortars of various calibers, as well as rocket-propelled grenades and armored personnel carriers on the town of Maryinka and the village of Lebedynske. They also fired 152mm artillery systems on Hnutove, and tank shells on the town of Krasnohorivka.

In the Luhansk sector, the militants fired mortars and grenade launchers on the village of Krymske.

In the Donetsk sector, the occupiers fired grenade launchers of various types and small arms near the village of Zaitseve and the town of Avdiyivka.

According to Ukrainian military intelligence, Russia continues providing supplies to the militants. “450 tons of fuel and three wagons with spare parts for tanks arrived at Khartsyzk, and six railway carriages with ammunition came to Ilovaisk