Combined Russian-separatist forces attacked Ukrainian army positions in eastern Ukraine 15 times in the past 24 hours, according to the press service of the Anti-Terrorist Operation (ATO) Headquarters. 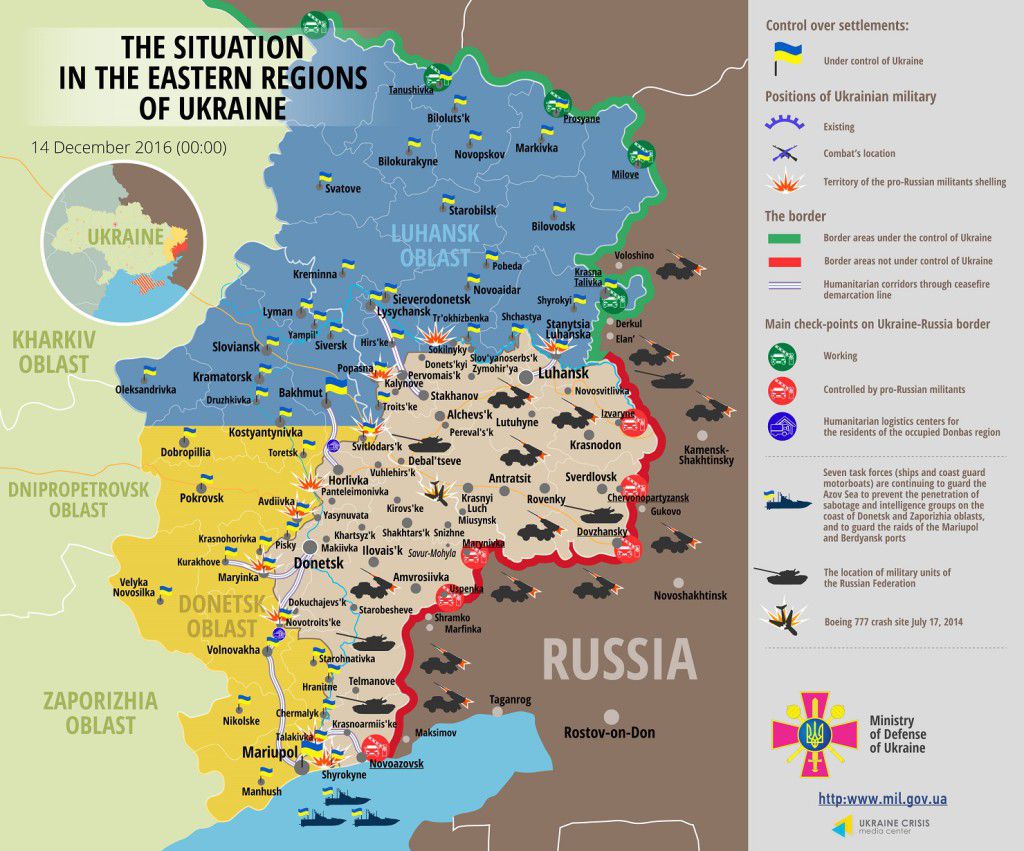 In the Luhansk sector, the militants continued to use banned 120mm and 82mm mortars to shell the village of Krymske. Also, they fired rocket-propelled grenades and small arms on the village of Stanytsia Luhanska.

In the Donetsk sector, Russia`s hybrid military force fired 82mm mortars on the villages of Luhanske and Novo-Oleksandrivka, as well as grenade launchers of various systems, heavy machine guns and small arms on the town of Avdiyivka and the village of Verkhniotoretske. Additionally, a sniper was active in Luhanske.

Four Ukrainian soldiers were wounded in fighting in eastern Ukraine in the past 24 hours, according to Ukrainian Defense Ministry spokesman for Anti-Terrorist Operation Andriy Lysenko.

”There were four wounded in action (WIA),” he said at a briefing in Kyiv on Wednesday, an UNIAN correspondent reported.