Over 200 Russian attacks in Donbas in the past 48 hours: 1 Ukrainian soldier killed, 12 wounded

12 Ukrainian soldiers were wounded in action (WIA), another 1 was killed in action (KIA) in Donbas in the past 48 hours, according to the press center of the Ukrainian Anti-Terrorist Operation (ATO) headquarters.

The total number of attacks on Ukrainian positions was 115 on March 4 and 110 on March 5, the ATO HQ said. 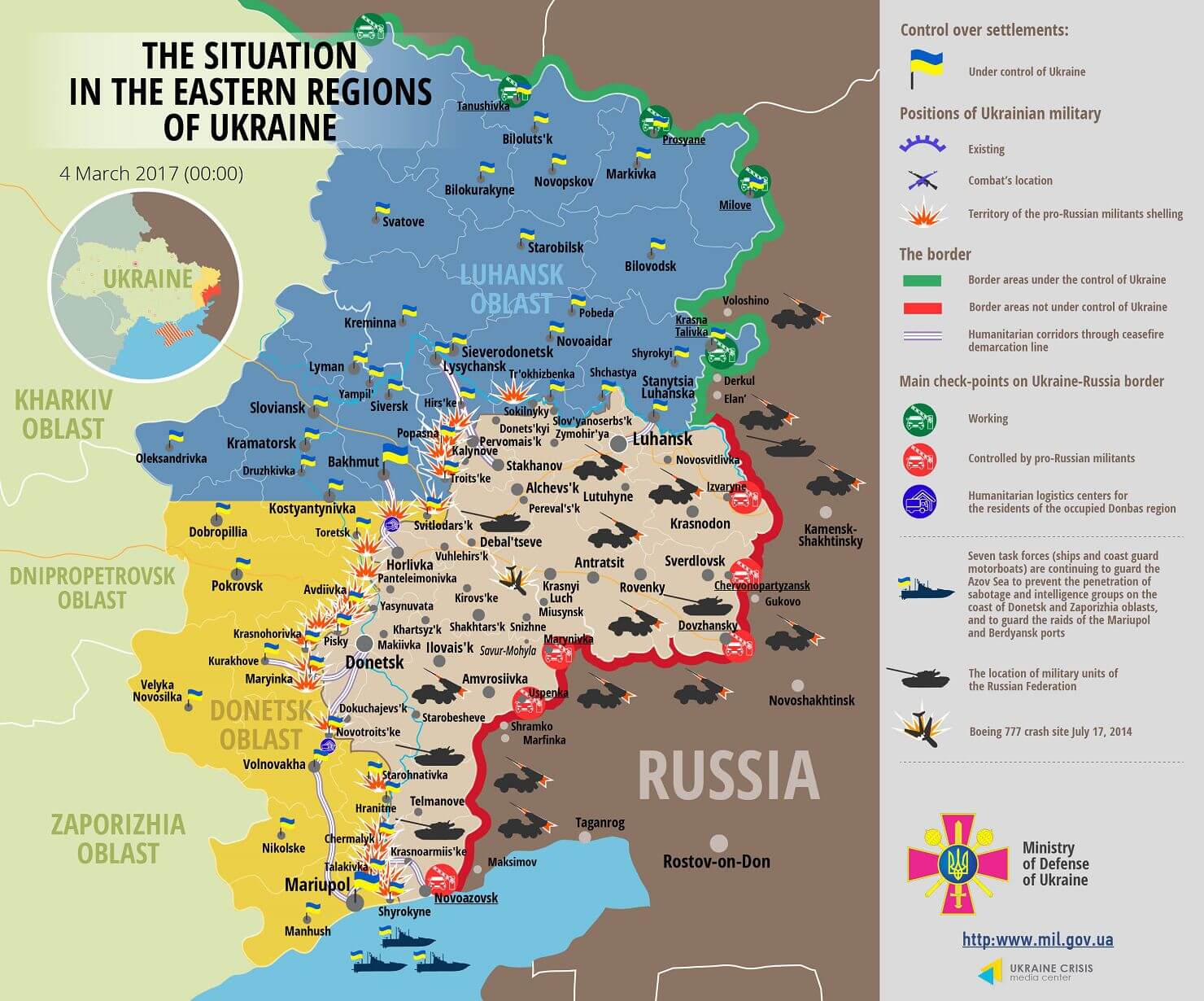 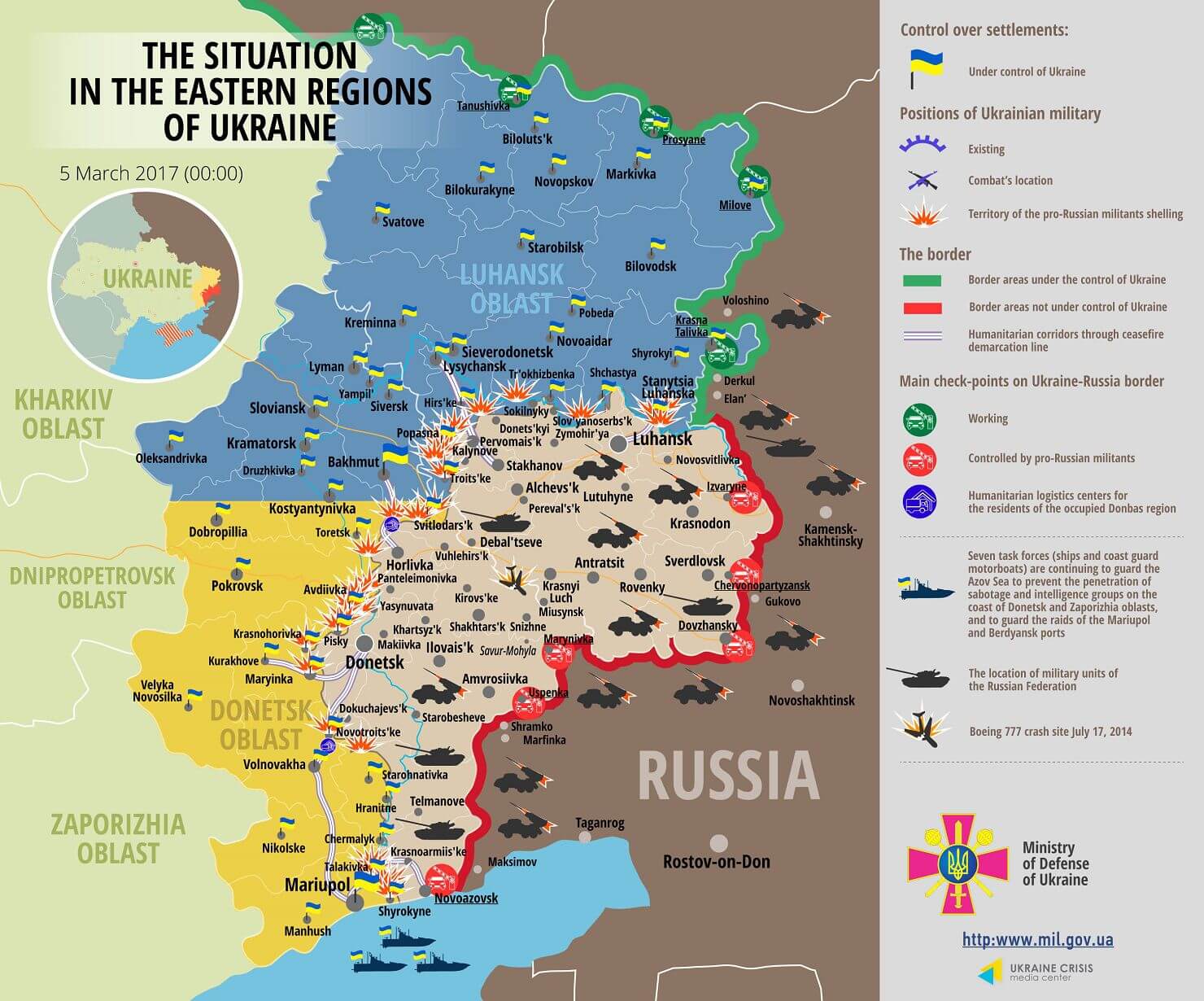 ”The villages of Kalynove-Popasna, Novozvanivka and Troyitske in the Luhansk sector were attacked with the use of 152mm artillery systems, while 122mm artillery systems and mortars of various calibers shelled the villages of Novo-Oleksandrivka, Krymske, Orikhove, Katerynivka, Troyitske, and Novozvanivka, and the town of Popasna. Antitank guided missile launchers were repeatedly used to shell our positions near the village of Krymske. Russian troops launched over 60 mortar shells at Ukrainian positions in Krymske during the dayThey fired grenade launchers and large-caliber machine guns on the village of Stanytsia Luhanska, which is an area of disengagement. Stanytsia Luhanska and the village of Valuyske also came under sniper fire,” it said.

Tanks and mortars of various calibers were repeatedly used in the Donetsk sector to shell the town of Avdiyivka, Butivka coal mine, the villages of Pisky, Opytne, Verkhniotoretske, Zaitseve, Kamyanka, and Luhansk. Grenade launchers and small arms were used to fire on Zaitseve and Troyitske. What is more, Zaitseve and Opytne were under sniper fire.