Intensity of attacks on the Ukrainian military positions along the entire line of contact in Donbas has considerably increased after the Trilateral Contact Group in Minsk announced another (the 7th) “full ceasefire” had been agreed from Saturday, April 1, according to the press service of the Anti-Terrorist Operation (ATO) headquarters. 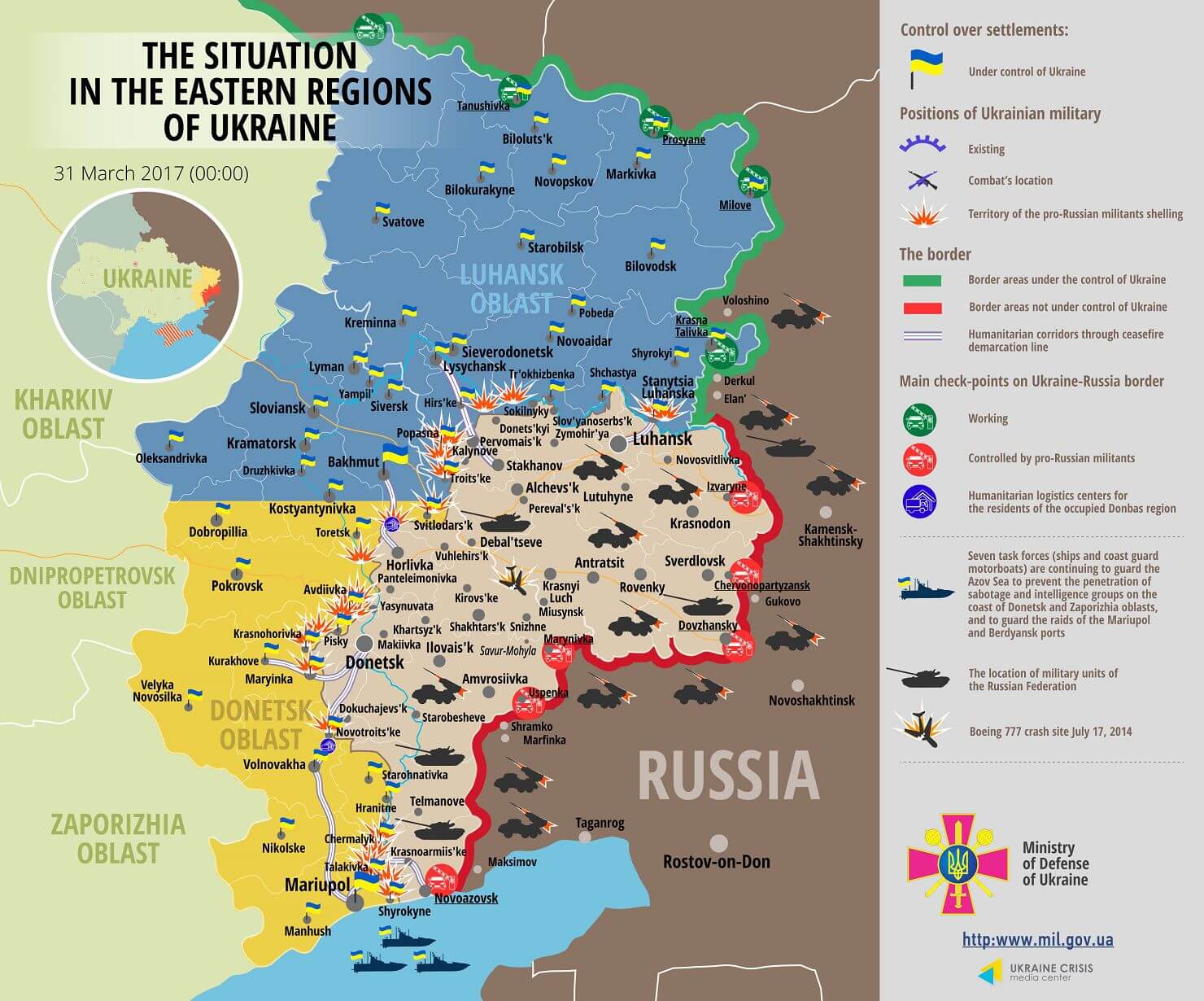 ”Two servicemen were killed amid shelling of the positions of a separate mechanized brigade whose personnel were performing combat tasks near the town of Avdiyivka in the Donetsk sector. Proscribed heavy weapons – a tank, 120mm and 82mm mortars – were used to shell our positions in that direction,” the report said.

At the same time, the headquarters noted that the situation in the ATO zone remains tense.

”Attacks along the entire contact line intensified in the evening. Nine servicemen were wounded amid fighting while another two had military injuries. By firing back, our defenders property repelled the enemy. Information about losses sustained by Russia`s hybrid military forces is being verified,” it said.

The total number of attacks on Ukrainian troops registered from 00:00 to 18:00 local time on Thursday, March 30, was 37 instances.

Earlier, the Trilateral Contact Group has agreed during a new round of the Minsk peace talks on Donbas that a full ceasefire will be declared from April 1, 2017, due to Orthodox Easter holidays, according to a Ukraine envoy`s spokesperson.