Russia`s hybrid military forces attacked Ukrainian army positions in Donbas 112 times in the past 24 hours with four Ukrainian soldiers reported as killed in action (KIA) and three as wounded in action (WIA), according to the press service of the Anti-Terrorist Operation (ATO) Headquarters. 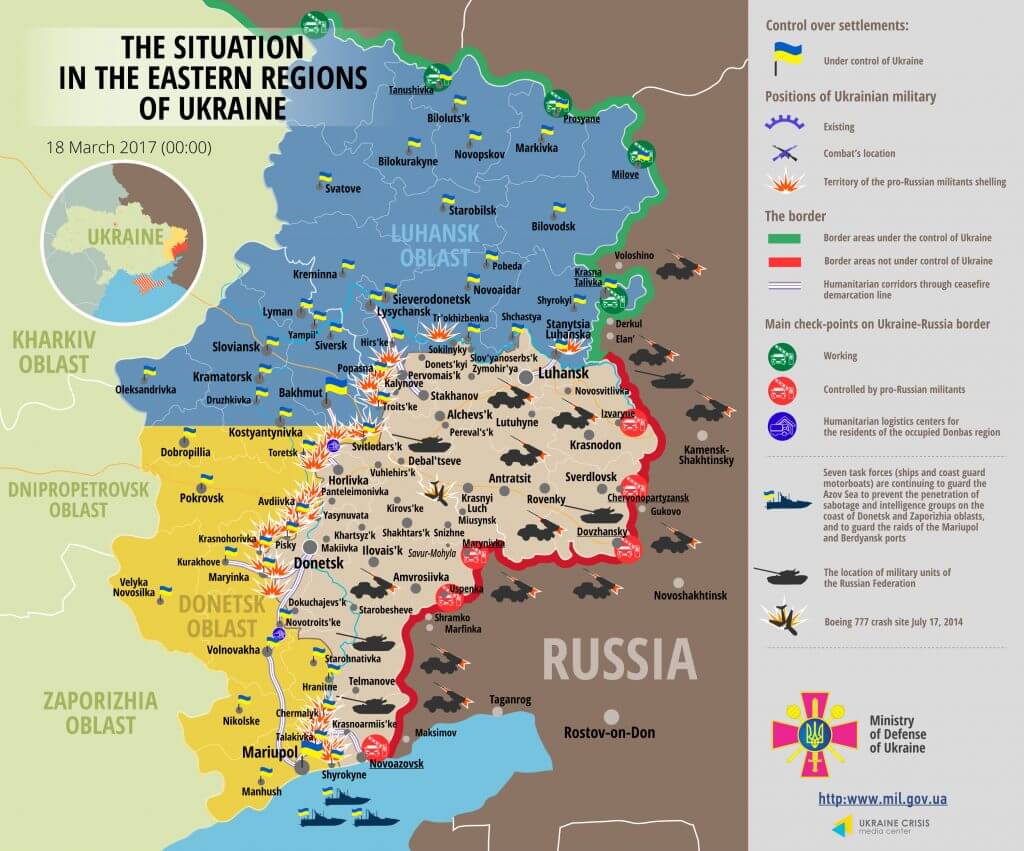 In the Luhansk sector, the Russian-backed militants fired mortars and tripod-mounted man-portable antitank guns near the villages of Novozvanivka, Slavne and Katerynivka.