The police of the Donetsk region noted on February 3, 2023, that Russian troops launched six fire attacks on Avdiivka. Bakhmut, Kramatorsk, Lyman, Kurakhove, Pokrovsk, the town of Velyka Novosilka, the villages of Vremivka, Katerynivka, Orlivka, Tonenke of the Donetsk region (east of Ukraine) were also affected by Russian shelling. Source: The police of the Donetsk region “11 settlements were shelled. Russian troops hit the civilian population with S-300 air defense systems, Grad, and Uragan multiple rocket launchers, artillery, and mortars. 52 civilian objects were destroyed and damaged – 23 residential buildings, a school, a hospital, a store, railway premises, an economic structure, a gas pipe, non-residential premises, garages, cars,” explained the police of the Donetsk region. In addition, Russians launched a rocket attack on Lyman, damaging the infrastructure. There was no information about the victims. The Russian army also hit Kramatorsk with two S-300 missiles. 15 houses, a children’s polyclinic, a school, garages, and cars were destroyed. There are wounded civilians. “Russian troops shelled Pokrovsk using Uragan multiple rocket launcher, targeting critical infrastructure, transport, 1 apartment building, and 5 private houses. According to preliminary information, no one was injured. Russian military also fired at Bakhmut with Grad multiple rocket launcher and artillery, there are dead and wounded civilians, a volunteer was also injured,” added the police of the Donetsk region. See also: Russians shelled Kramatorsk using 2 rockets, at least 5 civilians were injured: photos,...

The Head of the Kharkiv Regional Military Administration Oleg Sinegubov noted that on January 22, 2023, Russian troops shelled the settlements of Kupyansk, Kharkiv, Bohodukhiv, and Chuhuiv districts of the Kharkiv region (east of Ukraine). A woman was killed and a man was wounded as a result of shelling in the Kharkiv region. Source: The Head of... 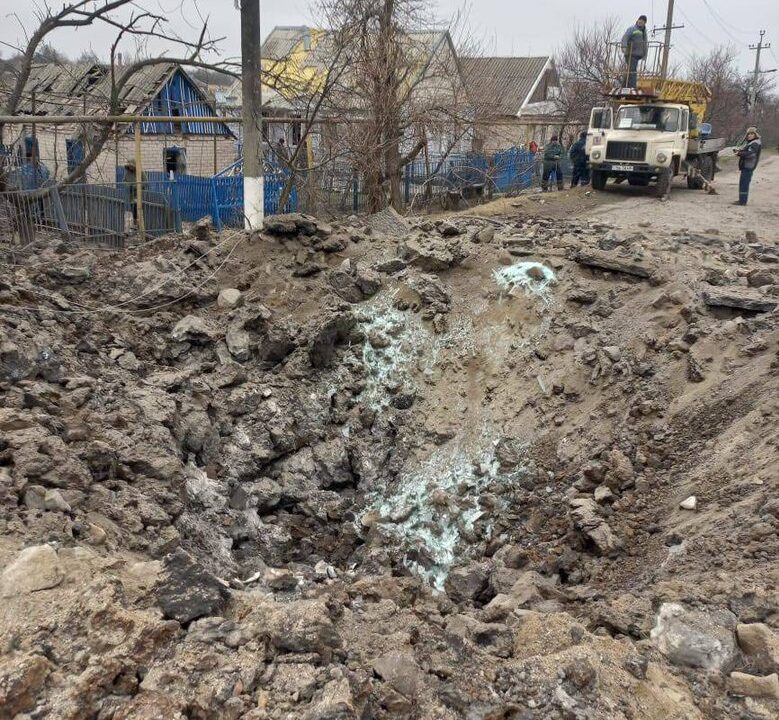 Russians shelled villages near Zaporizhzhia with S-300 missiles, there are destroyed houses: photos

Pavlo Kyrylenko, the head of the Donetsk regional military administration noted that Kostiantynivka in the Donetsk region (east of Ukraine) was hit by two Russian rockets – a kindergarten and a college were damaged, and Avdiivka was hit by four Russian shells from “Grad” multiple rocket launcher in the morning on January 21, 2023....

Pavlo Kyrylenko, the head of the Donetsk regional military administration noted that the Russian army fired three missile strikes at Kramatorsk (Donetsk region, east of Ukraine), one of the rockets fell near a kindergarten on January 20, 2023. There is confirmation of one killed civilian, as well as damage to a school, a preventive clinic, and...

Helicopter crashed in the Kyiv region, leadership of the Ministry of Internal Affairs died: photos, video

Ihor Klymenko, the head of the National Police of Ukraine reported that this morning, on January 18, 2023, a helicopter of the State Emergency Service of Ukraine crashed in Brovary, the Kyiv region. As a result of the crash, the leadership of the Ministry of Internal Affairs of Ukraine died: the Minister Denys Monastyrsky, the First Deputy...

Russian troops shelled 3 communities in the Kharkiv region, there are injured: photos