Facebook CEO Mark Zuckerberg answered round of questions on May 14, 2015 at 4:30pm pacific time during a Townhall at the company’s headquarters. Ukrainian question was first on the agenda, and according moderators it was the most popular question in the history of Q & A sessions, and had more than 40,000 likes.

Ukrainian users of Facebook asked Zuckerberg to open a local office of this social network in Ukraine to establish normal interaction. They were dissatisfied with mass blocking of their accounts for the past 2 months, because of false accusations in content that violated Facebook’s community standards, namely the rule against “hate speech,” “nudity”.

Actually because of “nudity” were blocked a lot of Facebook users who posted a photo of the daughter of Ukrainian soldier Andriy Matvienko. The girl received a state medal “For Valour and Bravery” for her father killed in a battle against Russia-backed terrorists in Eastern Ukraine. 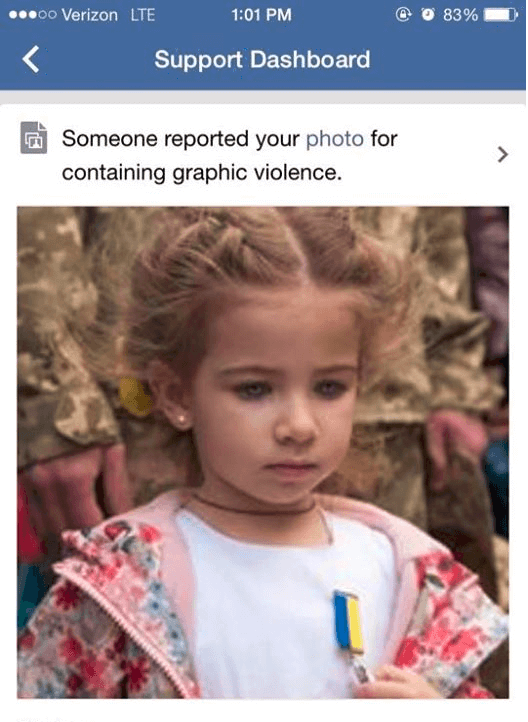 On this photo was depicted the girl with her father Andriy Matvienko, before he was killed by pro-Russian militants: 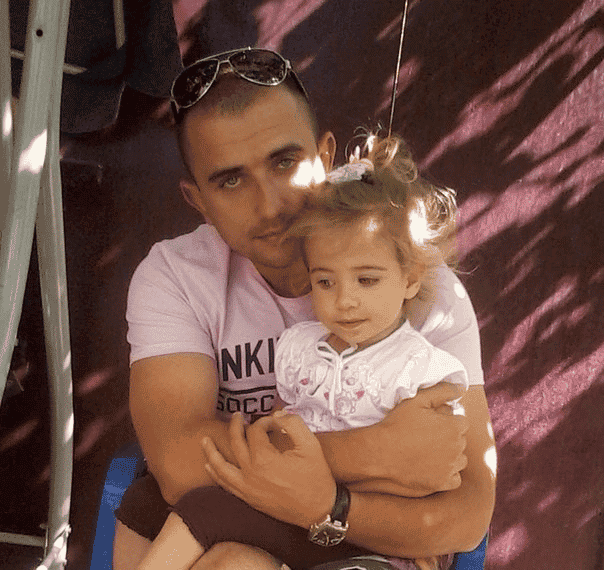 Mark Zuckerberg said that he personally reviewed some messages that were removed without cause, but he believed that most of the violations were indeed, and posts signed containing “hate speech” against the Russians, and because of this they were removed. “I think we made the right decision,” – said Mark:

“We don’t allow content that is overtly hateful, contains ethnic slurs, or incites violence. There were a few posts that tripped that rule, and I think we did the right thing according to our policies by taking down that content.”

Mark also explained that there was an error moderating system through which individual authors of blocked messages mistakenly reported the wrong reason – instead hatespeech was specified nudity (nudity availability):

“We did make one mistake. When we reached out to people to tell them why we took stuff down, there was a bug in the software: the reason [for blocking] content was given as ‘nudity’ instead of ‘hate speech.'[…] But we fixed that and apologized. And we’ll try not do this again.”

As for the possible opening of Facebook office in Ukraine, Zuckerberg replied diplomatically his social network might consider opening an office in Ukraine some time “in the future”. That actually means “no.”

“Are we willing to put an office in Ukraine? Over time, it’s something we might consider in the future. There are advantages to people working for Facebook not spread out around the world, but in a smaller number of offices. It makes sense to have local teams for sales, marketing, but for engineering and things like that it makes sense to centralize. But as we look to expand over time, we will, of course, consider all of these countries.”