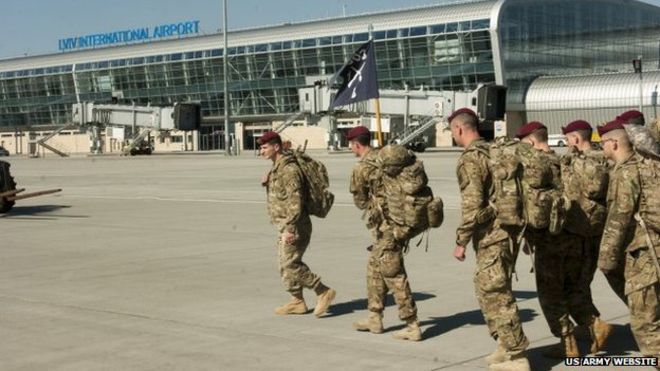 The US army spokesman Donald Wrenn announced that about 300 soldiers of the 173rd Airborne Brigade will be training three battalions of the National Guard of Ukraine, at the Ukrainian military zone in Yavoriv near the Polish border, Lviv Region, Western Ukraine, for six months:

“Soldiers of the 173rd Airborne Brigade have been arriving over the last week,” said Donald Wrenn.

“We will have about 300 soldiers from the brigade on the ground providing the training that will last over the next six months.”

Operations officer for the brigade, Major Jose Mendez, says that they will train war-fighting functions, reports the US Army site:

“We will be conducting classes on war-fighting functions, as well as training to sustain and increase the professionalism and proficiency of military staffs,” states Major Jose Mendez.