Ukraine returned 215 of its defenders from Russian captivity, in particular, 108 soldiers of the “Azov” regiment as part of the exchange on September 22, 2022. Instead, the Ukrainian side returned pro-Russian politician Viktor Medvedchuk and 55 captured Russians to Russia.

“There was a large exchange of prisoners. We got 215 people from RF captivity. Among them are commanders, defenders of “Azovstal” and pregnant military women.” 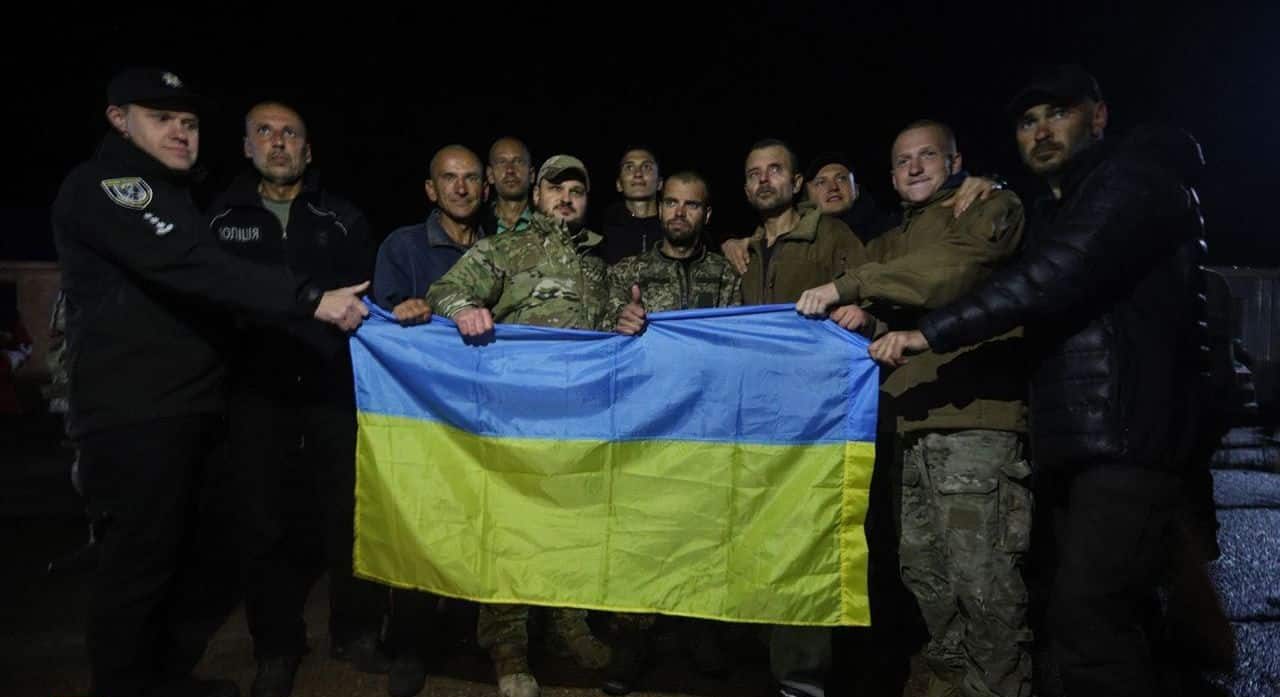 Specifically, 108 soldiers of the “Azov”, regiment and other formations of the National Guard of Ukraine, as well as servicemen of Ground and Naval Forces and the territorial defense of the Armed Forces of Ukraine and the State Border Guard Service, National Police, the State Special Transport Service and State Customs Service were returned to Ukraine.

“Congratulations, our men, our heroes, on your return. Glad to see everyone since we’ve been speaking only by phone earlier. We are extremely proud of what you have done for our country. We are proud of each of you.”

Volodymyr Zelenskyy also noted that preparation for this exchange was very difficult and long.

See also: Up to 50 women are in Russian captivity, 2 of them are pregnant