The occupiers abandon their positions around Kharkiv, but prepare an offensive in the south of Ukraine

The Russian military probably decided to abandon their positions around Kharkiv (east of Ukraine) because the Ukrainian Armed Forces did not allow them to surround the city.

Source: Institute for the study of war

“Ukraine thus appears to have won the Battle of Kharkiv. Ukrainian forces prevented Russian troops from encircling, let alone seizing Kharkiv, and then expelled them from around the city, as they did to Russian forces attempting to seize Kyiv.” 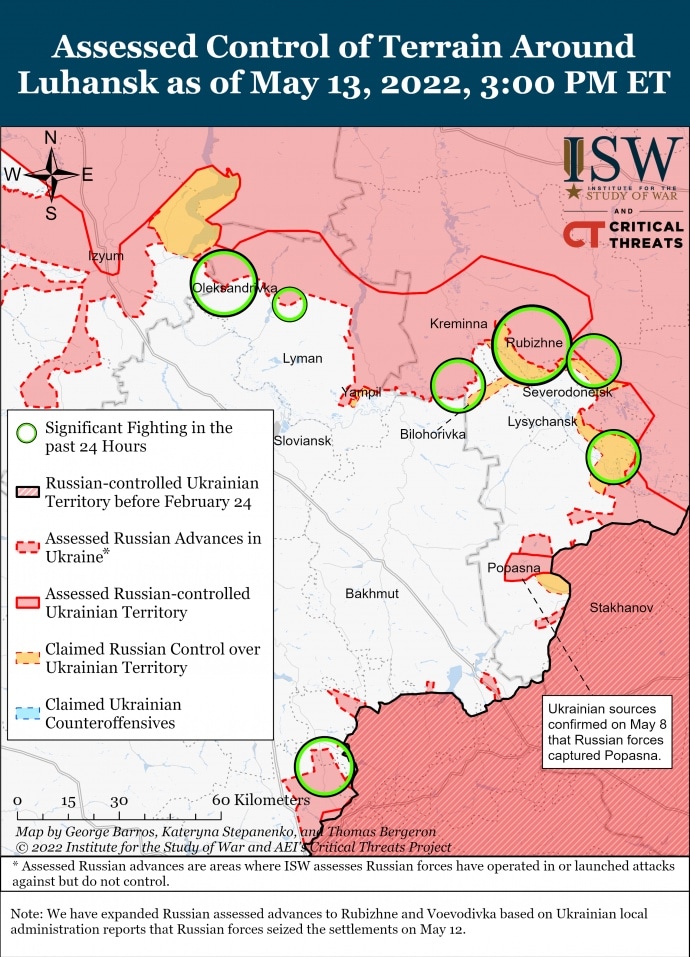 The Atlantic Council, meanwhile, notes that the counter-offensive of the Armed Forces of Ukraine near Kharkiv is more effective than any Russian offensive during the month.

In the south of Ukraine, the Russian occupiers do not give up hope of capturing the entire Ukrainian Black Sea coast, but Ukrainian Armed Forces defend their land.

See also: About 6 thousand Russian soldiers were killed by Azov Regiment in Mariupol