Combined Russian-separatist forces attacked Ukrainian army positions in eastern Ukraine 24 times in the past 24 hours, including 11 times in the Mariupol sector, seven times in the Donetsk sector and six times in the Luhansk sector, according to the press center of the Anti-Terrorist Operation headquarters (ATO HQ).

In the Mariupol sector, the militants fired 120mm and 82mm mortars at the villages of Shyrokyne, Talakivka and Vodiane. In addition, they fired artillery at Shyrokyne. 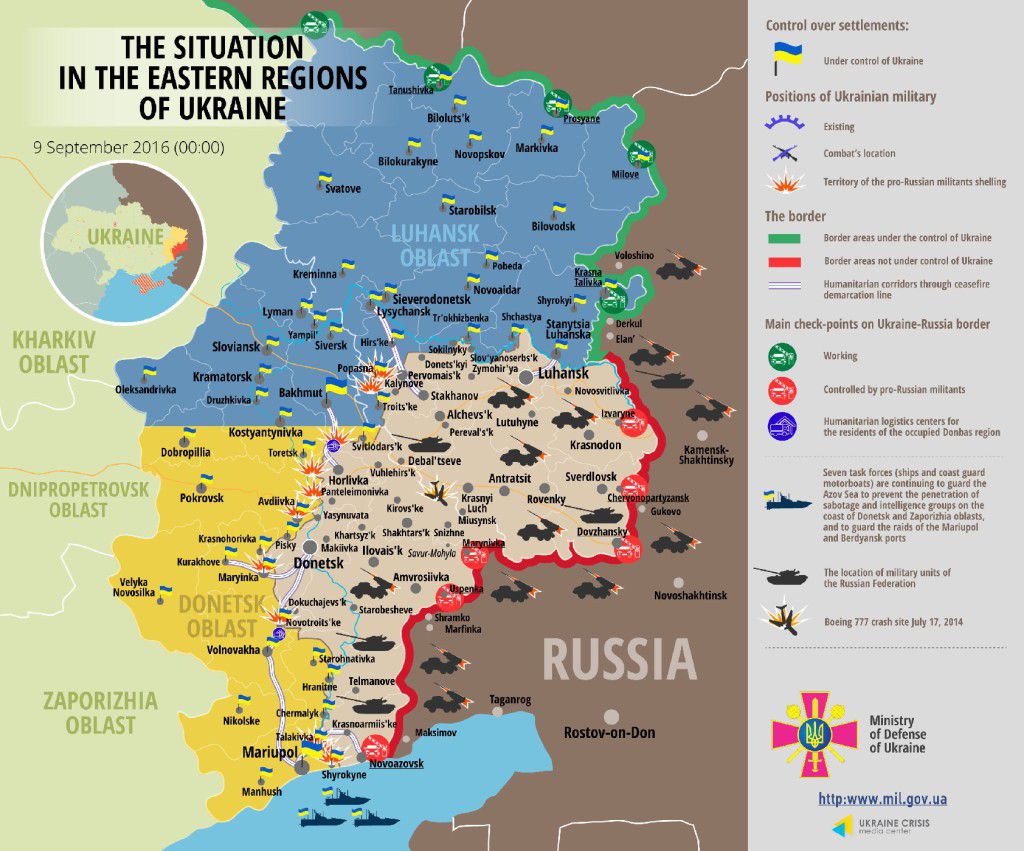 ”In the Donetsk sector, provocative attacks by Russian-occupation forces occurred near the town of Avdiyivka, and the villages of Verkhniotoretske and Novhorodske, where the enemy used machine guns, small arms and rocket-propelled grenades,” the report says.

Despite the militant`s provocative actions, the Armed Forces of Ukraine unswervingly adhere to the Minsk agreements.