”Silence mode” in Donbas not working: Russian militants fire on Ukraine positions in all directions

Russian-backed militants continue to violate ceasefire in the ATO zone, press secretary of the Ministry of Defense of Ukraine for ATO Oleksandr Motuzyanyk has told a Kyiv briefing Tuesday, according to an UNIAN correspondent. 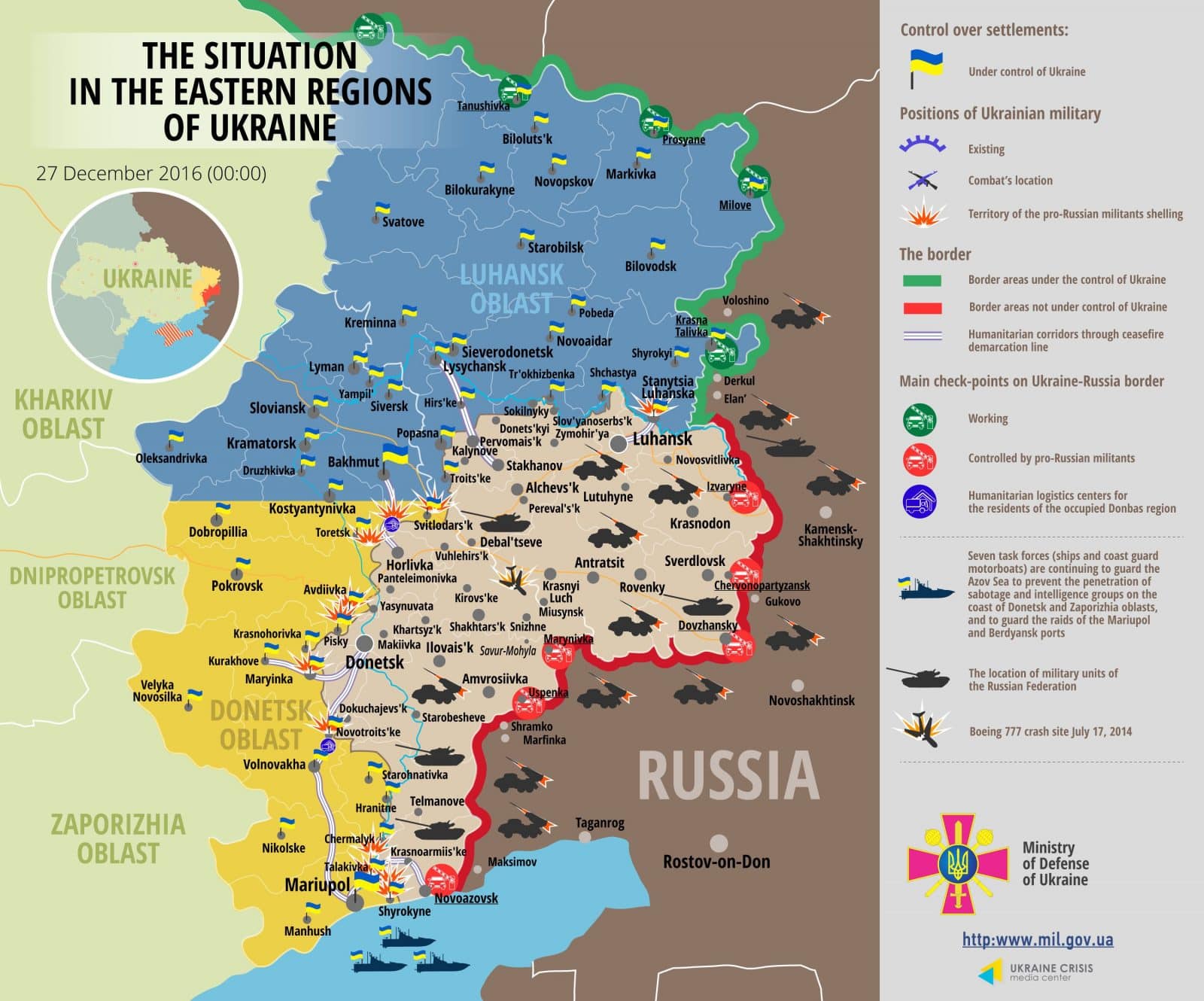 ”The past 24 hours proved that the enemy does not comply with the agreements reached previously on the full and comprehensive ceasefire, starting December 24. The enemy continues to shell Ukrainian positions, which have traditionally been the hottest spots in the past weeks,” said Motuzyanyk.

According to the press secretary, in the direction of Luhansk, only one case of a ceasefire breach was recorded in the afternoon when militants fired from grenade launchers at Ukrainian positions near Stanytsia Luhanska.

Motuzyanik said that the lion`s share of the shellings by militants was recorded in the Donetsk direction, near the Svitlodarsk Arc.

”Over the past day in the Donetsk direction, there were 12 enemy attacks, with one involving mortars,” said Motuzyanyk.

According to him, in the direction of Mariupol, the situation remains most tense in Shyrokine, where the militants used ”virtually the entire range of weapons at their disposal, with the exception of rocket artillery.”

In total, 24 shellings by militants were recorded in the Mariupol direction. Of these cases, heavy artillery was used 10 times.