”Silence” gets louder in Eastern Ukraine: 21 shellings recorded in past 24 hrs

Over the past day, Russian occupation forces opened fire 21 times on the positions of the Ukrainian military in Donbas, according to the press center of the Anti-Terrorist Operation.

In particular, 10 attacks were recorded in the direction of Donetsk, the ATO press service wrote on Facebook. 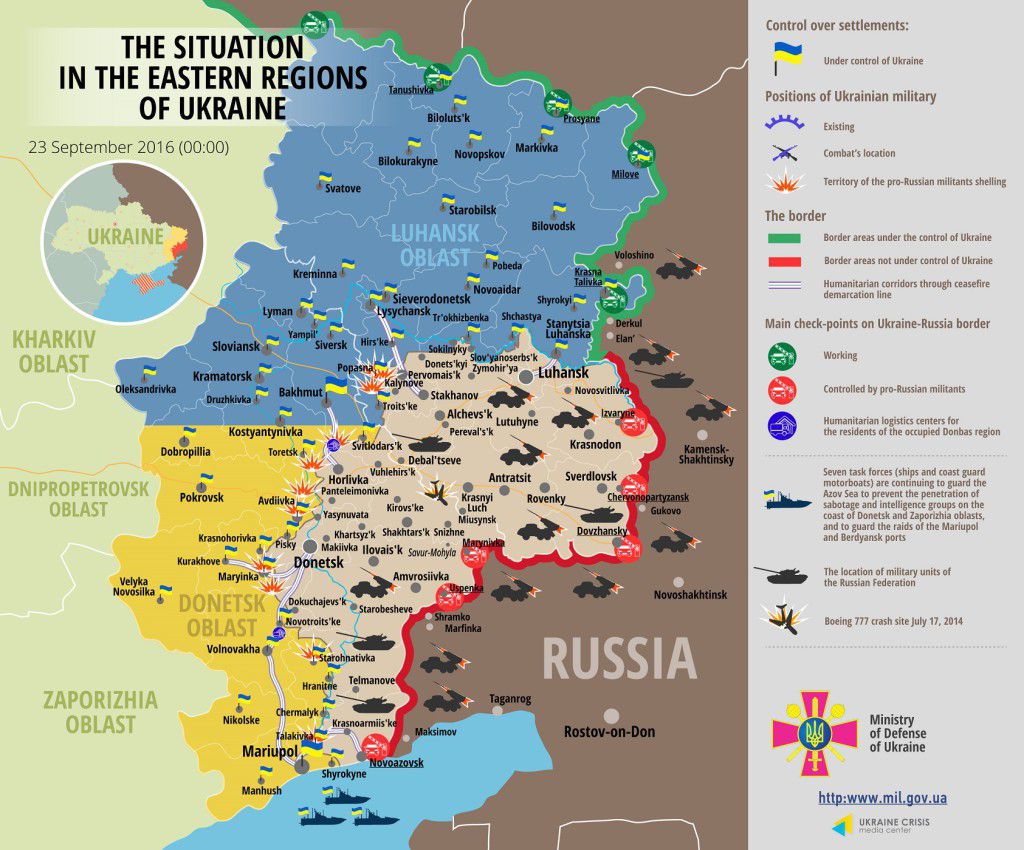 Seven violations of the ”silence regime” were recorded in the Mariupol direction. The militants resorted to harassing fire from small arms in the areas of Maryinka, Starohnativka, Talakivka, and Taramchuk. The enemy sniper group was active outside Taramchuk.

In Luhansk direction, four violations of ceasefire were recorded. The enemy resorted to armed provocations in the areas of Novooleksandrivka, Popasna, and Novozvanivka, where the militants fired from grenade launchers, machine guns, and small arms.

In addition, in the area of Novoolekandrivka, the enemy sniper group was active, while the positions of ATO forces outside Novozvanivka and Novooleksandrivka were fired upon from infantry fighting vehicles.

It is noted that two UAV overflights were recorded in the ATO zone in the last 24 hours.