Seven Ukrainian soldiers were killed and another nine were wounded in the Donbas conflict zone in the last 24 hours, Secretary of Ukraine`s National Security and Defense Council Oleksandr Turchynov said on Tuesday, according to an UNIAN correspondent.

”In the last day, we lost seven Ukrainian soldiers, and another nine were wounded as a result of military clashes,” he said, stressing that it was the greatest number of losses over the past year.

”The military and political leadership of the Russian Federation is responsible for these bloody provocations as it systematically and consistently torpedoes the peaceful solution to the conflict and the liberation of the occupied territories,” Turchynov said. 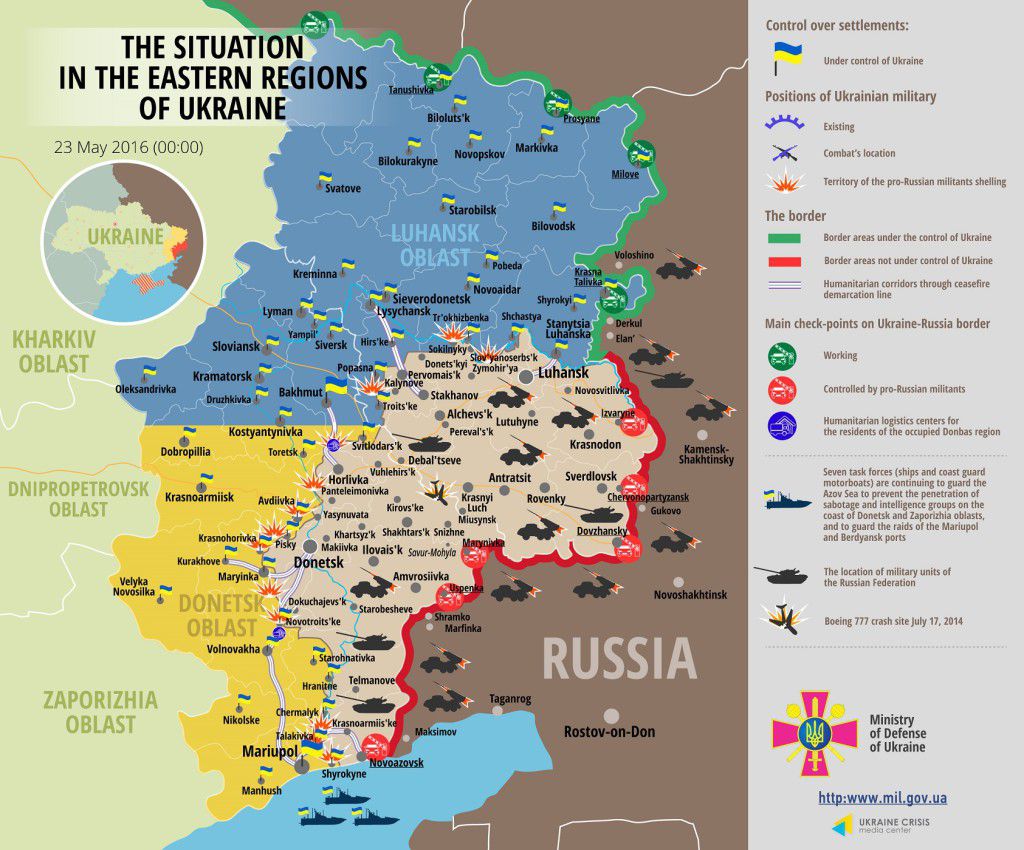 The combined Russian-separatist forces attacked Ukrainian army positions in eastern Ukraine 47 times in the past 24 hours, according to the press center of the Anti-Terrorist Operation (ATO).

”Yesterday night, the enemy intensively shelled our fortified positions near the town of Maryinka, using small arms, grenade launchers of various systems and 82mm mortars. The enemy sniper opened fire several times there. In the same sector, the militants fired 82mm and 120mm mortars on the defenders of the town of Krasnohorivka,” the report says.

The situation was tense near the town of Avdiyivka, where the militants continued firing mortars and grenade launchers on the Ukrainian positions.

”At the Horlivka-Svitlodarsk bridgehead, the enemy fired small arms and rocket-propelled grenades on the Ukrainian fortified positions near the villages of Zaitseve and Luhanske,” the report reads.

In the Mariupol sector, the illegal armed groups opened fire from heavy machine guns, grenade launchers, and from time to time, from anti-aircraft guns on ATO fortified positions near the villages of Shyrokyne, Berezove and Hnutove. They also fired 120mm mortars on the village of Lebedynske late evening.

In Lugansk region, the occupiers fired rocket-propelled grenades on the Ukrainian soldiers near the villages of Stanytsia Luhanska and Novozvanivka.

”The enemy does not leave attempts to conduct reconnaissance of ATO forces using drones. In the last day, the Ukrainian army recorded nine enemy unmanned aerial vehicles over its positions,” the press center said.

Since the beginning of the day, the Russian-backed mercenaries did not reduce their activity. They continued to fire mortars on the Ukrainian fortified positions near Maryinka and Krasnohorivka. In Luhansk region, the militants fired from infantry fighting vehicles heavy machine guns near Novozvanivka.