As reports the Press Center of the Security Service of Ukraine (SBU) near Ukrainian city Zhytomyr in a wood was discovered a cache of arms and ammunition, camouflaged as the trash. 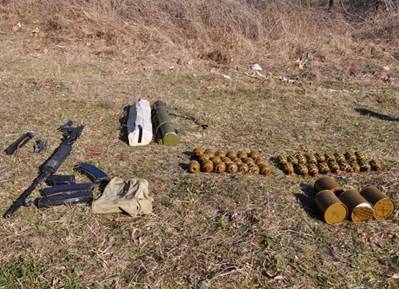 Besides, on April 8, 2015 SBU Press Center reported that near the chemicals plant in Luhansk region the Security Service of Ukraine officials detected “ammunition and explosives bynker, which was organized by militants”:

“Offenders covered up destruction means on the suburbs of Ukrainian town Rubizhne, not far from one of chemicals plants. In tumble-down building near the race for Severodonetsk operatives detected two RPG -26 grenade-launchers, F-1 and RGD-5 ball grenades and trotyl blocks. Ammunition load, which was left by terrorists, was designed for carrying out of subversives on the territory of peaceful residential places. In particular, law-enforcers investigate the case that ammunition was designed for carrying out of explosion on the territory of the chemicals plant,” states Press Center 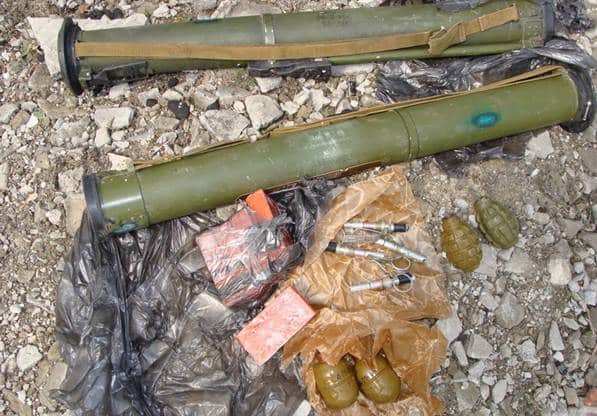