Combined Russian-separatist forces attacked Ukrainian army positions in eastern Ukraine 30 times in the past 24 hours, including 10 times in the Mariupol sector, five times in the Donetsk sector and 15 times in the Luhansk sector, according to the press center of the Anti-Terrorist Operation headquarters (ATO HQ). 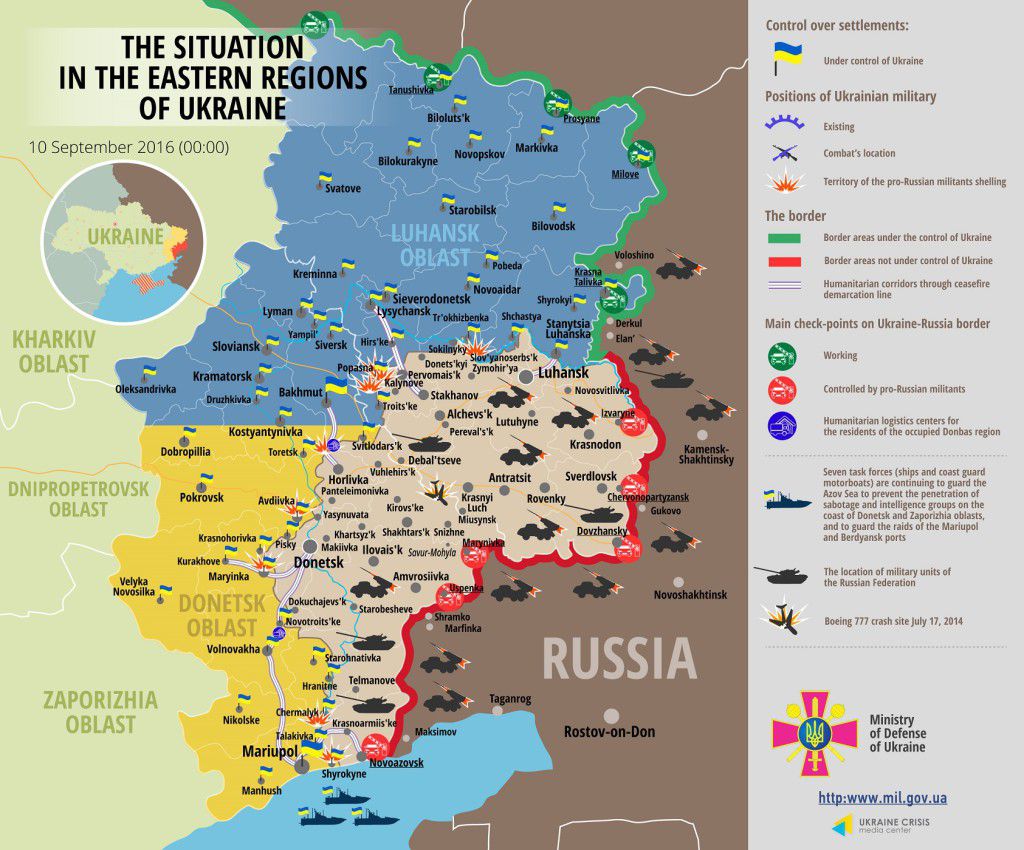 Three Ukrainian soldiers were killed and another one was injured in the Donbas conflict zone in the last 24 hours It happened in the town of Maryinka during the development of a firing position due to an operation of an explosive device.

”In the Luhansk sector, the enemy fired machine guns, small arms and rocket-propelled grenades on the villages of Novo-Oleksandrivka and Novozvanivka, and the town of Popasna. In addition, a sniper was active in Novo-Oleksandrivka,” the headquarters said.

“Despite Russian fire, the Armed Forces of Ukraine unswervingly adhere to the Minsk agreements,” the press center said.