Russian occupation forces opened fire on Ukrainian positions in Donbas 28 times in the last day, according to the Anti-Terrorist Operation (ATO) headquarters.

In particular, 13 attacks were reported in the Donetsk sector alone. The occupiers fired rocket-propelled grenades, machine guns and small arms in the villages of Avdiyivka, Zaitseve, Novoselivka and Verkhniotoretske. 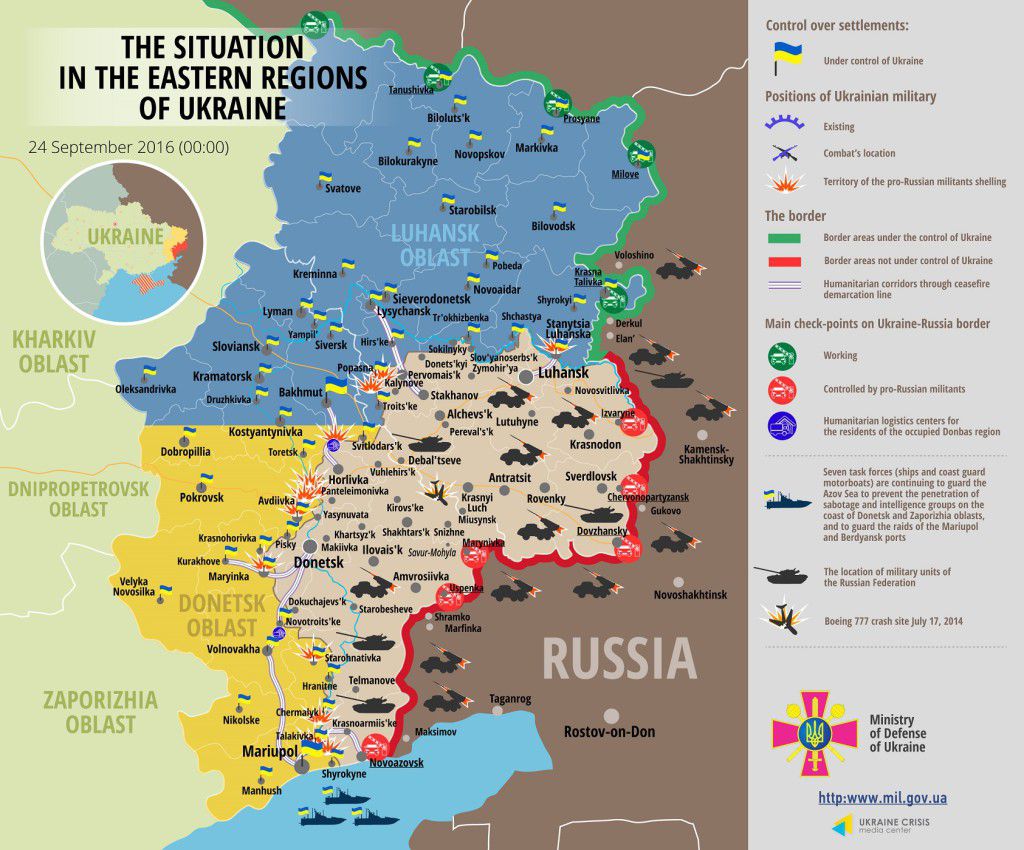 In addition, the occupiers opened fire from anti-aircraft twin-barreled autocannon ZU-23-2 on Avdiyivka. A sniper was active in Verkhniotoretske. The militants also attacked Zaitseve and Novoselivka Druha with 120mm and 82mm caliber mortars.

Four violations of the ”silence regime” were recorded in the Luhansk direction The enemy resorted to armed provocations in the area of Novozvanivka and Novooleksandrivka where they fired 82mm mortars and applied Zu-23-2, rocket-propelled grenades and small arms.

The Ukrainian army recorded three flights of enemy UAVs in the ATO zone.

Despite provocations, the Armed Forces of Ukraine unswervingly adhere to the Minsk agreements, the ATO HQ wrote.