Russian troops use heavy weapons with Avdiyivka being hottest spot

The combined Russian-separatist forces attacked Ukrainian army positions in eastern Ukraine 15 times in the past 24 hours, using heavy weapons, according to the press center of the Anti-Terrorist Operation (ATO). 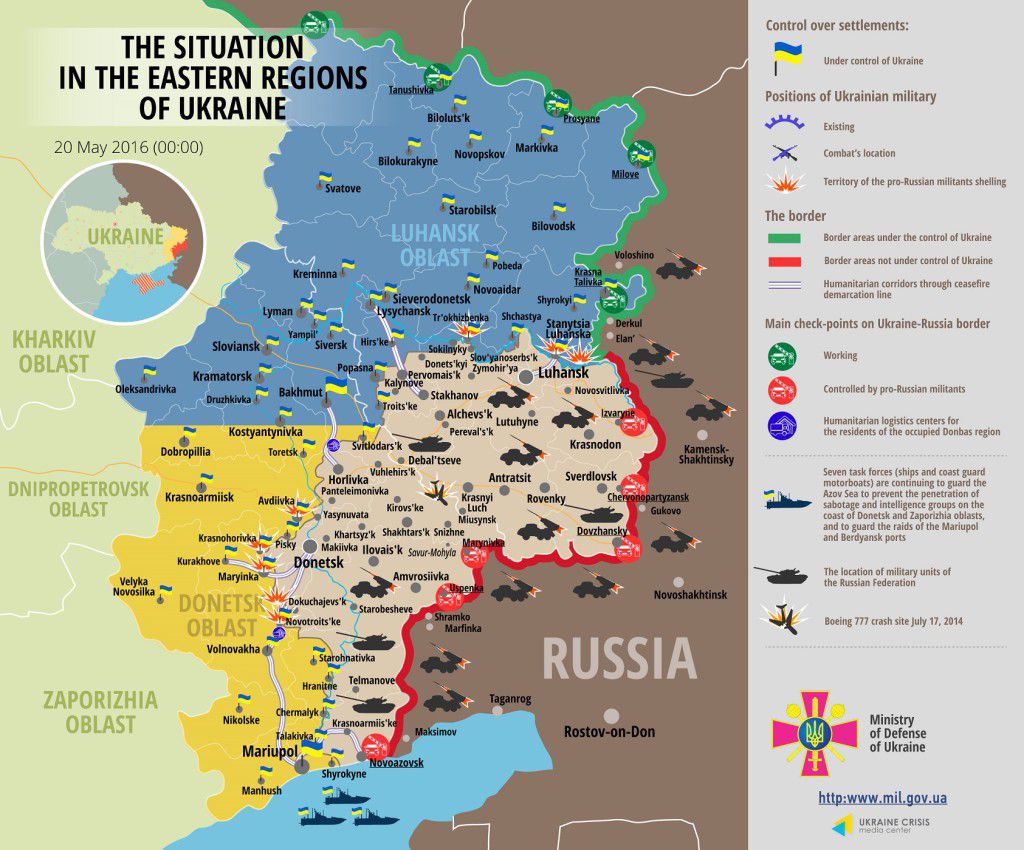 The industrial area on the southern outskirts of the town of Avdiyivka remains the hottest spot on the map of Donbas hostilities. The militants repeatedly fired small arms, rocket-propelled grenades, 82mm and 120mm mortars on the Ukrainian fortified positions there.

In the Mariupol sector, the occupiers repeatedly opened fire from heavy machine guns, grenade launchers of various systems and anti-aircraft guns on ATO fortified positions near the village of Novotroyitske.

In Luhansk region, the enemy fired a tripod-mounted man-portable antitank gun on the Ukrainian soldiers near the village of Syze.

In addition, the militants have violated the ceasefire at least thrice since the beginning of Friday, May 20. They fired 82mm and 120mm mortars on the Ukrainian fortified positions near the town of Avdiyivka and the village of Opytne.