Russian troops launched 62 attacks on Ukrainian territories in Donbas over the past day. 2 Ukrainian troops reported as killed in actions, 2 wounded in action (WIA), 2 sustained blast injury, according to the press service of the Anti-Terrorist Operation (ATO) Headquarters. 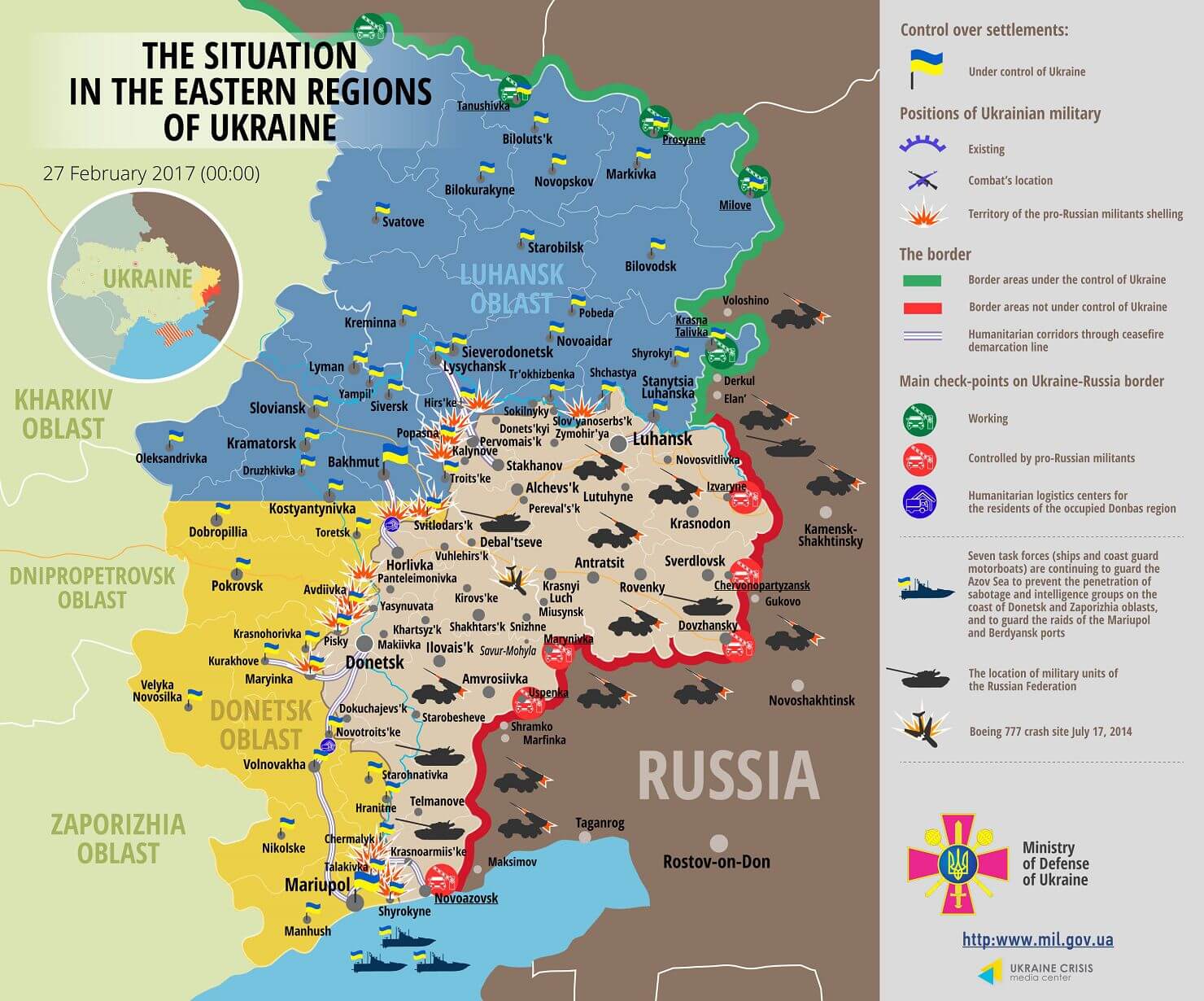